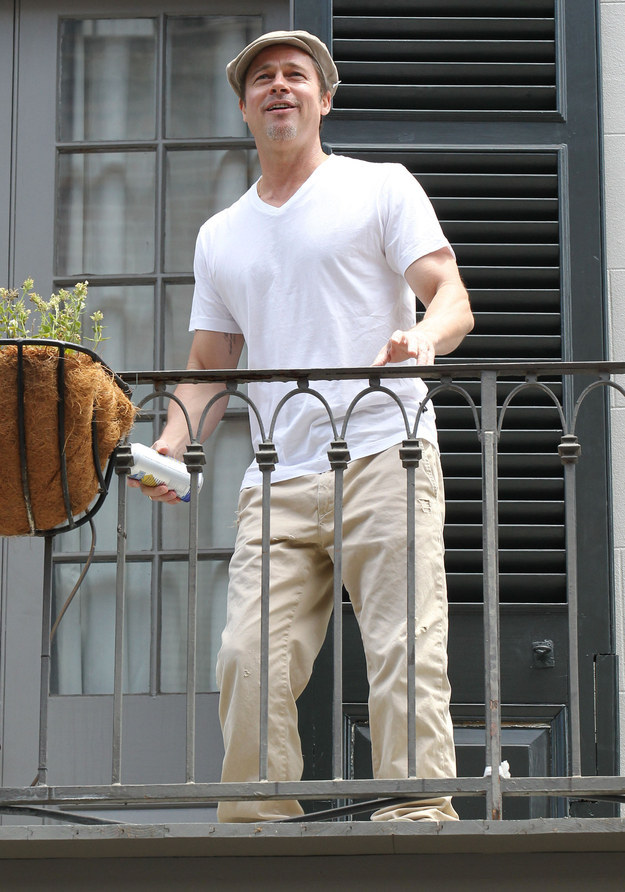 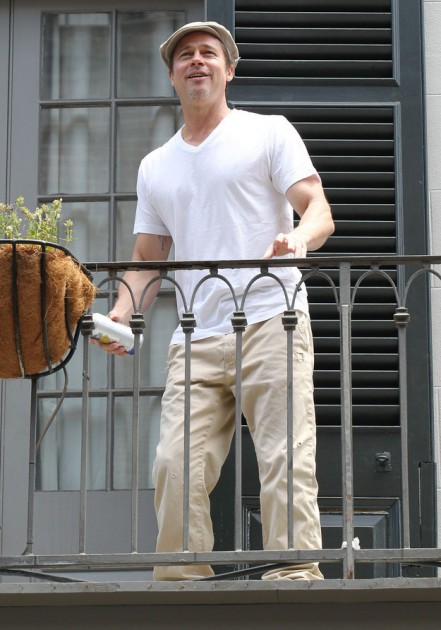 Stars… they’re just like us has got nothing on Stars… they’re just throwing beer cans across New Orleans’ balconies, and luckily we got a heavy pour over the weekend from a pair of Golden Globe winners, both of whom happened to be shacking up in NOLA (McConaughey shooting a segment for The Amazing Race and Pitt just living his life). 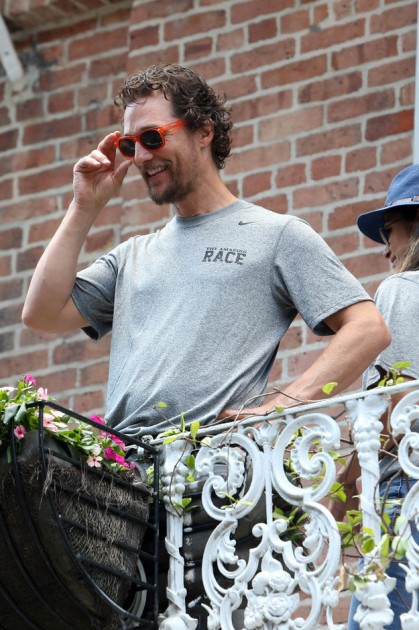 1994 Angels in the Outfield star Matt McConaughey was unwinding on his French Quarter balcony with Saints quarterback Drew Brees when a certain Moneyball actor — Mr. Pitt — emerged across the way. Banter, banter (“Can’t get enough of that True Detective, Matty” “World War Z was top-notch entertainment, Pitt-bull”). Then: Pitt disappears inside. But not for long. 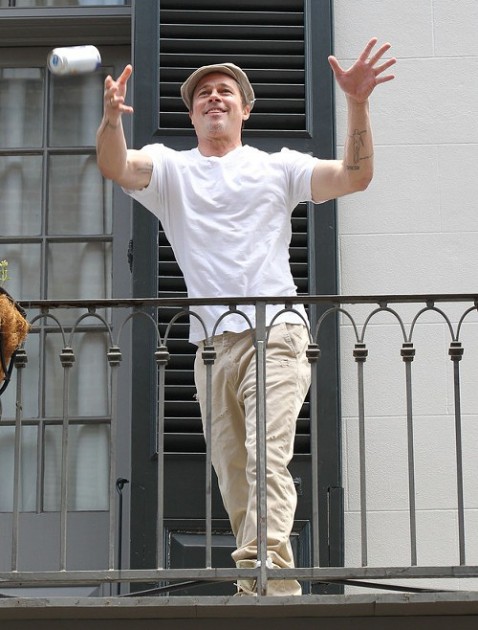 “This one’s for you, Mr. McConaughey.”

He’s back, and this time with a NOLA Hopitoulas in hand. He carefully winds it back before vaulting it across the busy street over to a thirsty McConaughey. 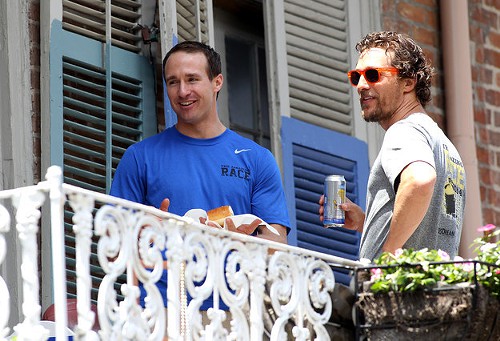 “How great are my sunglasses, Drew?”

He tosses. He catches! Sippage ensues. And thus was born a most beautiful trend, the McConaughey/Pitt New Orleans Beer Toss. Roll the tape: