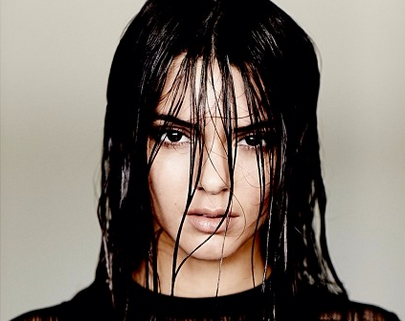 Hold the phone. In case one topless Kardashian wasn’t enough for your Tuesday (see: Kanye’s new video featuring a topless Kim Kardashian), there’s more toplessness to behold. Kendall Jenner, Kim’s half-sister, is growing up fast. How fast? Like posing for photographer Russell James in a picture that exposes a whole lotta Jenner fast. The newly minted 18-year-old (she turned 18 on November 3rd) is not what some might call a “shy girl.”

The caption reads: Thanks @kendalljenner and amazing crew for a great shoot. Look forward to sharing all the shots soon.@thesocietynyc