Virgil Abloh delivered a dreamy collection for Louis Vuitton, Dior found inspiration from one Britain’s most famous punks, and Rick Owens went full Ziggy Stardust. Closing out the first men’s fashion month of a new decade, we highlighted some of the best looks from Paris Men’s Fashion Week Fall 2020. 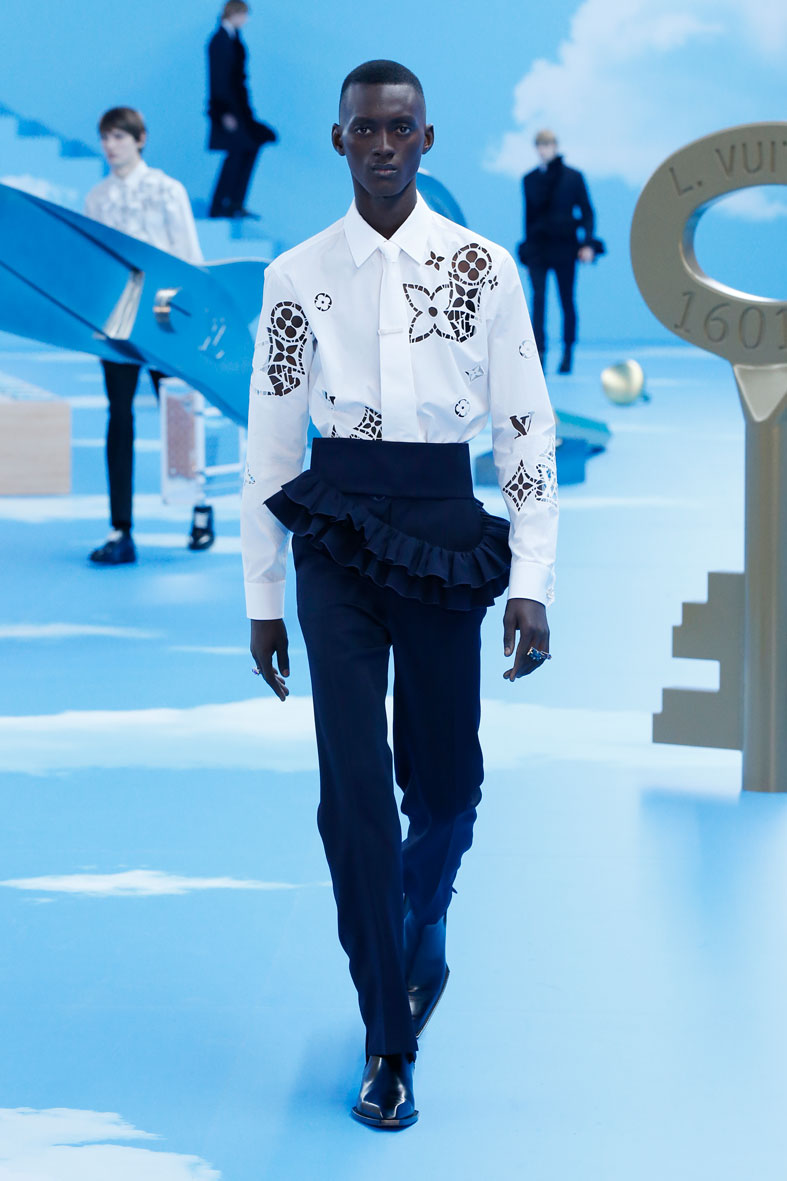 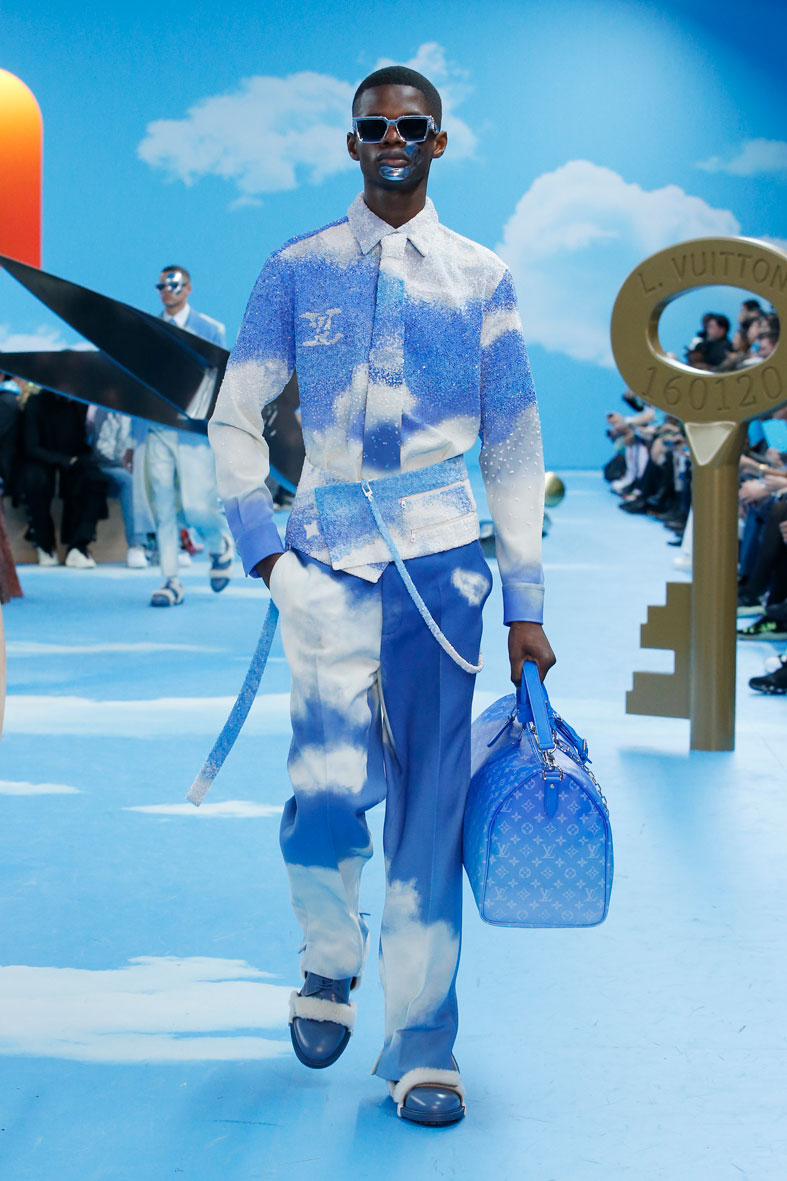 In his strongest presentation yet, Virgil Abloh found a way to effortlessly integrate his signature street aesthetic into Louis Vuitton’s respected history with a surreal series of tailored looks updated in airy tie-dye prints and ruffle details. Watch the show now. 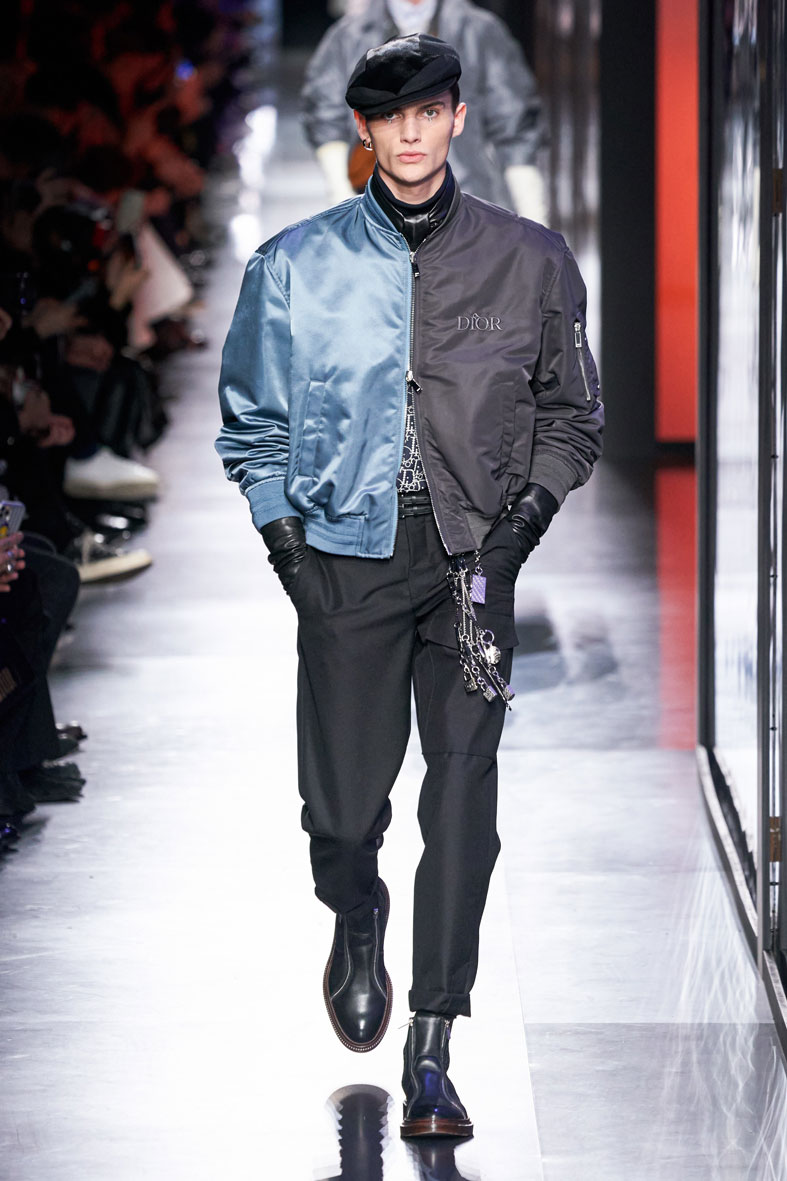 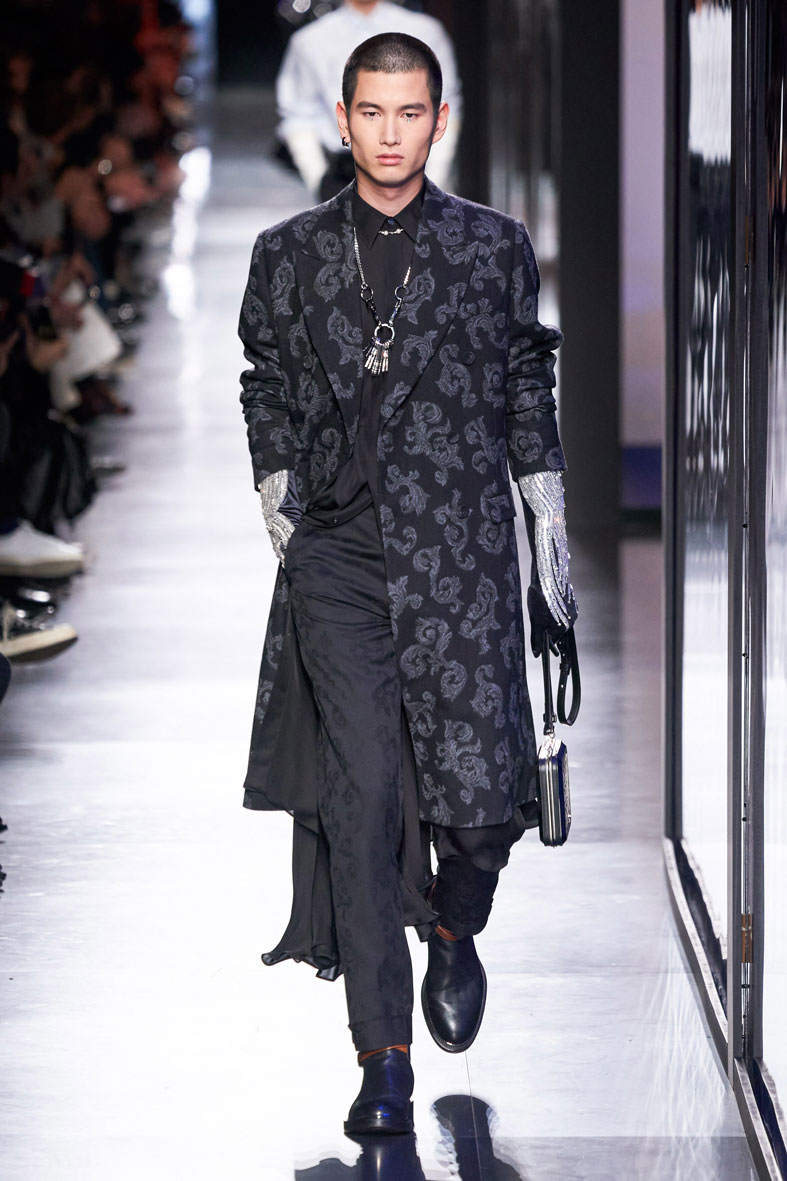 Finding inspiration in the work and legacy of British creative Judy Blame, Kim Jones delivered a series of post-punk newsie looks that were heavy on embellishments. Watch the show now. 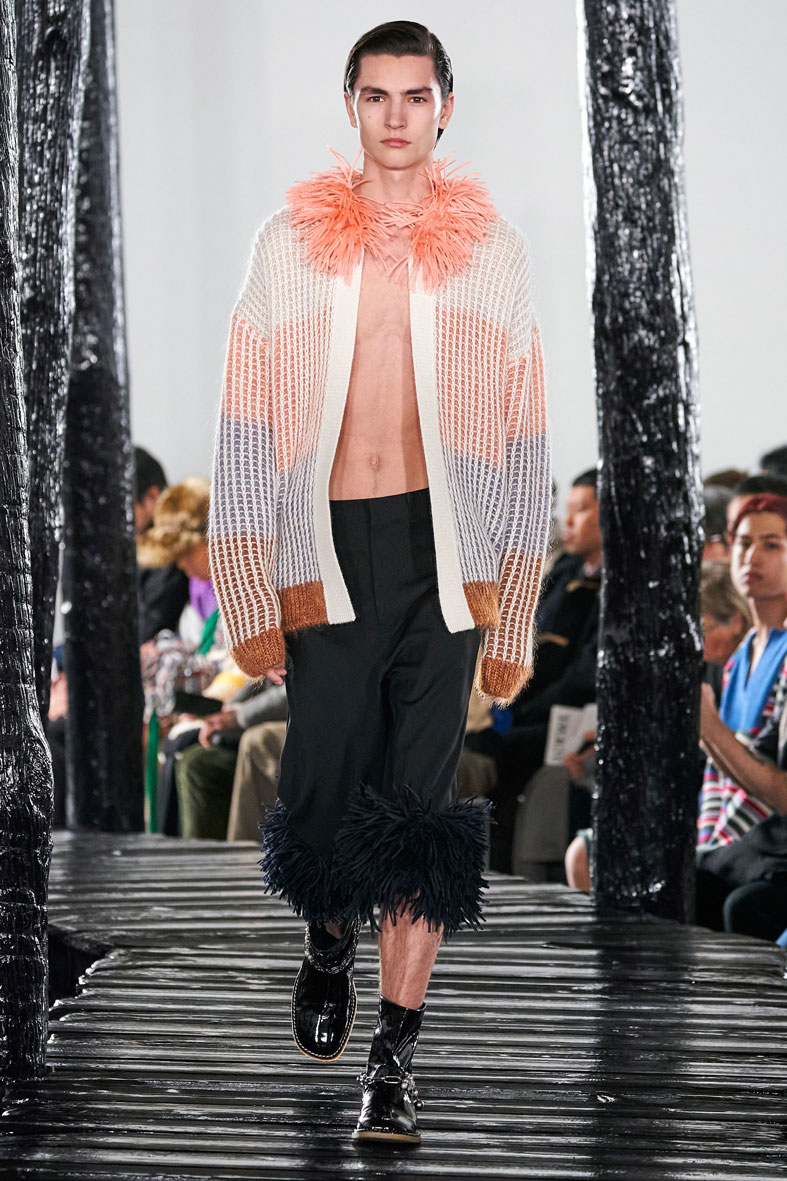 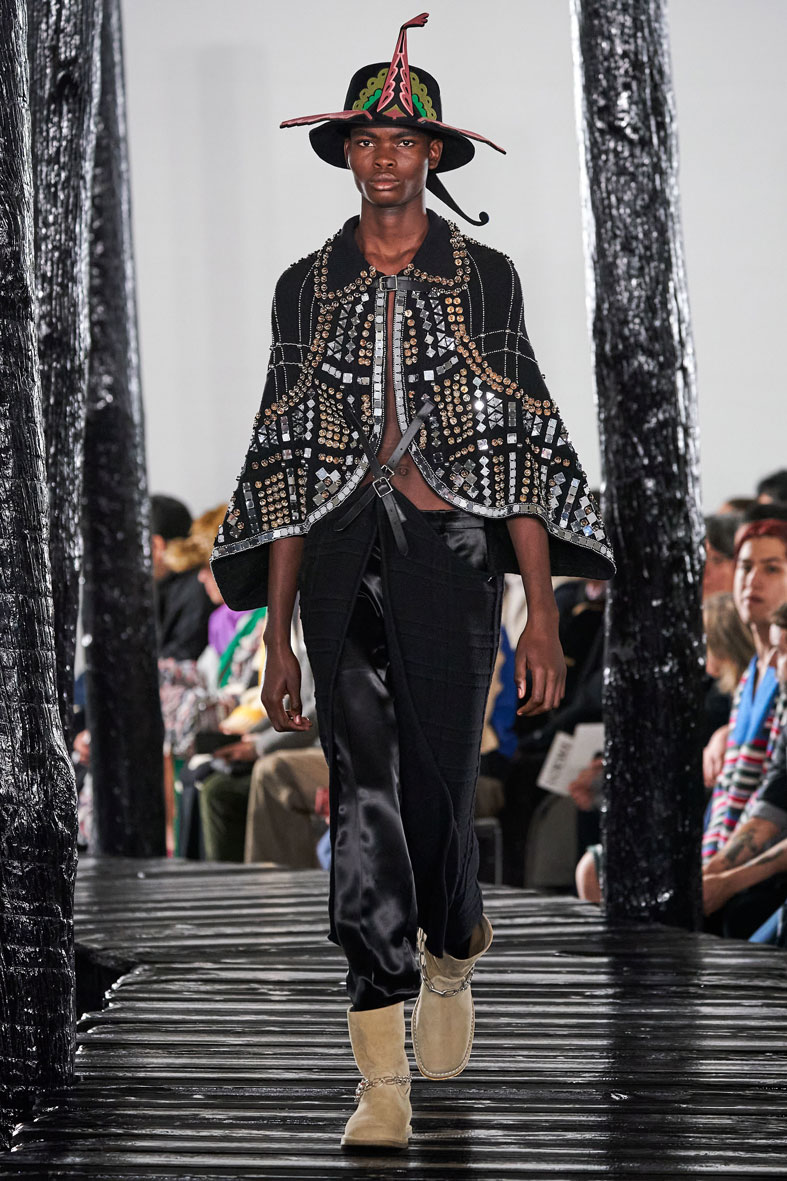 Loewe veered away from the tailoring and streetwear fixation of the men’s shows and opted for pure fantasy. Men in gowns, feather cuff accents, and funky prints offered a glimpse at the next wave of the menswear revolution. Watch the show now. 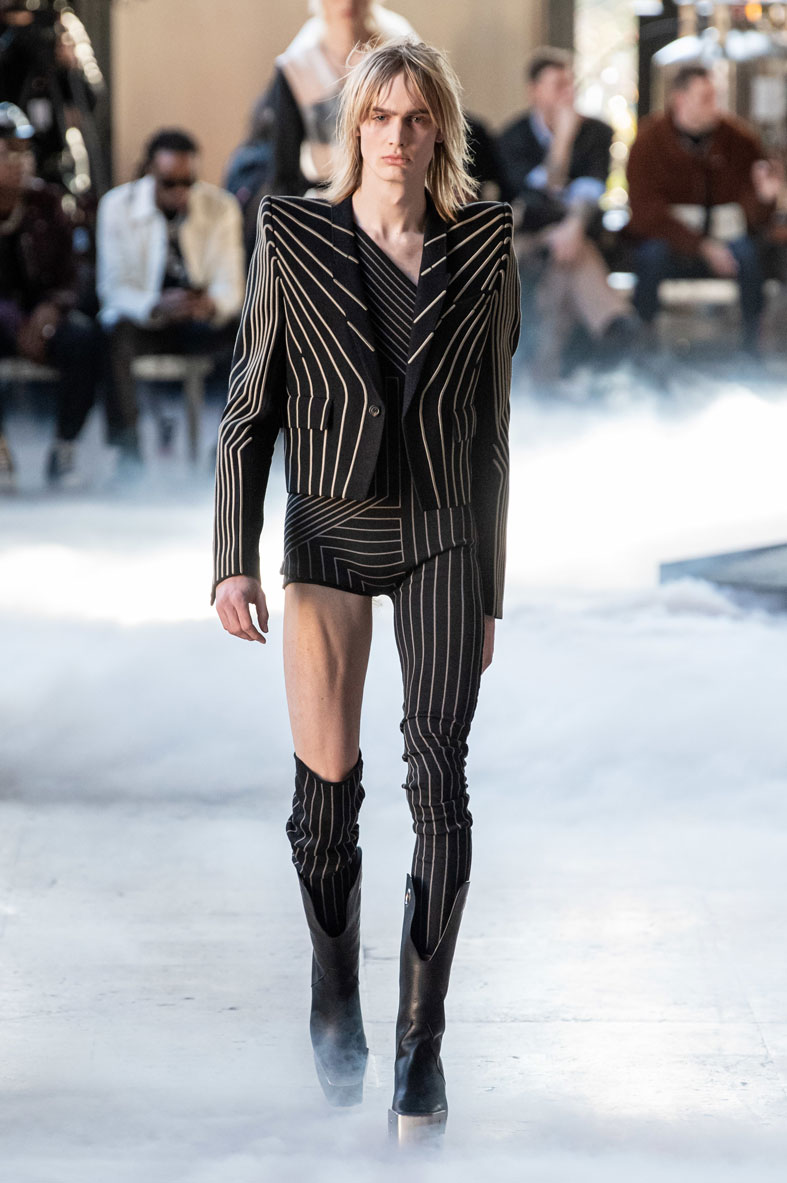 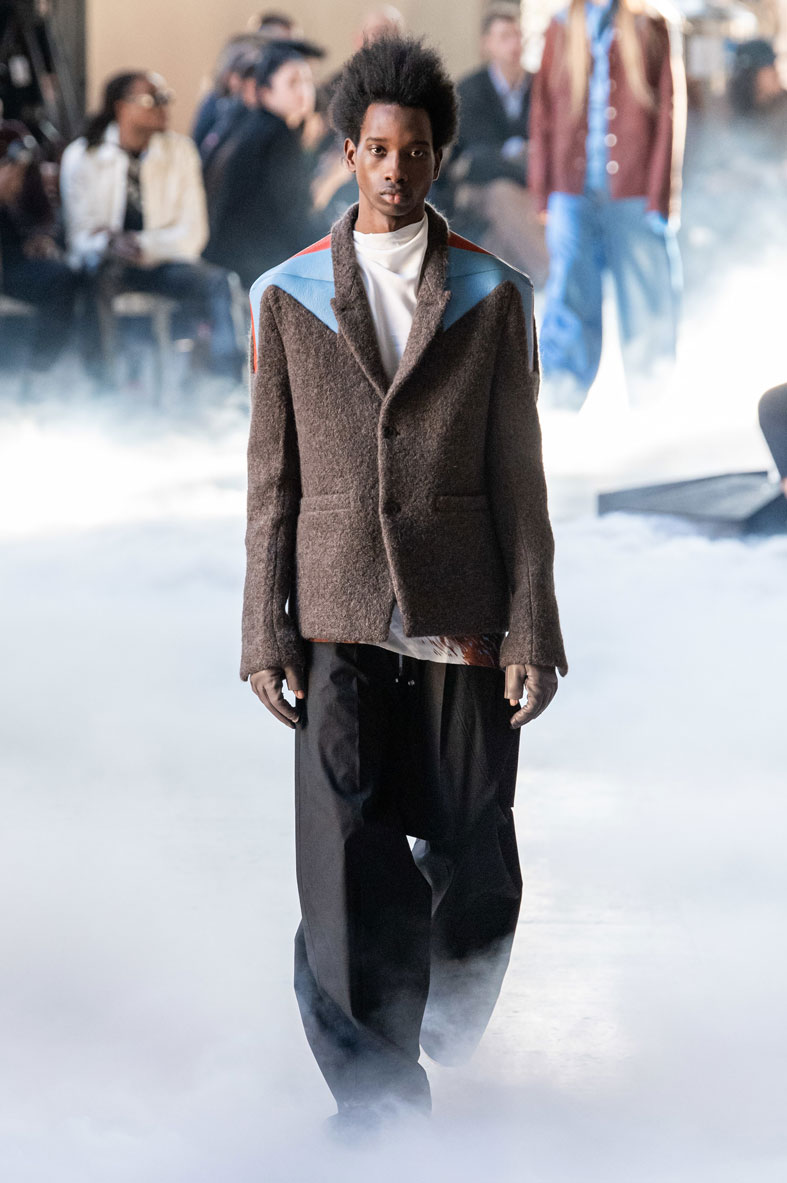 In a refreshing return to form, the Lord of Darkness debuted an intergalactic range of pieces inspired by eternal icon David Bowie —  just imagine the Starman at a cybergoth rave and you’ll get the picture. 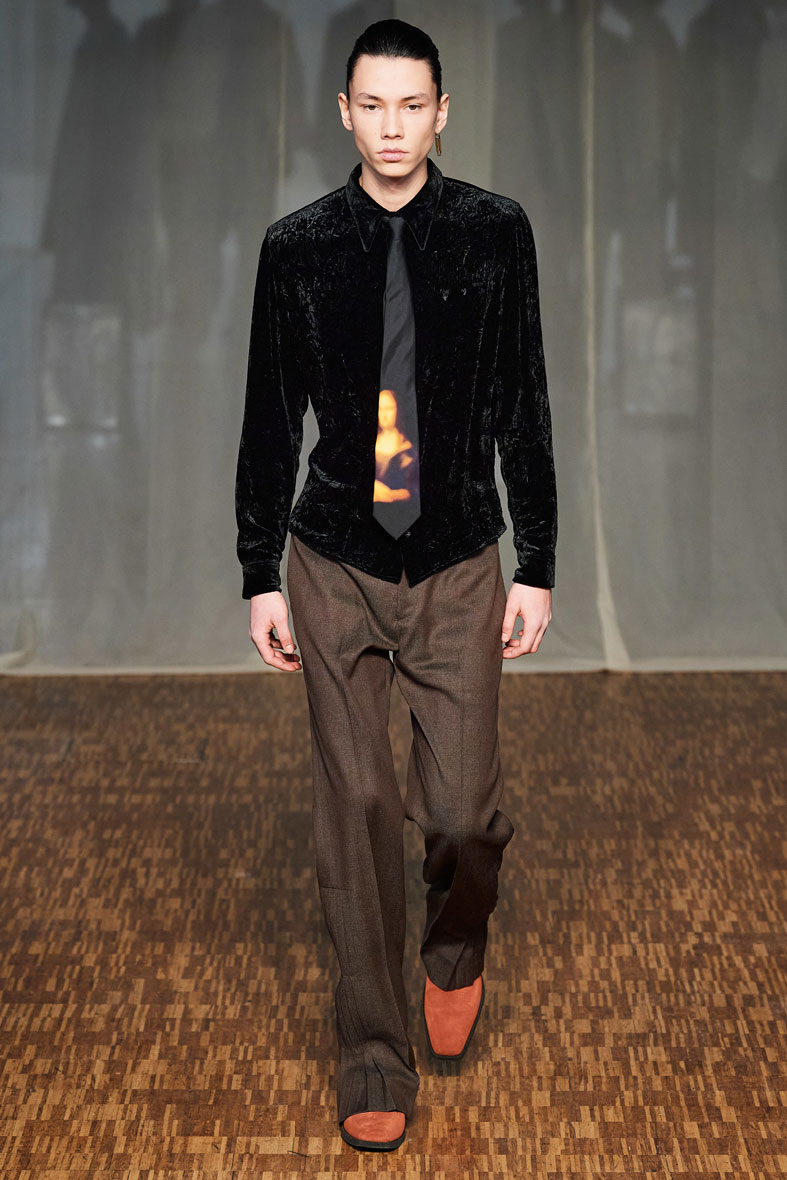 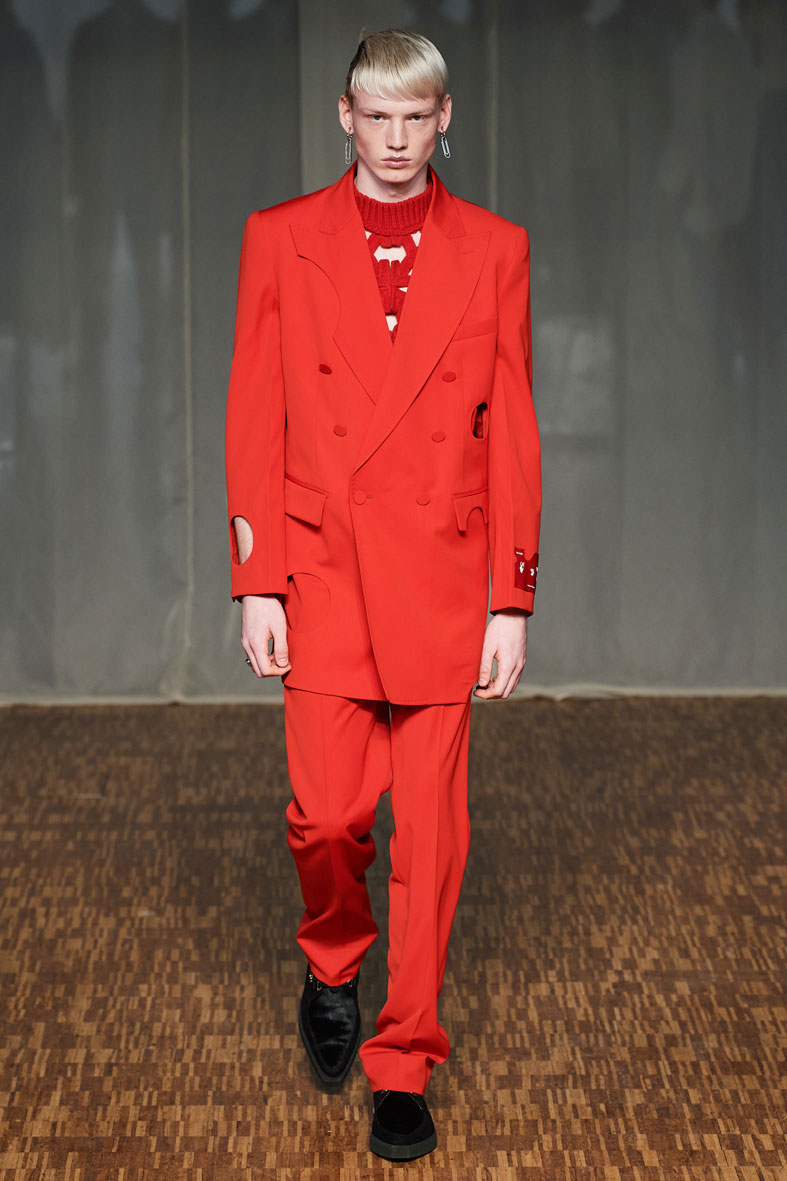 Tailoring continues to be altered and manipulated for the next generation, with cut-outs, alternative fabric choices, and cinched tassel detailings indicating a new take on traditional men’s staples. 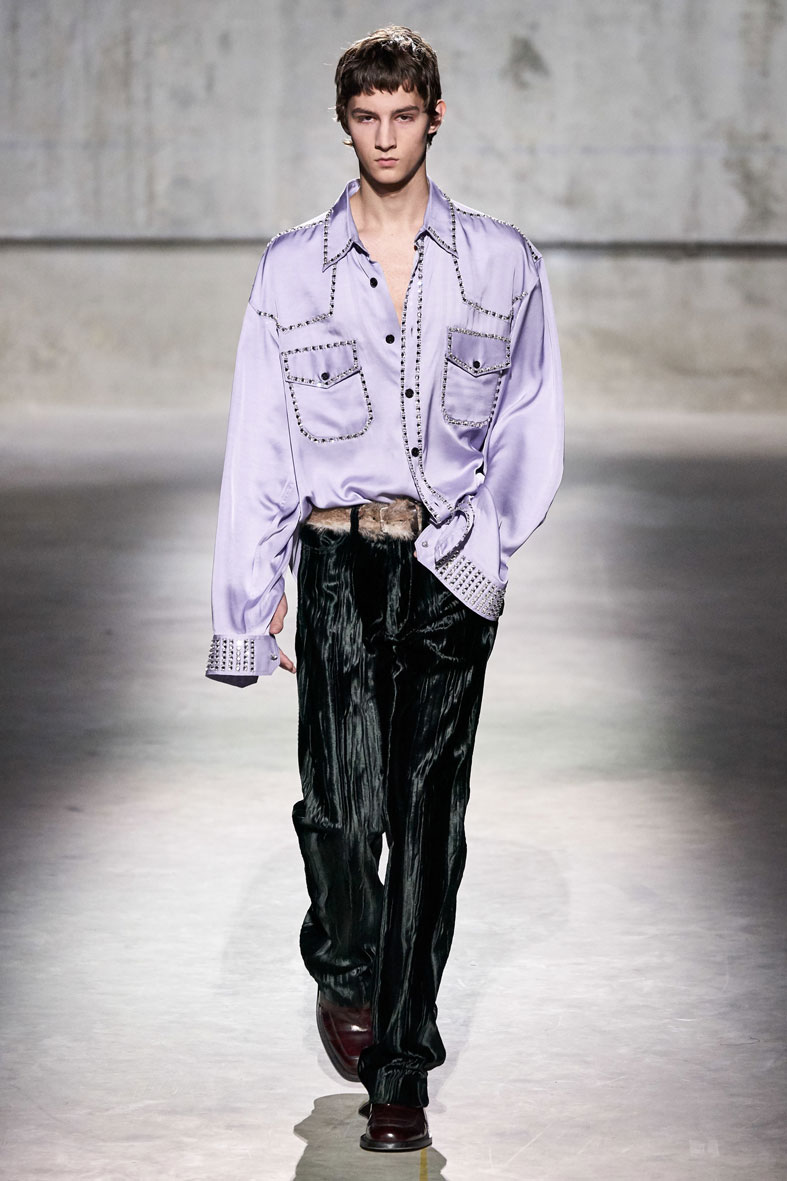 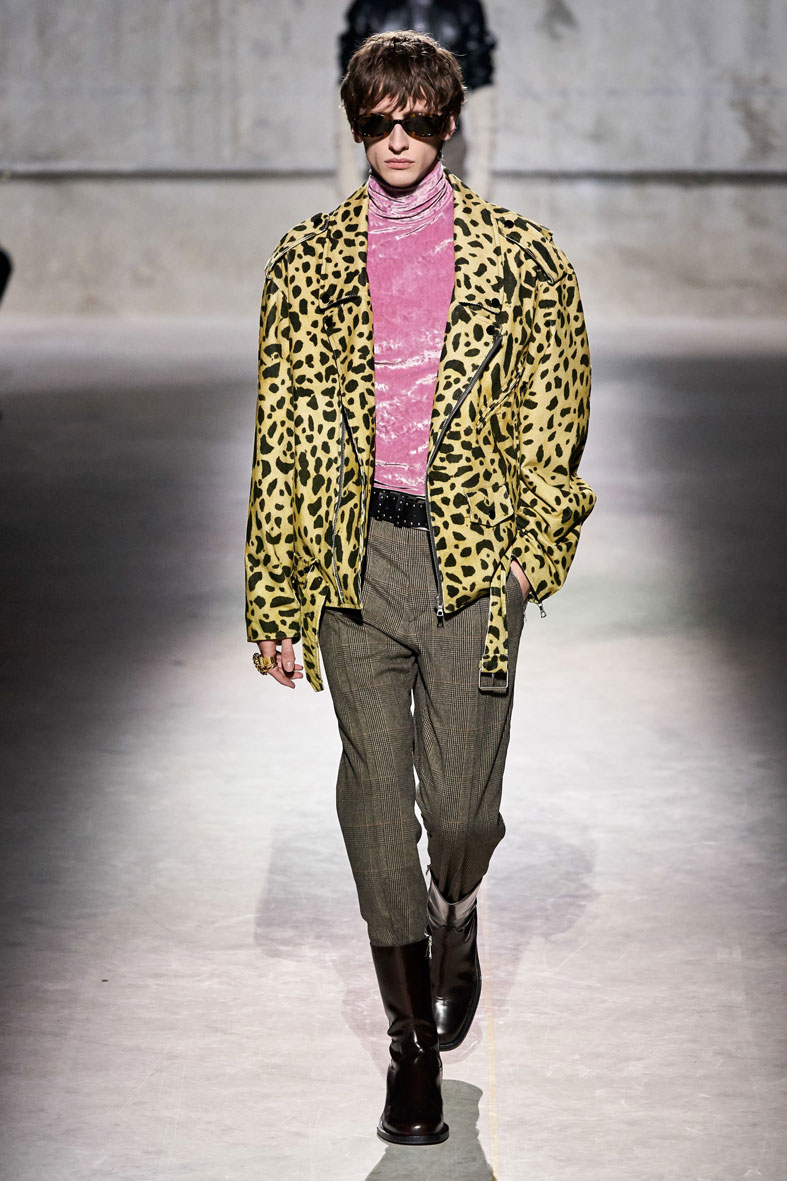 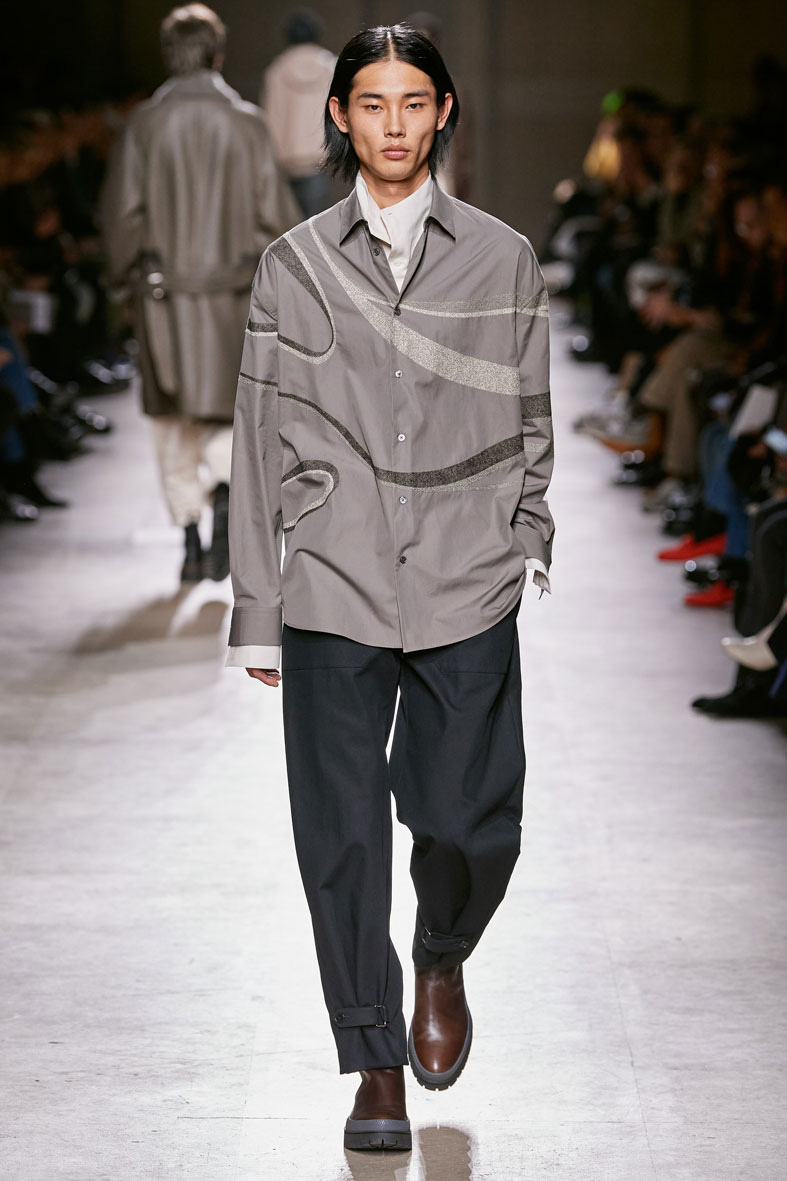 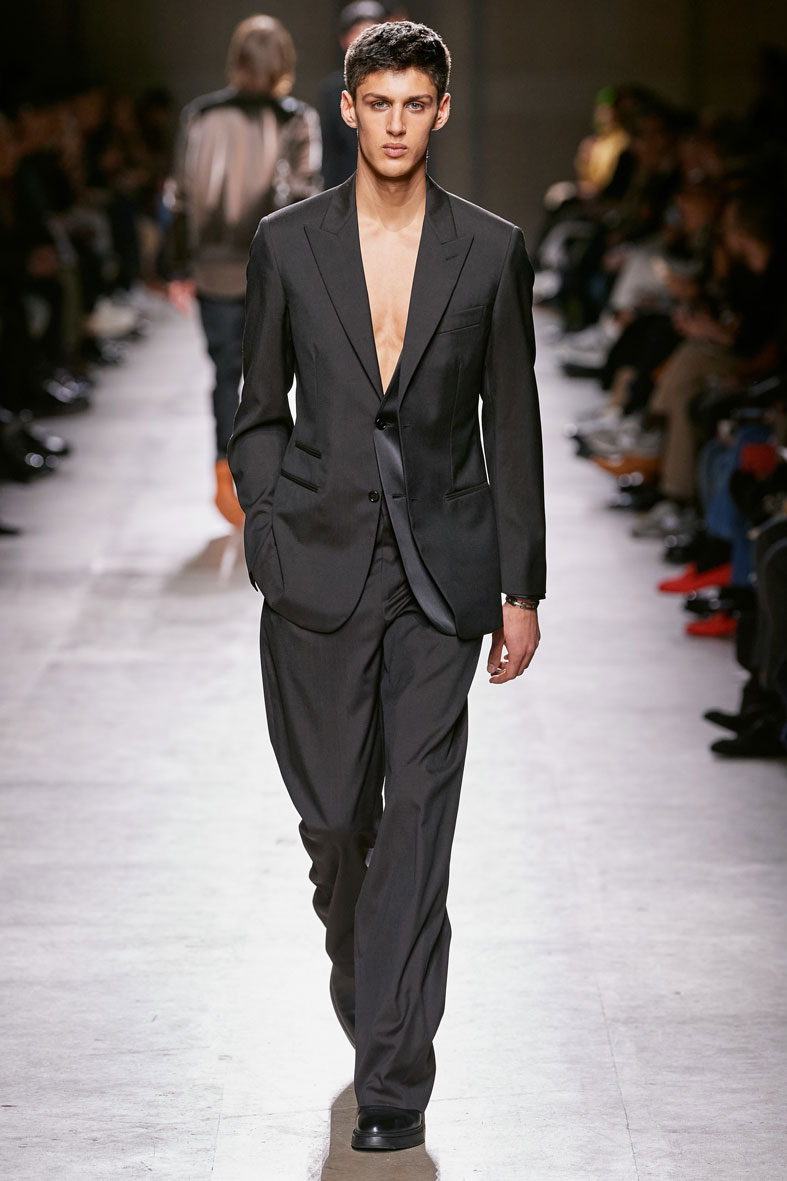 Subtle design details — like a bondage strap at the bottom of a pair of trousers and a hidden layer of a blazer — were the elements that took classic men’s pieces to a new and more interesting level. 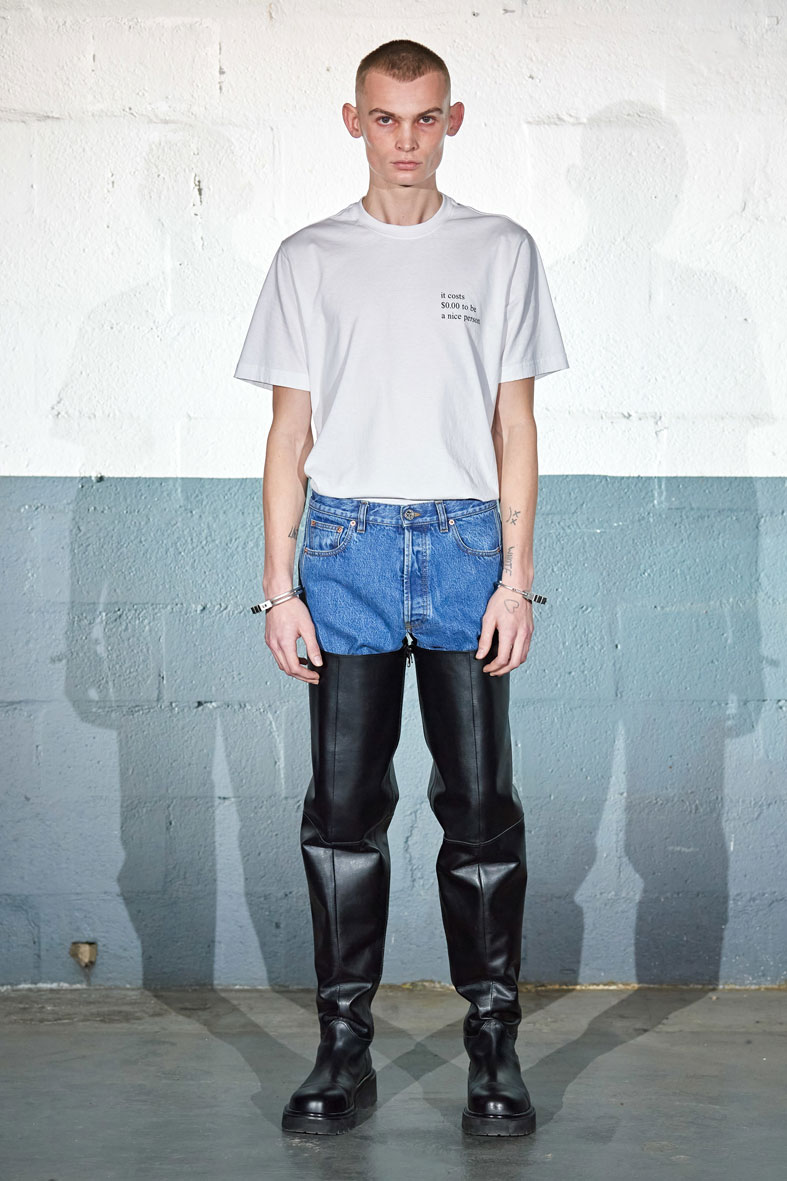 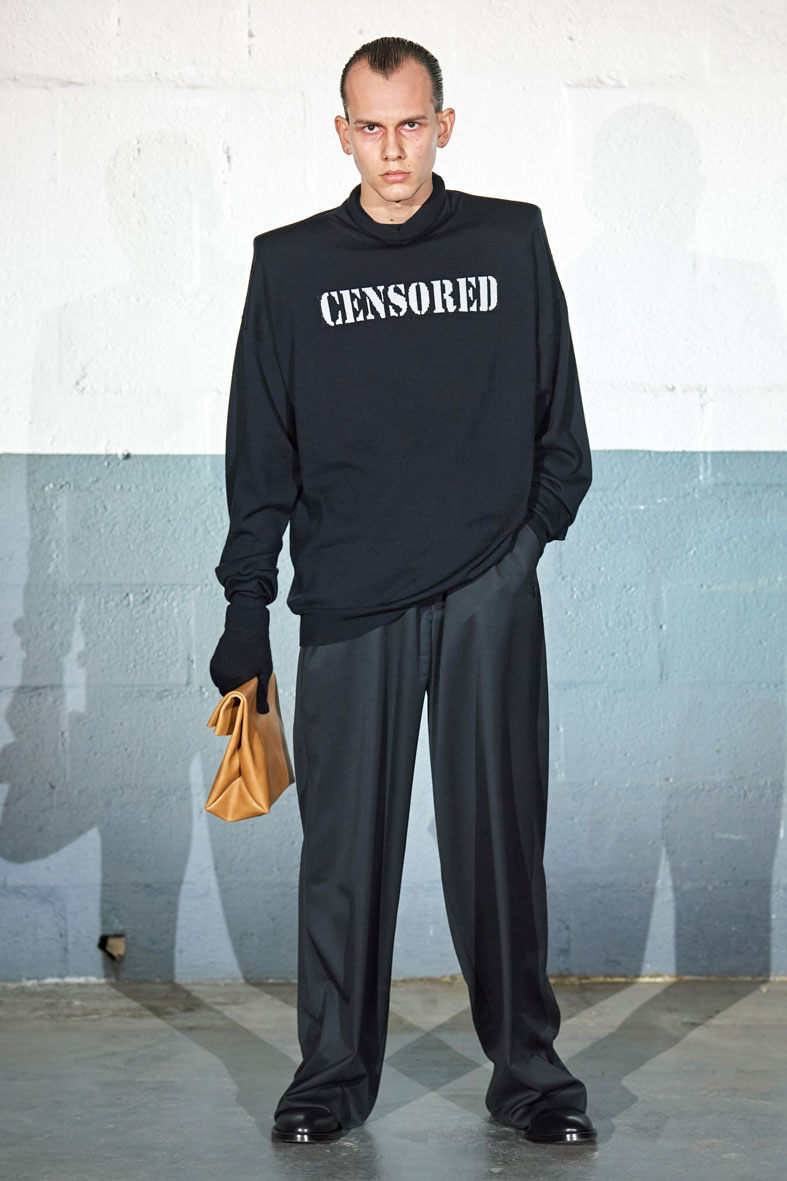 Each Vetements presentation has the raw aggressive energy of a basement punk show. This season was no exception, with thigh-high leather motorcycle boots being the ideal footwear for the resistance. 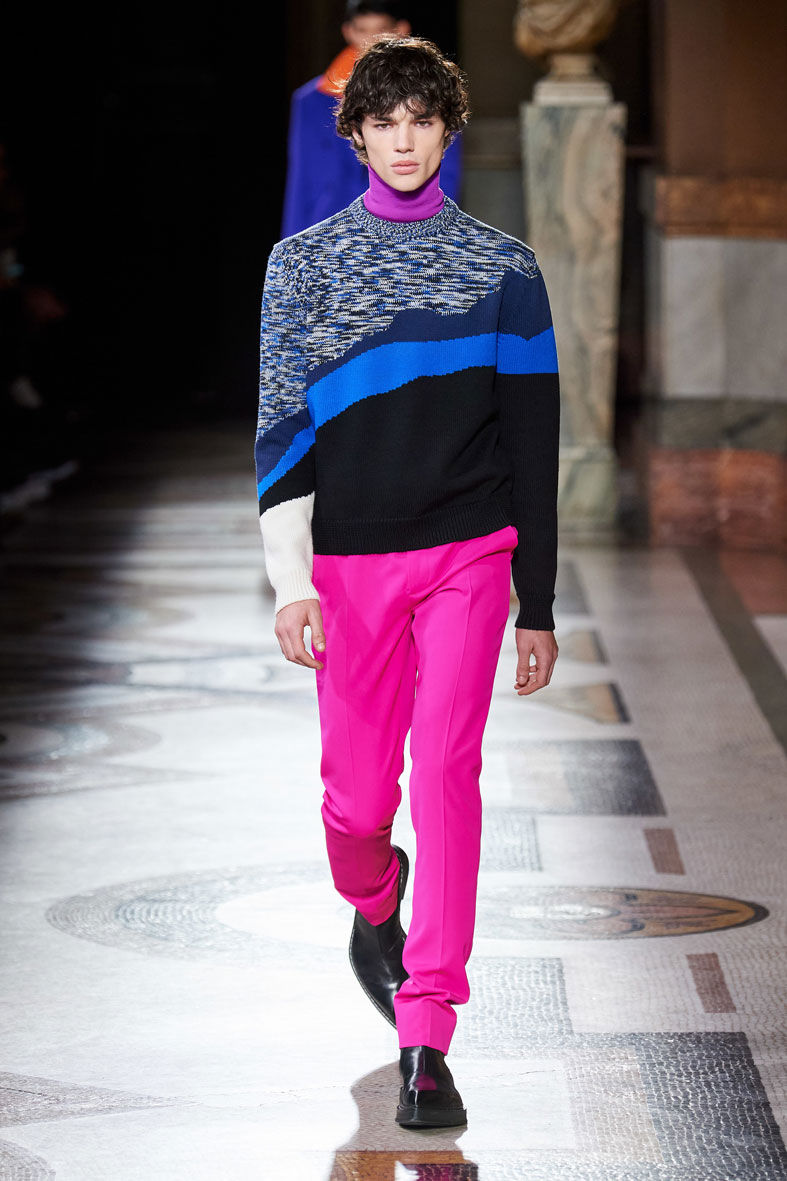 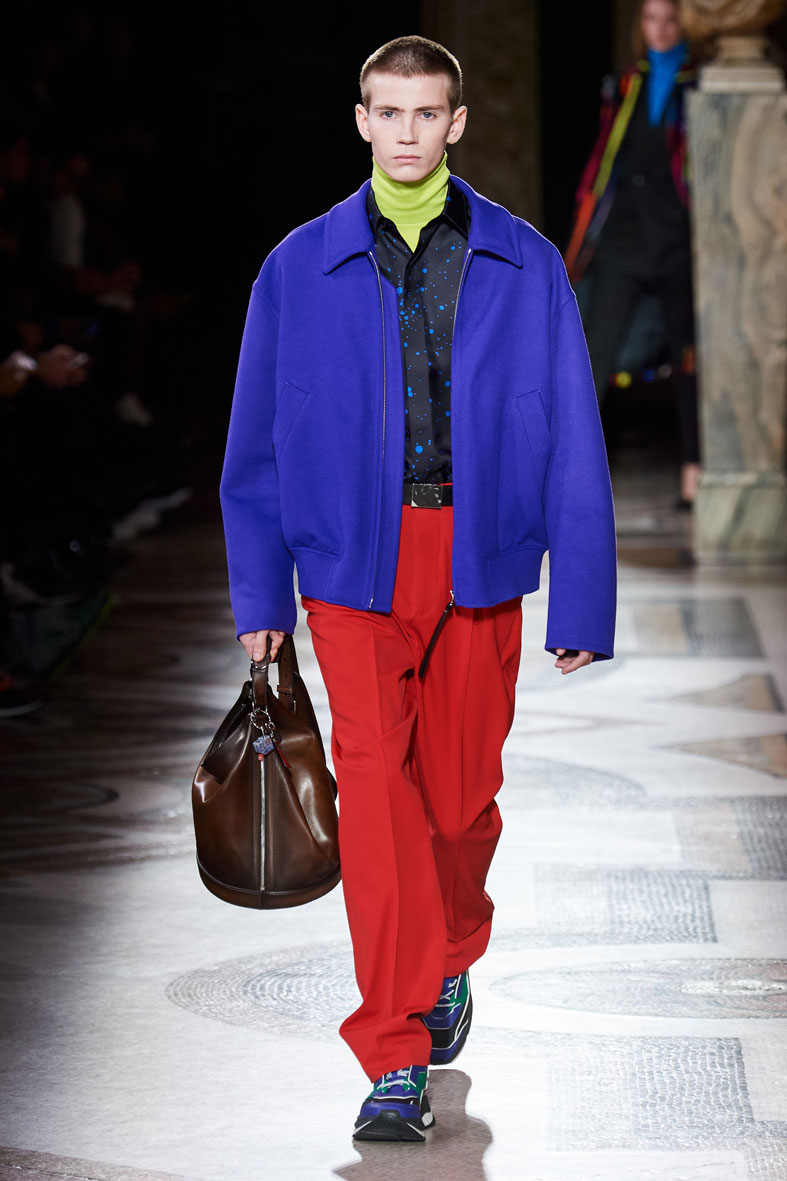 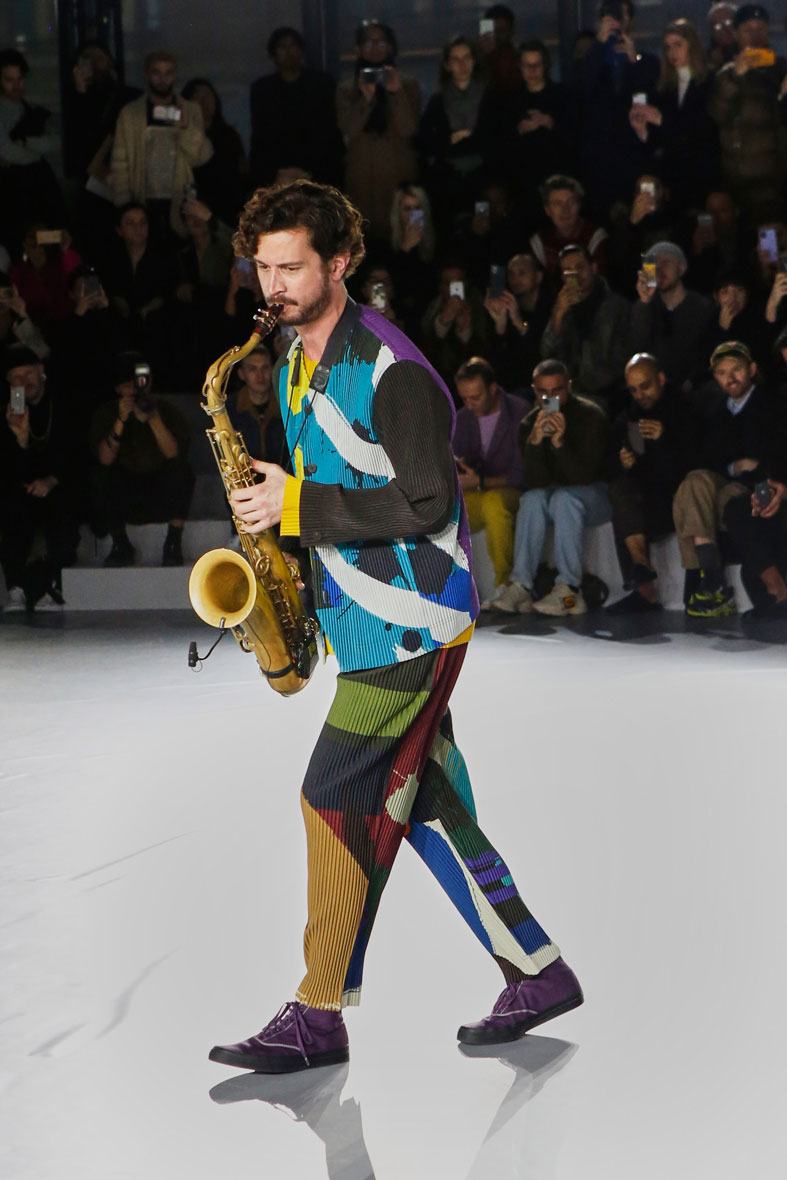 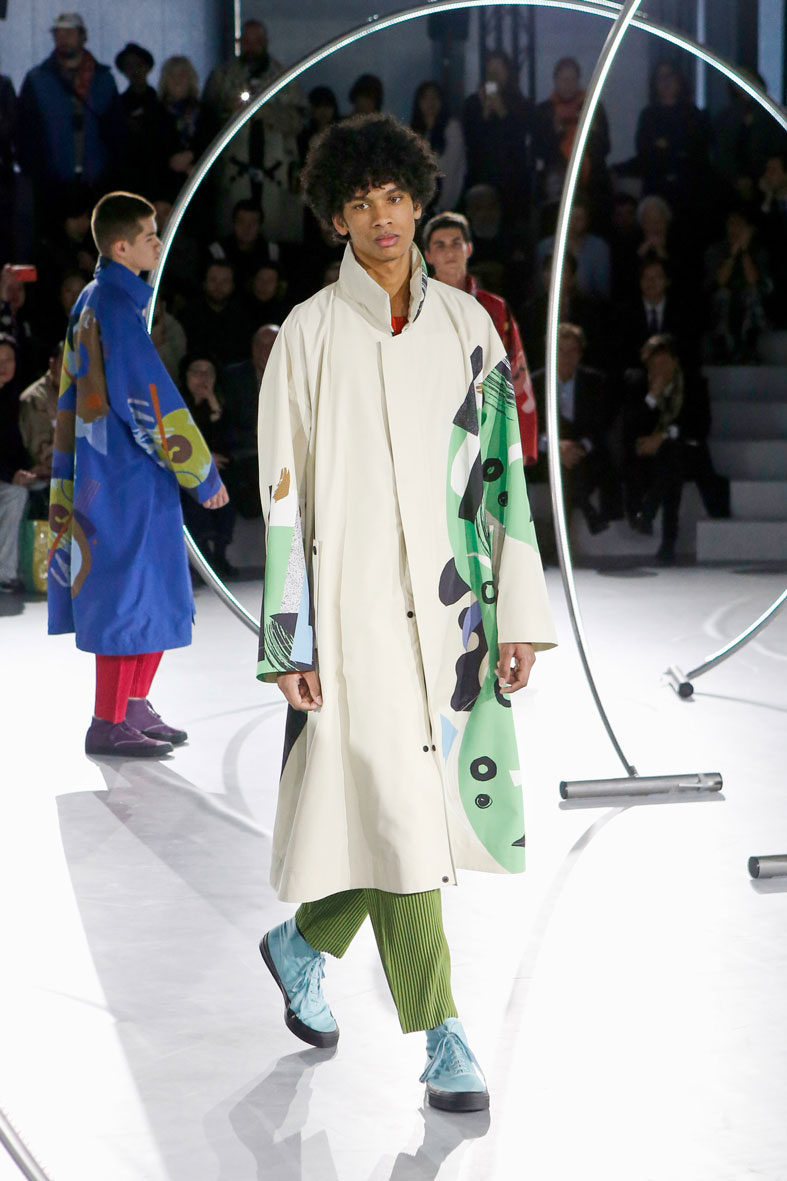 With an accompanying musical performance, the Japanese-designer had the perfect jazzy soundtrack to complement its vivid graphic pieces.