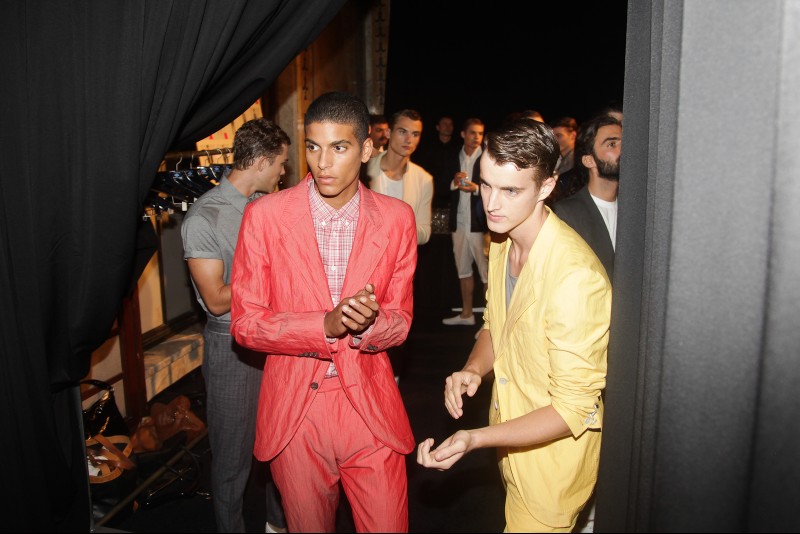 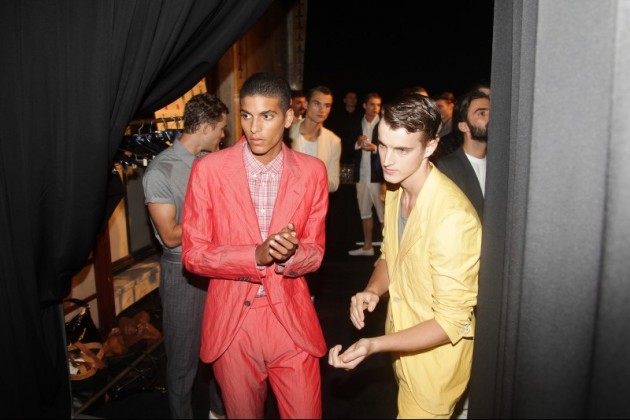 There’s a lot of words that can be used to describe the Joseph Abboud Spring 2013 collection. Some of them are: chic, elegant, active, irreverent, American, and colorful. But at the risk of sounding simple (which isn’t really an awful thing when its the truth) and also at the peril of ripping off Barack Obama, the one word that surmises it all is, forward. The collection dares men to continue to explore different cuts, shapes, colors and fabrications that’ve been used in the past but crafted and styled in new ways for the now. It’s the second time on the runway for Joseph Abboud designer Bernardo Rojo who says, “It’s about looking back to the old glamour of American style and modernizing it.” That translates into looks that are at once loose, voluminous and confident. The colors are bold (there are both beautiful fully pink and yellow 2-button casual, unconstructed  suits and a patent leather car jacket) as well as the candy striped western shirt (maybe the new print?) and there are key style pieces for the season such as the gorgeous double breasted notch jersey jacket and plenty of high wasted, pleated trousers. (Pics of the show and celebs after the jump)