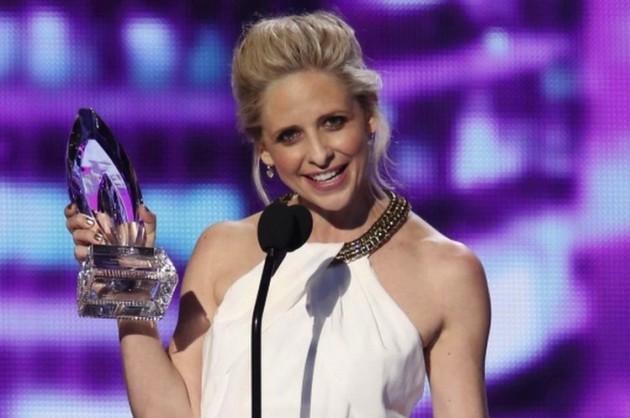 It almost feels tired to be talking about it already/still, and it’s only been three days, but yeah, #WorldsMostTalkedAboutCouple Kim Kardashian and Kanye West finally landed their Vogue cover for the magazine’s April issue. Whether you loved it or hated it, that continues to not really matter, however nothing could stop people from speaking out, including 2014 People’s Choice “Favorite Actress in a New TV Series,” Sarah Michelle Gellar. The actress took her to continuously-bustling Twitter to share her thoughts on the matter:

Gellar, a lady, chose not to respond. Though her legions of loyal fans quickly jumped to her defense, asking the obvious to Cheban, “Do you matter?”