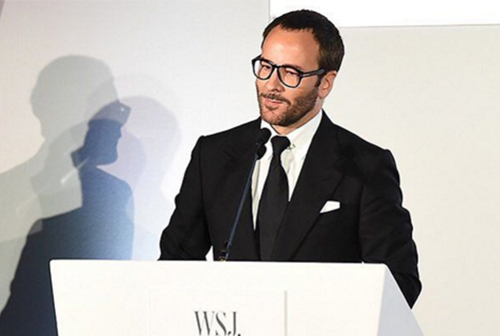 ESSENTIAL HOMME October/November 2016 cover star Luke Evans shared a first look at his character, the self-obsessed Gaston, from Disney‘s upcoming “Beauty and the Beast” live action film. Not as conceited as the character he portrays, Evans was quick to shout out his trusty sidekick Le Fou as well, played by Josh Gad.

The Weeknd has certainly had a very busy week – from a new Puma collaboration to announcing a massive North American Starboy tour, it’s no surprise that Opening Ceremony, the cool kid’s fashion safe haven, announced that all Starboy tour merch is now available for the masses in-store and online.

Autumn is proving to be a busy time for Gosha Rubchinskiy – after announcing his upcoming campaign with Topman, the Moscow artist launched his new, self-titled Eau de Toilette and accompanying perfume book at Dover Street Market New York on Thursday.

After launching the nostalgic Tommy Jeans 2.0 campaign last month, American fashion staple Tommy Hilfiger announced his new book, “American Dreamer: My Life in Fashion and Business,” at a soiree of elbow-rubbing esteem. Cheesing with the one and only Naomi Campbell was only the start of the fun.