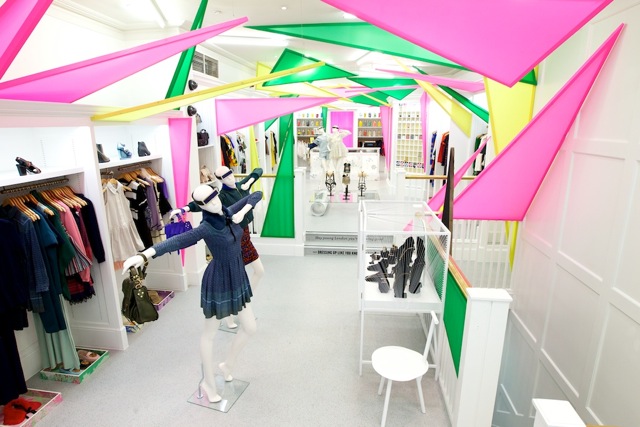 A LOOK IN SIDE OPENING CEREMONY LONDON—GRAND OPENING TODAY 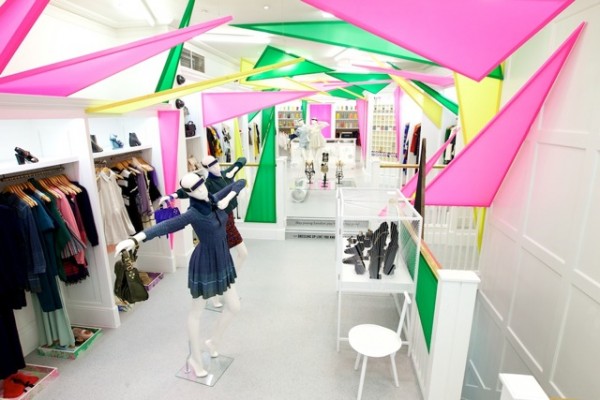 Opening Ceremony’s first ever European store opened today with enough goodies to make us consider braving the Olympic mess just to cruise down the aisles. Founders Carol Lim and Humberto Leon chose Covent Garden in London to place their 3,000-square-foot temporary shop at 31-32 King Street, which will be followed by a larger space down the road at 35 King Street to open in the fall. (Also this fall, the store will release an illustrated book with Rizzoli that’ll include contributions by Opening Ceremony’s regular collaborates and friends including Terry Richardson, Spike Jonze and Chloë Sevigny). The London shop’s got some pretty cool outstanding features like the iconic Claire de Rouen bookshop in shop which will carry a selection of handpicked rare first editions and inspiring books. Norma Kamali’s releaseing archival pieces and a new collaboration with OC as well as will Topshop. And what would a London store be without mention of those Olympic games? Special Olympic products have been developed exclusively for Opening Ceremony by brands including Band of Outsiders, Charles Anastase, Delfina Delettrez, Christopher Shannon, House of Holland, Prism and Pamela Love. Proenza Schouler has created a special all-gold mini PS11 that is launching exclusively at Opening Ceremony London.

A LOOK IN SIDE OPENING CEREMONY LONDON—GRAND OPENING TODAY