Billie Eilish showed off her supervillain style, Tyler the Creator went full camp (again), and a new wave of gay cowboys were some of the highlights at music’s biggest night. Here are some of the best outfits from last night’s ceremony. 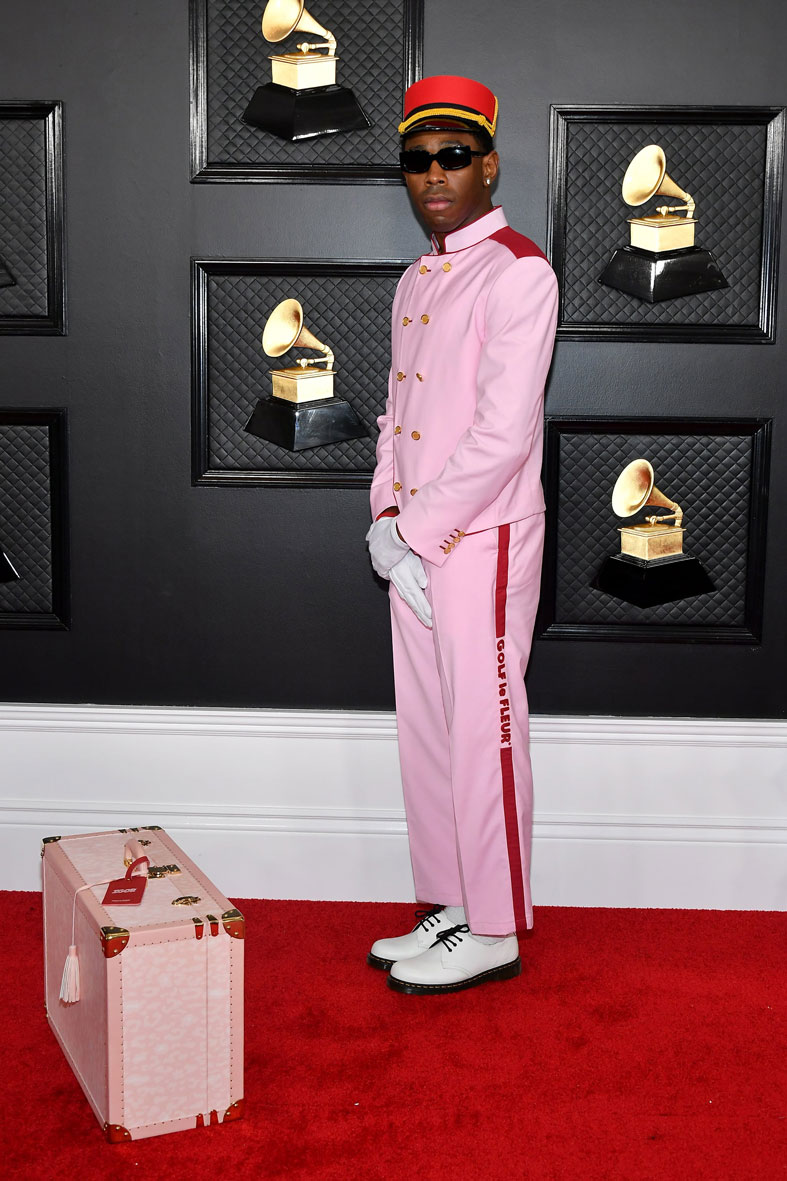 One of Tyler’s most compelling talents is the ability to take such familiar references, like the Andy Warhol wig he donned for most of 2019 as part of his IGOR era (the album won the award for Best Rap Album) or this Grand Budapest Hotel-inspired bellhop suit, and completely warp them into something entirely original. Enter the era of Tyler, the Auteur. 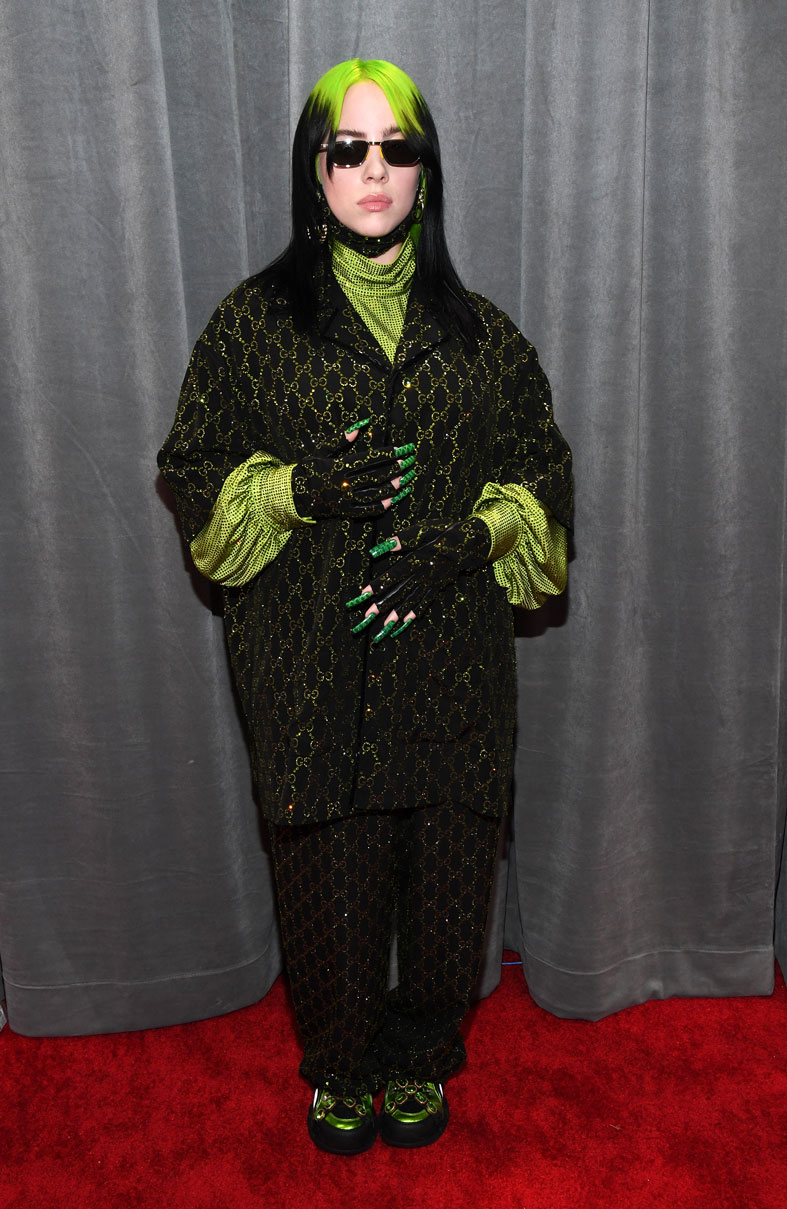 The 18-year old’s breakout hit “Bad Guy” was up for some of the biggest awards of the night, including Song and Record of the Year (it won both), so she honored this by literally dressing like a glammed-up Batman villain — being bad never looked so good. 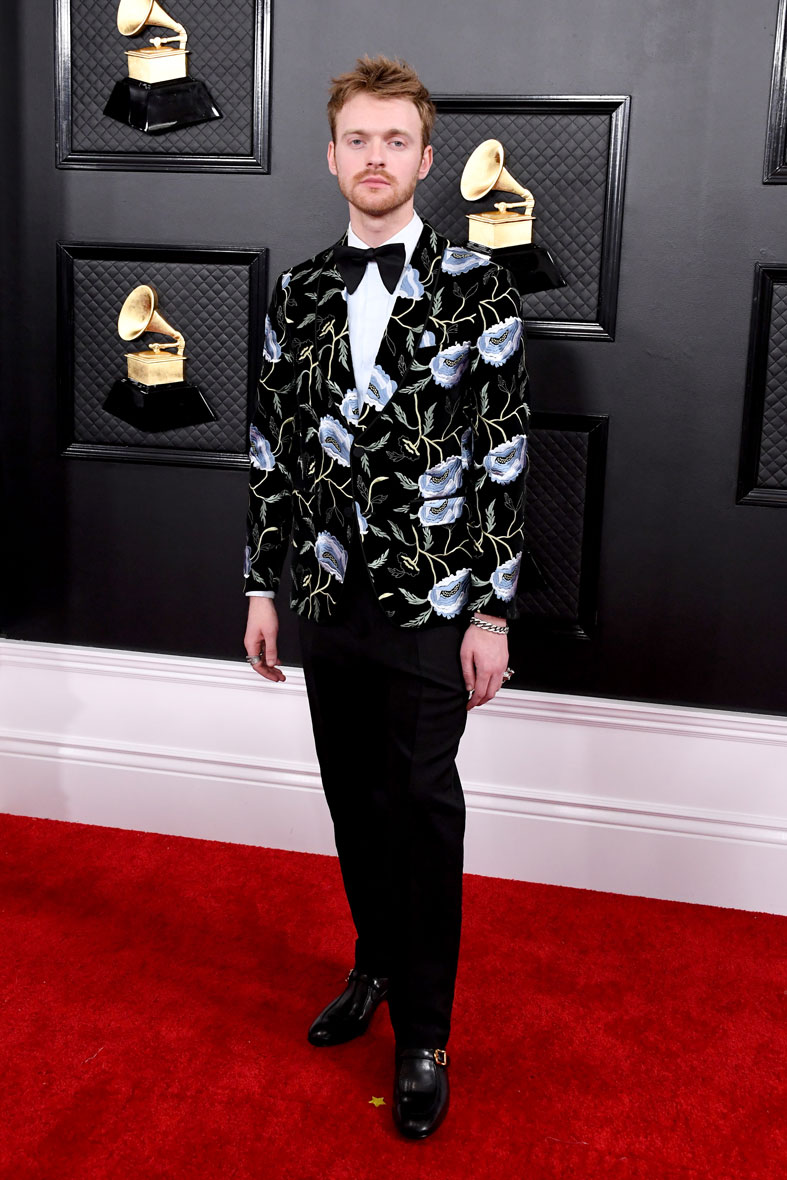 Billie Eilish’s co-writer, brother, and general behind-the-scenes mastermind stepped out in a festive yet elegant suit. The oversized bow-tie is a nice touch. 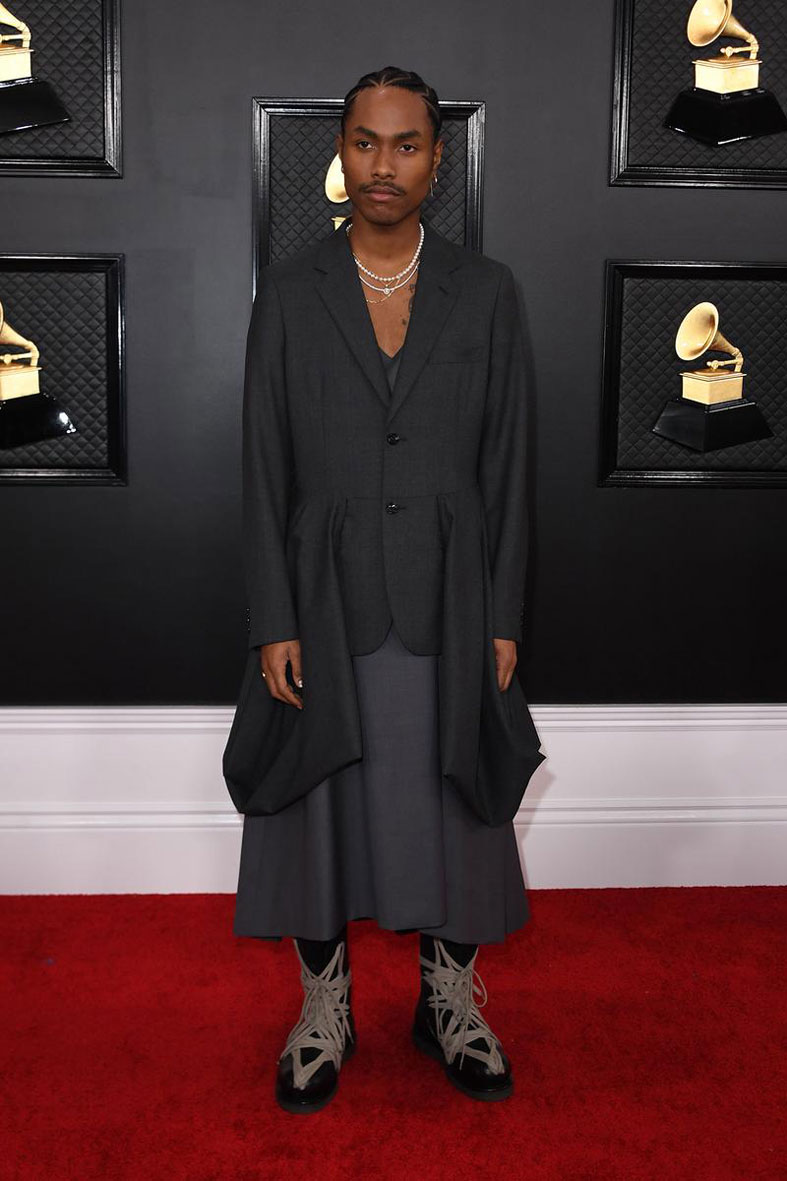 This look perfectly encapsulates the blurry and exciting trend of men’s suits, balancing traditional tailoring with the avant-garde. 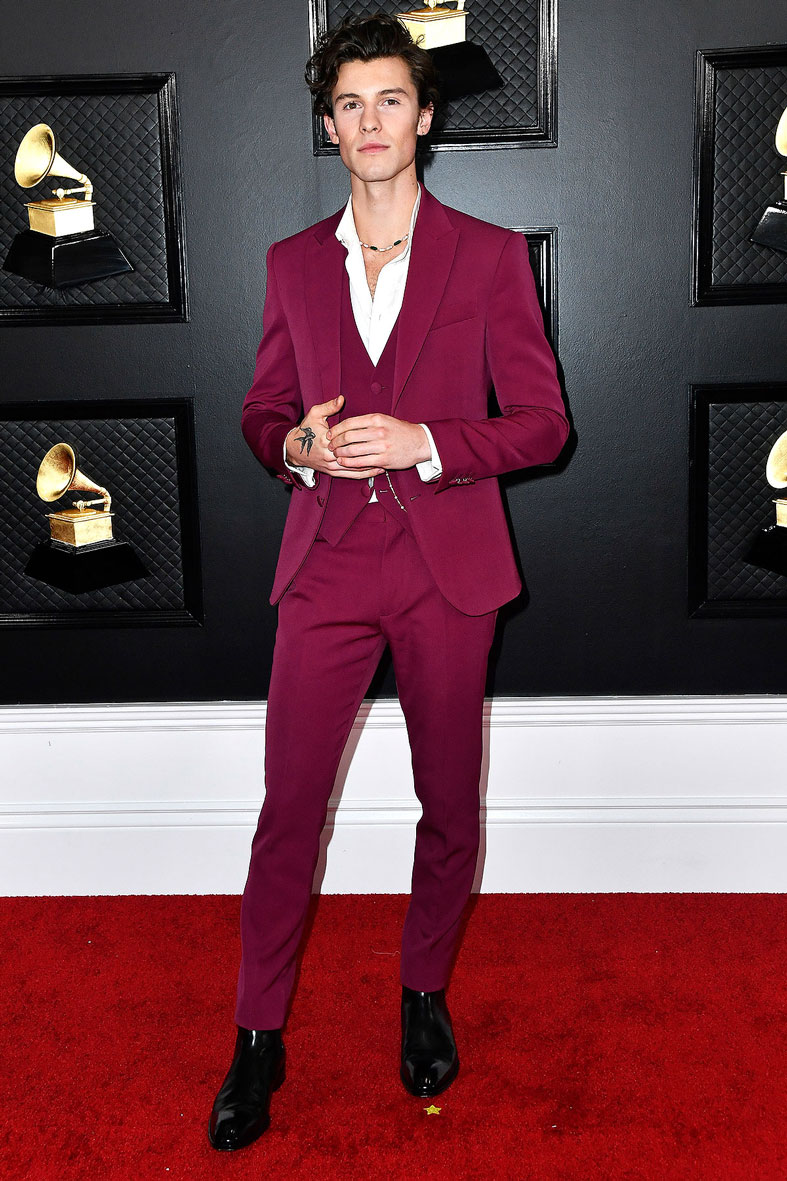 Note to everyone: THIS is how a suit should fit. With a pop of color and a seamless fit, Shawn cements his place as a menswear icon. 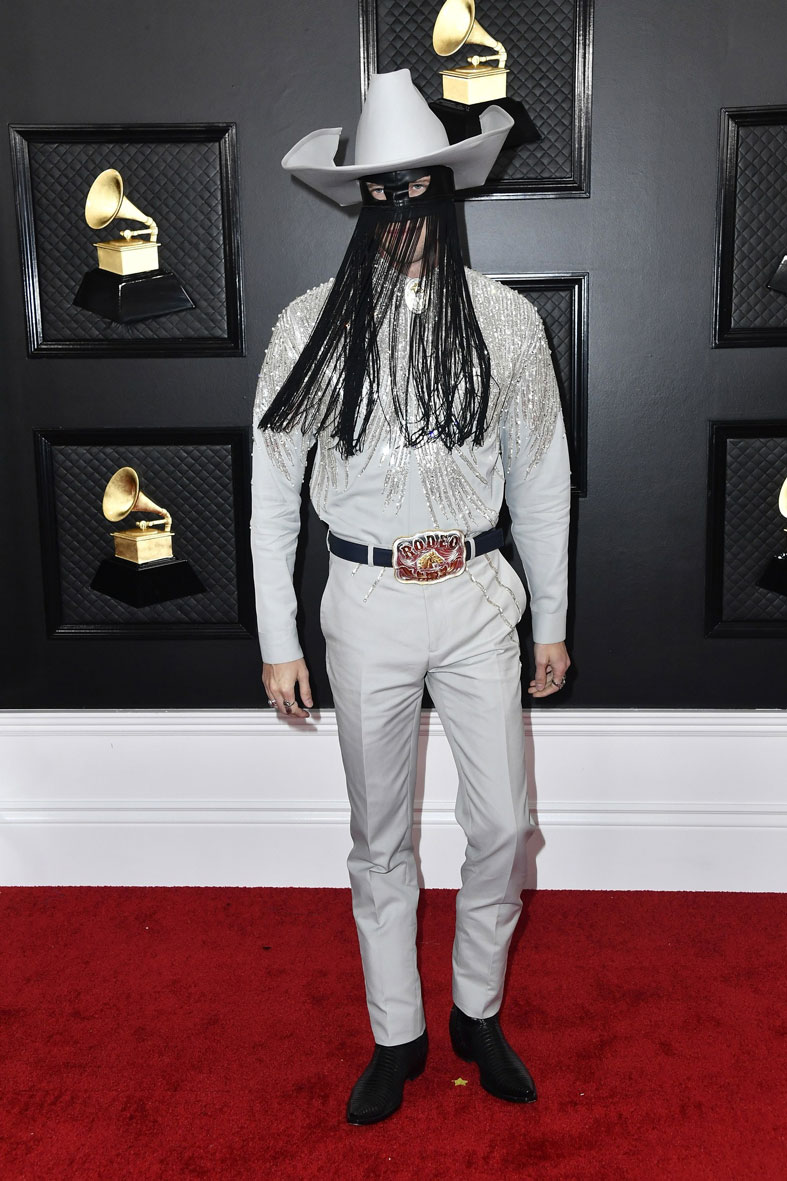 Decked out in sequins and leather fringe, Orville Peck represents the next era of gay cowboys. 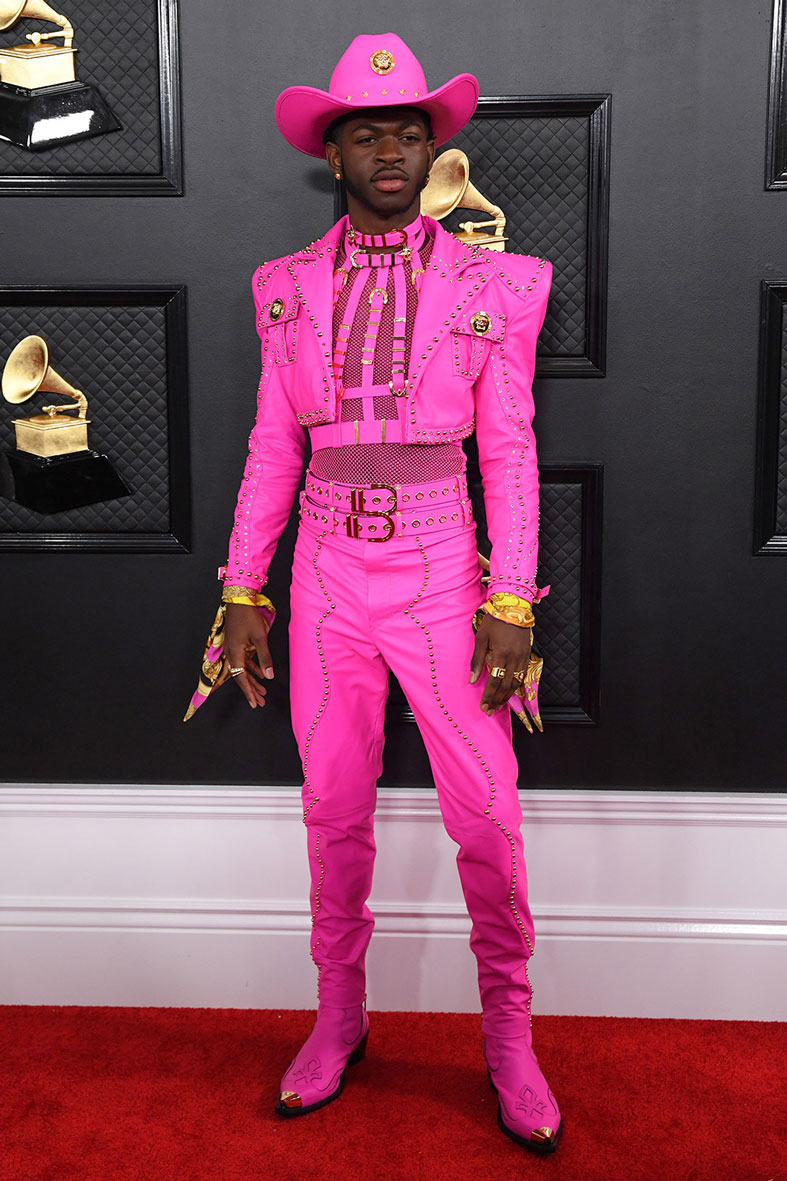 Decked out in studs and a pink harness, Lil Nas X also represents the next era of gay cowboys. 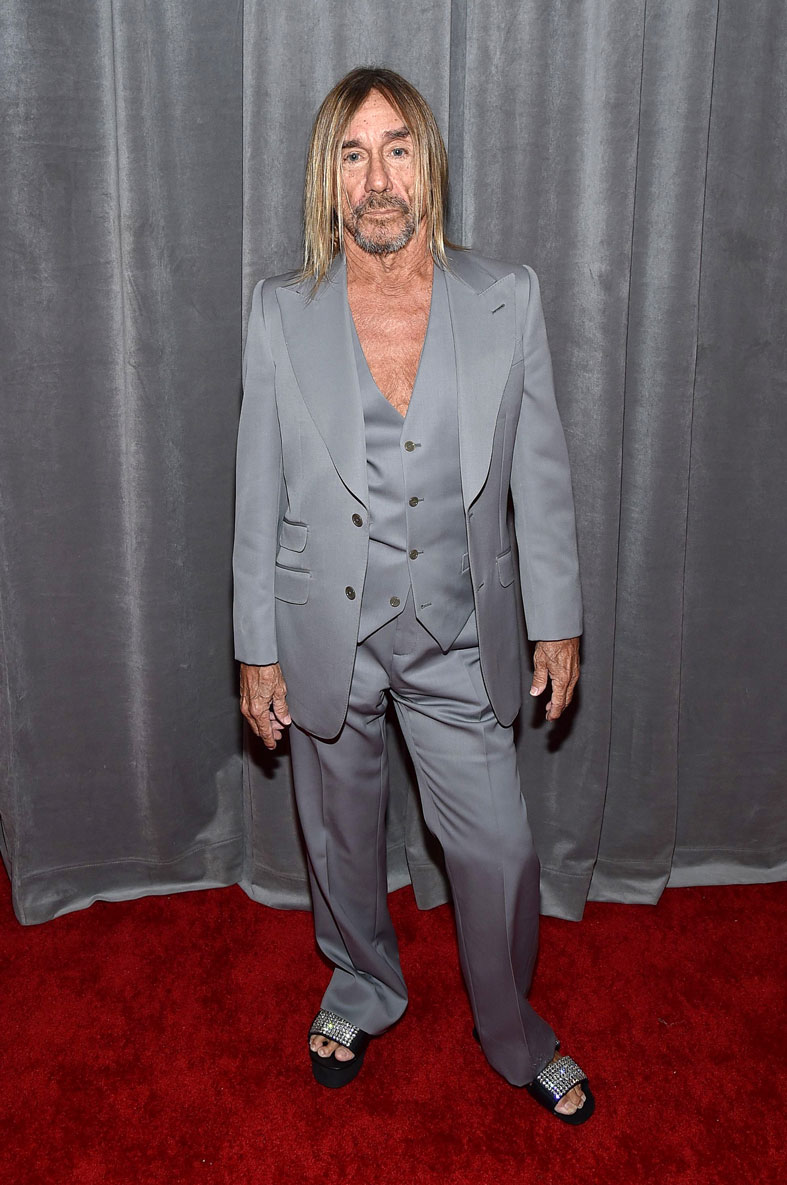 Even when he’s wearing a suit with sparkly slides, Iggy still looks like he could he beat you up. 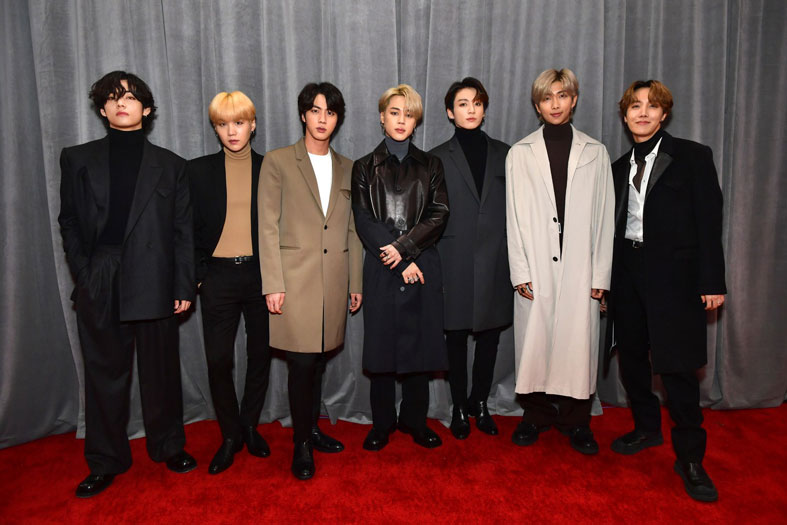 The biggest K-pop boyband in the world rebranded as a Bottega army. 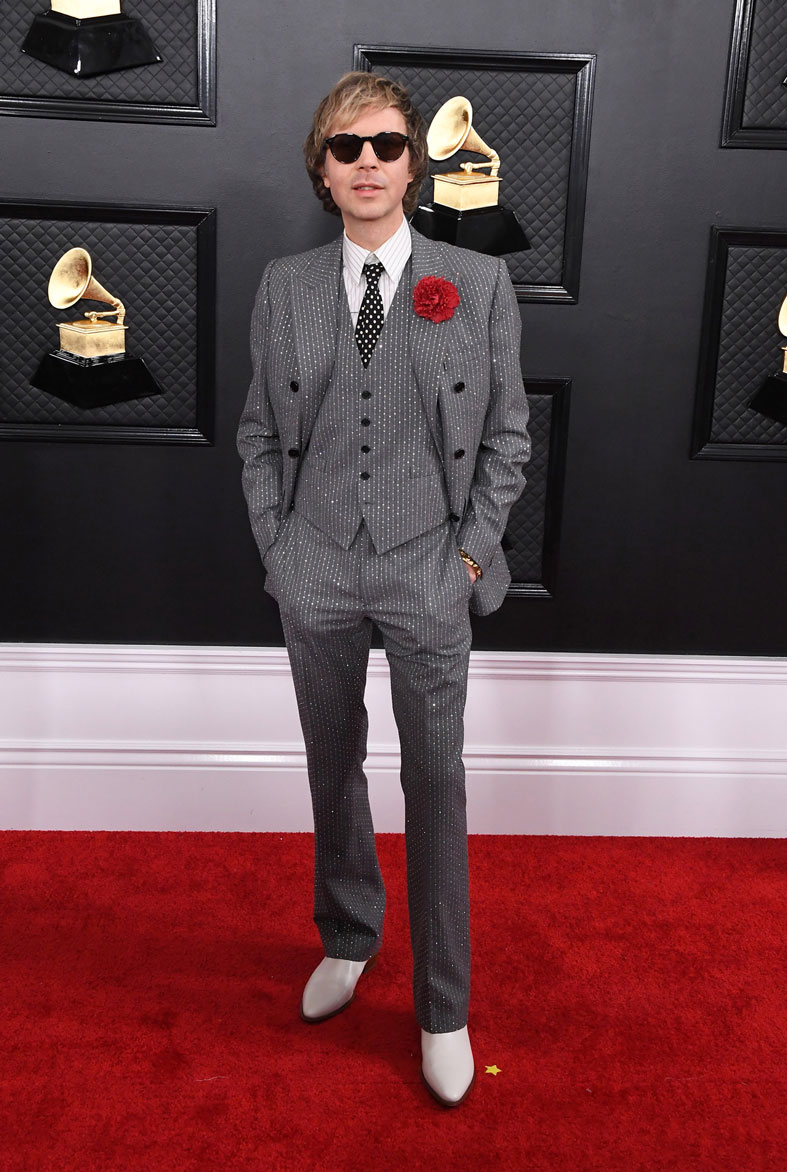 Shine on, Beck. Shine on.