As spring campaigns from the biggest brands continue to trickle in, Givenchy has enlisted major icons Marc Jacobs and Charlotte Rampling to star in theirs. Dressed in key looks from the Spring/Summer 2020 collection, the two elicit memories of the ’90s in New York City and Paris when individual style was at its peak and fashion at its most liberating.

Photographed by Craig McDean, the campaign is a series of black-and-white portraits to celebrate the new faces of the brand. Each shot portrays an innate sense of wit and elegance. An accompanying video reveals a bit more about both individuals, their respective careers, and their personal style. The brand’s accessories such as bags and shoes take center stage while the stars are practicing an acting lesson. “Show me nuance, show me a bittersweet long lost love affair,” says Rampling, as they act out an acting lesson. The dramatic Jacobs eventually steals the show with his own histrionics. Definitely the campaign to watch ahead of the Oscars. 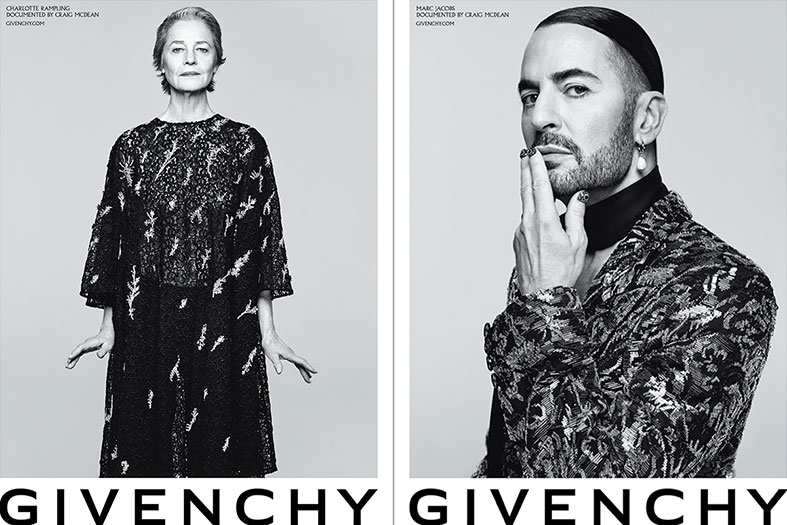