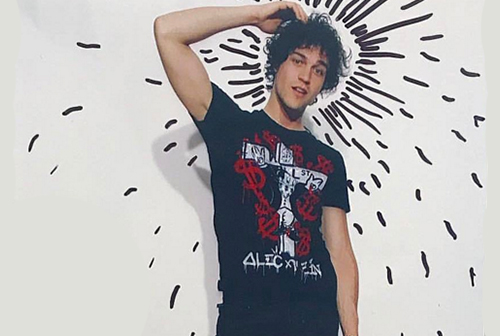 Around the corner from the glitzy red carpet of the Cannes Film Festival, Philipp Plein debuted his latest resort collection, La Jungle Du Roi, in a celeb-filled, pool-side bash. Highlighting prim florals and anarchic graffitis in a line born of a Warhol/Koons pop bliss, the designer shared this behind-the-scenes look of model Miles McMillan prepping for the big event.

Salvatore Ferragamo offered a look at one of Hollywood’s rising new stars, Brenton Thwaites, donning its two-buttoned, ebony brown suit for the NYC premiere of his new “Pirates of the Caribbean” film. Following a demanding press trail, the actor joins the growing roster of celebrity Ferragamo faces, most recently its fragrance ambassador Ben Barnes.