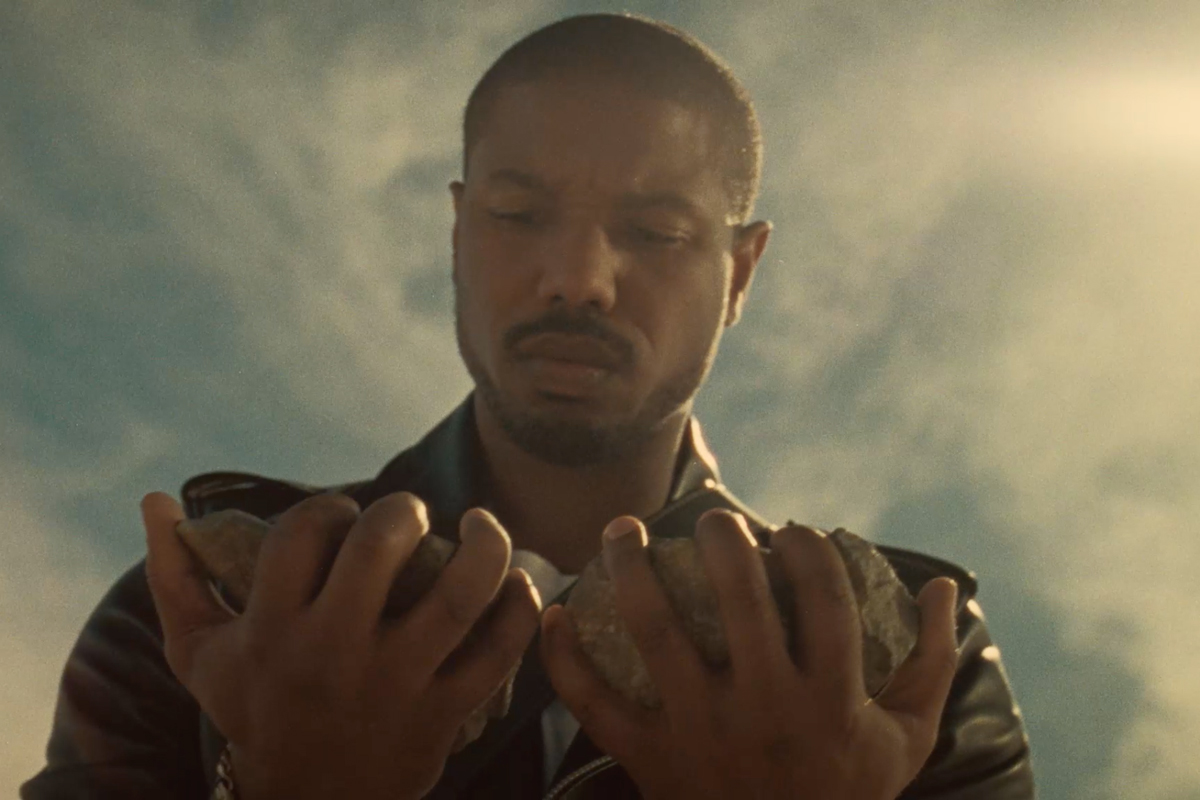 For its latest campaign, Coach tapped the talents of director Spike Lee and brand ambassador Michael B. Jordan for a fashionable short film, titled Words Matter. Shot in a desert outside of Los Angeles, the grainy video features Jordan riding in on a motorcycle, wearing a leather ensemble as he confronted with stones scrawled with the words  ‘Bigotry,’ ‘Hatred,’ and ‘Evil,’ among other things. He then replaces them with rocks that say ‘Love,’ ‘Truth,’ and ‘Dream’ as a testament to the American designer’s core values as a brand.

“I’m honored to get to collaborate with Giants in their respective fields, Michael B. Jordan and Coach,” Academy Award-winning director Lee said in a statement. “It was truly a Magical Day working, shooting in the Desert. Enjoy.”

The film was co-written by Lee’s children( Satchel and Jackson Lee) and styled by Jane How. Hair was done by Jove Edmond and Carola Gonzalez did the makeup. Watch the film below.