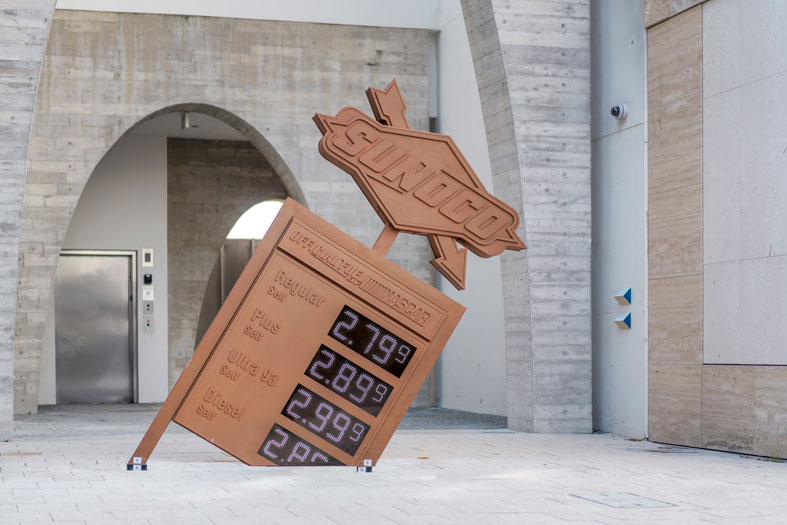 Following a brief hiatus due to exhaustion, Virgil Abloh returned to the spotlight with a new compelling sculpture. “Dollar a Gallon” III is a mixed-media piece that’s meant to reflect the relationship between commerce, necessity, and advertising through the visual metaphor of gas prices. In addition to this critique on consumerism, Abloh released a collection of crystal glassware with Baccarat.

Gucci and Snap Inc. (AKA Snapchat) Made Snap Specs 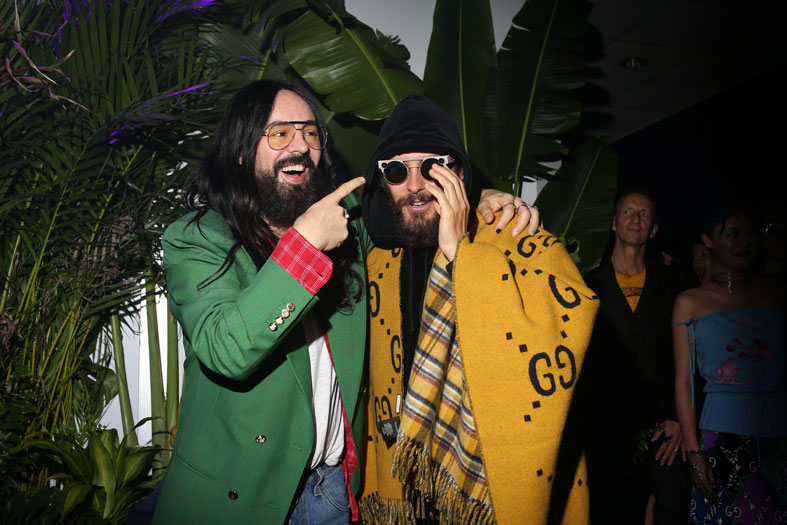 After further expanding the Gucci x Harmony Korine universe with a new short film, the Italian designer pivoted to tech and collaborated with Snapchat on a pair of the app’s spectacles. Iggy Pop performed at the reception and Gucci Mane, Jared Leto, Jeremy O. Harris, Luca Sabbat, and Chloe Sevigny were all there to test out the new gear.

The indisputable star of Art Basel was a banana duct-taped to a wall — titled The Comedian by artist Maurizio Cattelan — that sold for over $120,000. In a classic example of art intervention (a term I recently learned on Wikipedia), performance artist David Datuna ate the prized banana and was promptly escorted out of the event. Don’t worry though — a replacement banana was quickly found and escorted safely back to New York on a private jet earlier today. 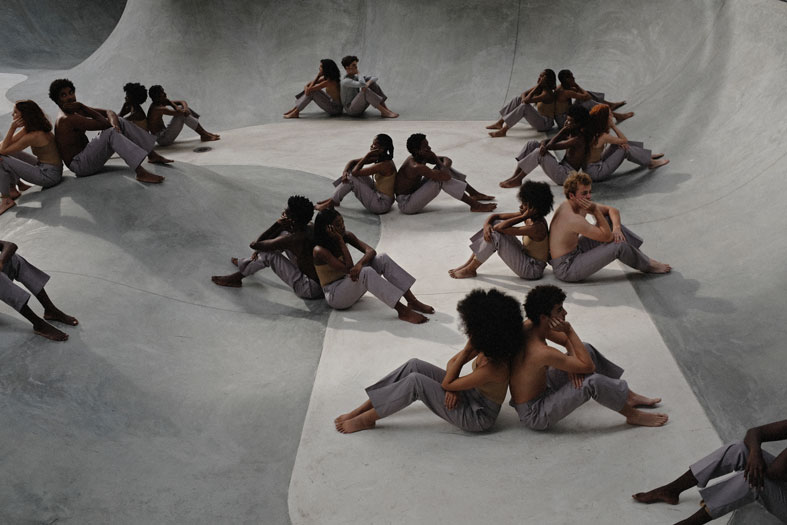 Kappa choreographed a group performance to recreate its iconic logo with actual people. In this instance, life really did imitate art. 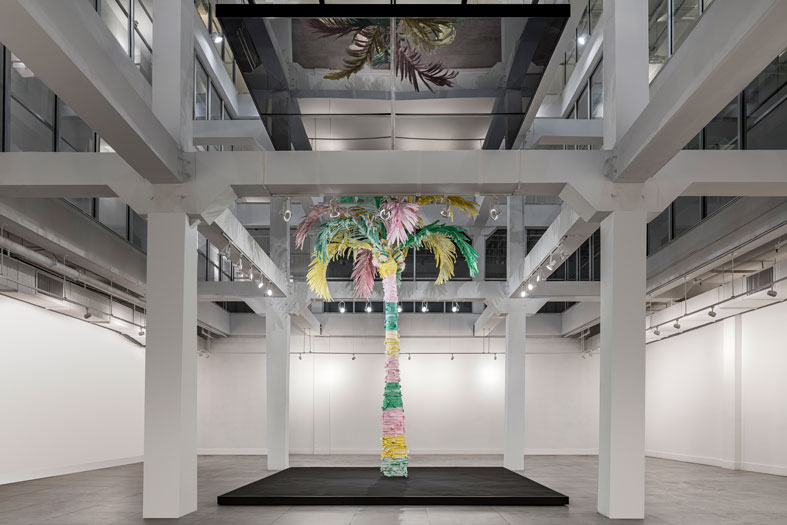 Echoing the pastel nautical vibe of its Spring 2020 collection, the American designer presented its first public art piece. Palm Tree I is a 20-foot tall palm tree sculpture made out of yellow, green, and pink seersucker, pin cord, and gingham oxford fabric that’s meant to question the “interiority of a vacation experience as well as the performative nature of it.” Super meta. 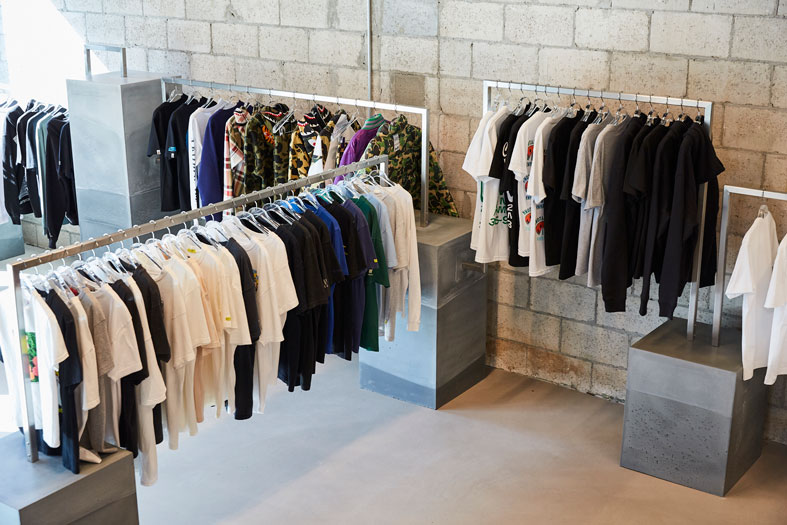 For its latest store, UNKNWN opted for a highly multi-functional space. The newly-opened gallery-like boutique houses the brand’s latest merch as well as exclusive collabs and features a 4,000-square-foot courtyard that will host sports and other events. 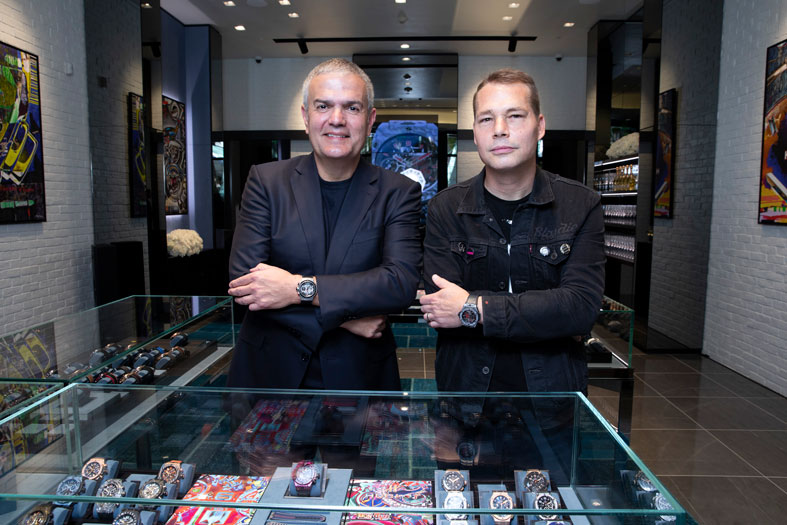 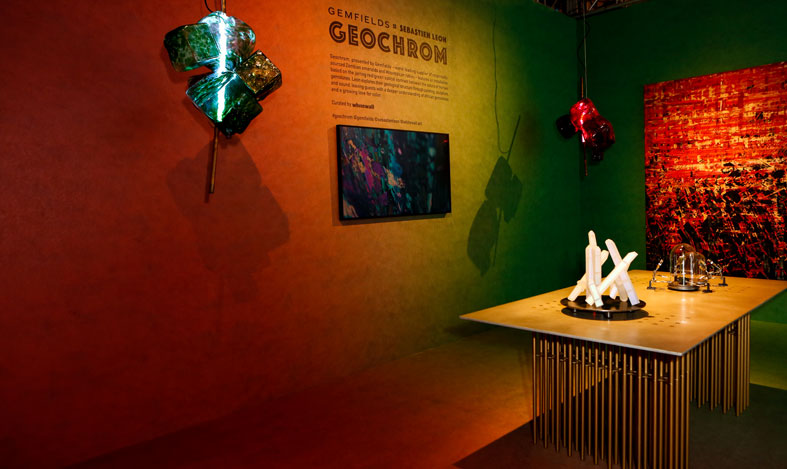 The French/American artist created a luminous display that emphasized the uniqueness of every gemstone and played on color perception. 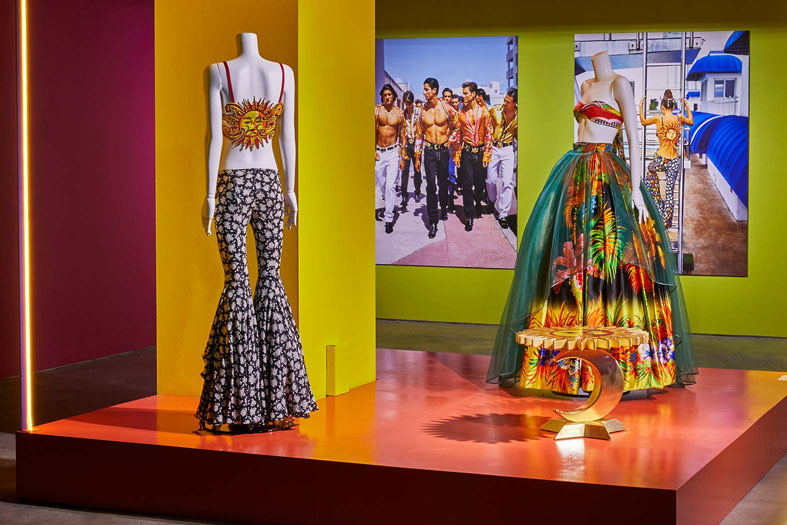 There is simply nothing more South Beach than Versace. The iconic Italian brand commissioned artist Sasha Bikoff to design some new furniture inspired by the designer’s opulent aesthetic. She did not disappoint. 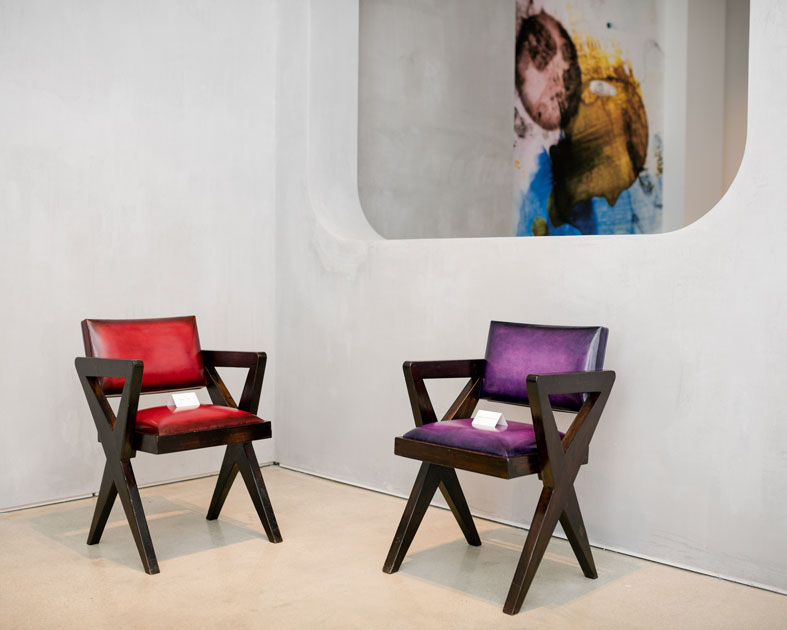 Some classic pieces by Swiss designer Pierre Jeanneret were resurrected and given the Berluti treatment — furniture was restored by Galerie Downtown and reupholstered in the Italian label’s signature leather. 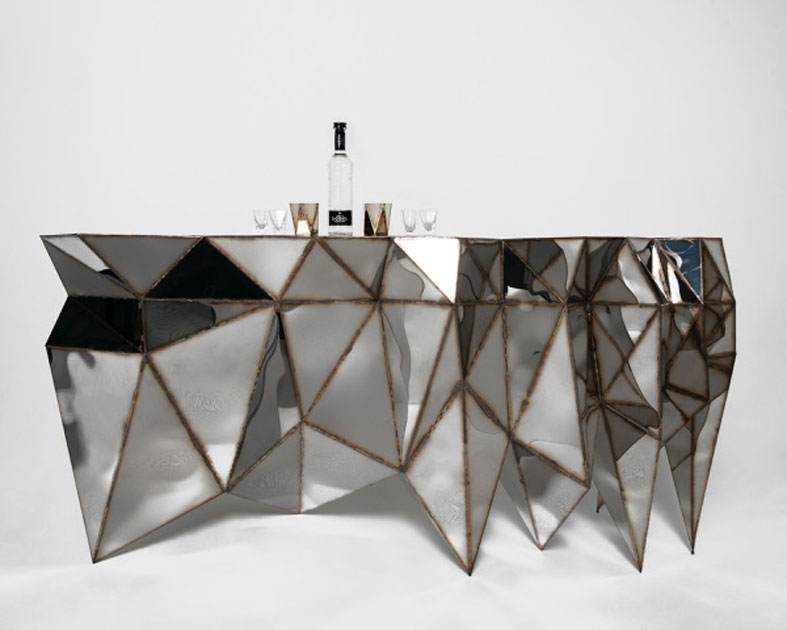 Leo Villareal’s ‘Optical Machine I’ at The Miami Beach EDITION 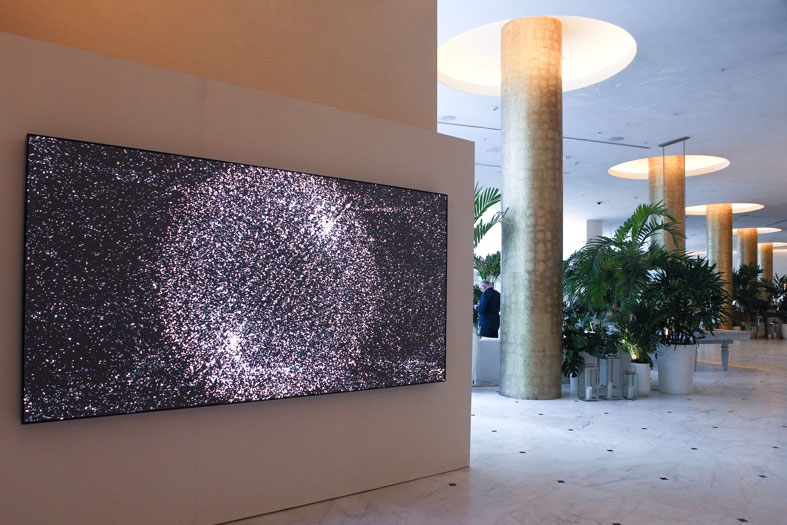 After wowing audiences at Pace London, Leo Villareal brought his illuminated piece to the lobby of the Miami Beach EDITION hotel’s lobby. 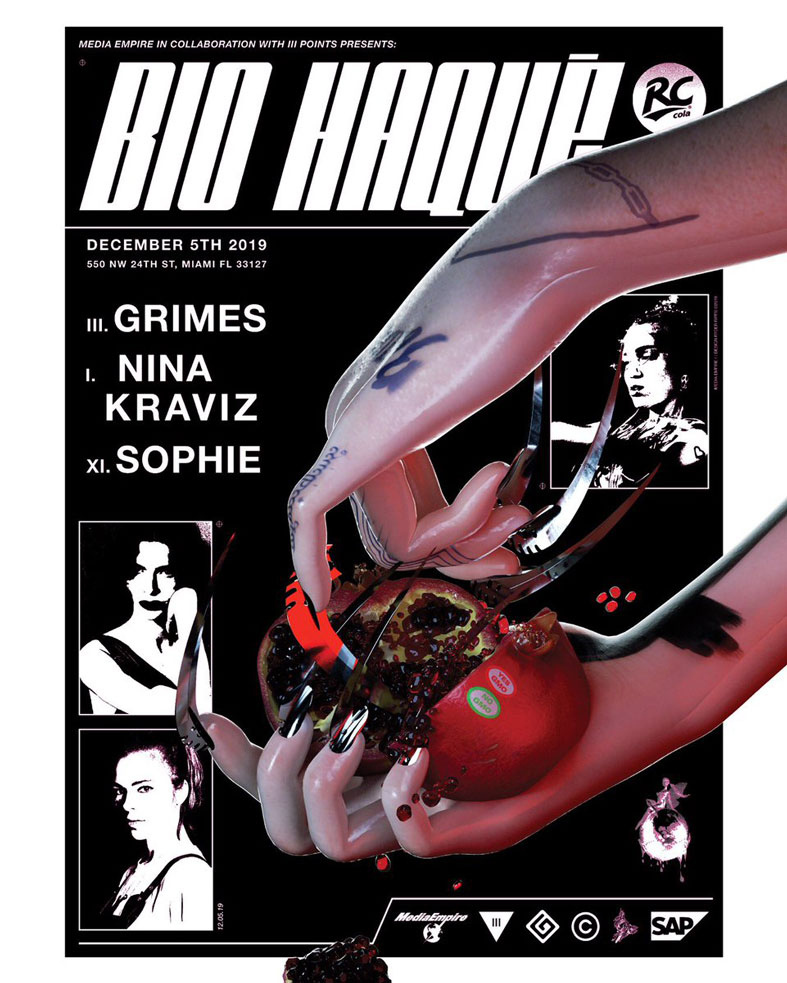 Grimes, SOPHIE, and Nina Kraviz all took turns spinning at Bio Haque in Wynwood, while Paris Hilton, who (fun fact) once was the highest-paid DJ in the world, kept the crowd dancing at WALL Lounge in South Beach.