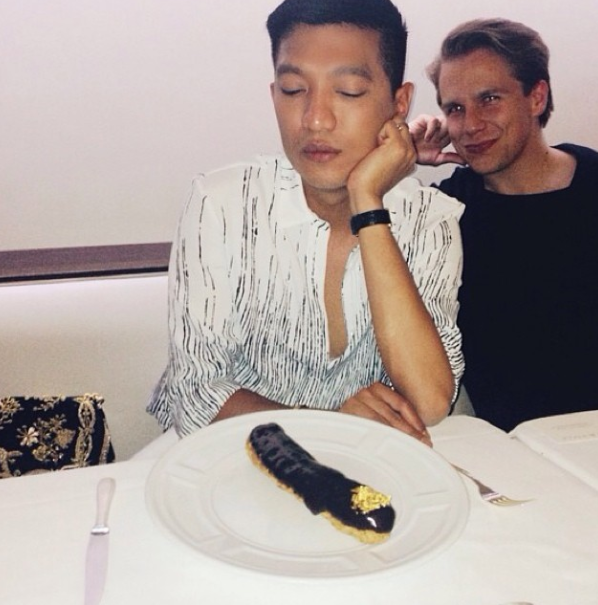 Parody social media accounts are one way to cast irony on the narcissism—and often-fraudulent nature—of social interactions on the interweb. As Karley Sciortino of Slutever recently wrote, “Social media is probably ruining my life, but at this point, without it, it’s almost like I wouldn’t have a life.” All the same, parody accounts can “ruin lives” too, in some instances igniting police raids and First Amendment lawsuits.

But it’s not always anarchy! Eli Yudin and Carey O’Donnell created the parody Twitter account @nottildaswinton in 2012, gaining the praise of notable publications and even Swinton herself. “She reached out to us and told us she was a fan of it,” O’Donnell commented, “which we were happy about knowing that she understood we weren’t mocking her, but celebrating her eccentricities in this exaggerated character of herself.”

And then there’s the food. #foodporn with over 30 million posts, #eats with more than 225,000 posts, and #eeeeeats toppling 120,000 posts. Not to mention the recent denouncement that avocado toast is “the most annoying food on Instagram.” And so emerged the counter-consumption of a newborn account @youdidnoteatthat, speaking the truth in this mixed up world of far too many macarons and ice cream cones used as props. The handle features often familiar faces (deceptively) consuming high-calorie snacks with colorful commentary.

Here’s some of the account’s best fashion-centric entries:

That time Kate Hudson smiled at a piece of cake. And then…didn’t eat it. #youdidnoteatthat

She didn’t eat it. Too much sand in the buns.

Oh my gosh look they come already in their own little trash bags! How convenient!! #youdidnoteatthat but#youdidblockthat Emily Schuman.

What he really wants to know is if those cupcakes are Paleo approved.

Coco, the consummate professional, actually pulls this off. Christian on the other hand seems to think he’s holding a grenade. We can actually smell his fear.

A regram from our favorite @bryanboycom who is the consummate fashion professional. His disdain for that “magnum-flavored, chocolate covered rectangular donut with macaron filling” is palpable.