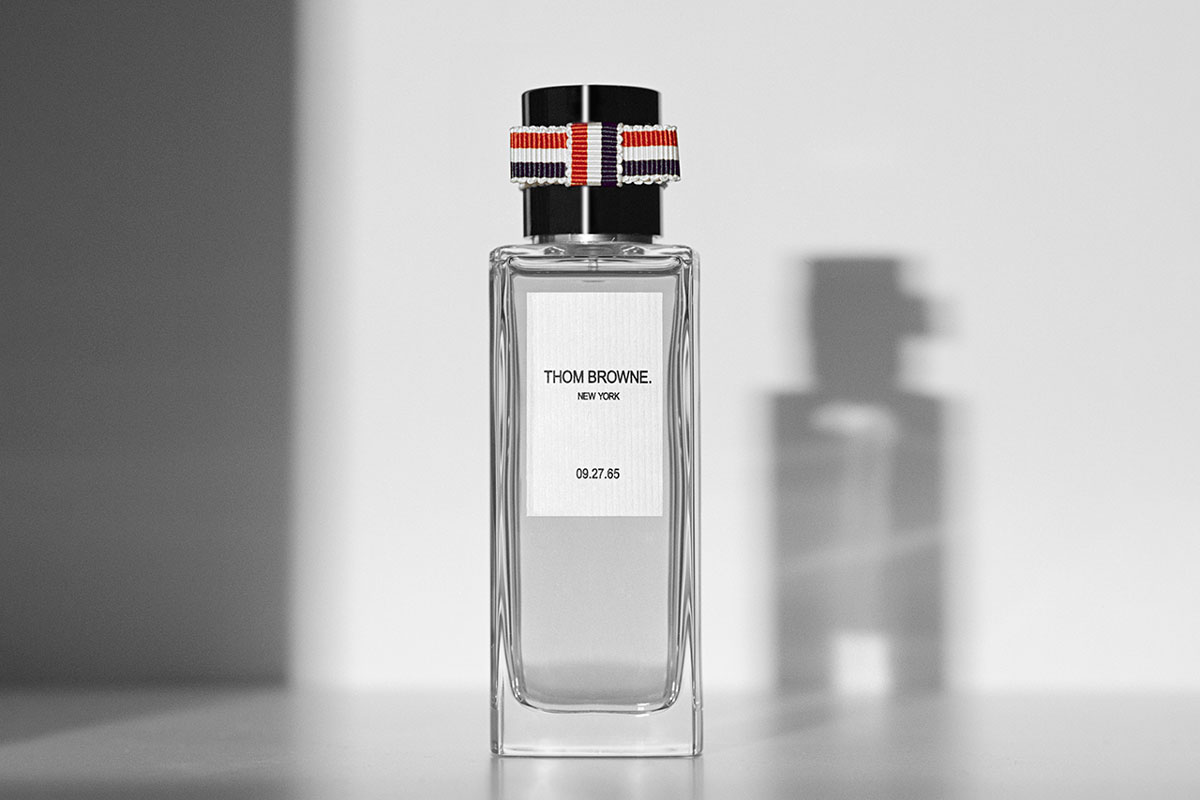 Thom Browne has built a career and internationally recognized fashion empire reinterpreting the traditional men’s suit with absolute precision and whimsy. Now, for the first time ever, the American designer is expanding into fragrances with a collection of six gender-neutral scents. The assortment, concocted in partnership with Swiss fragrance lab Givaudan, is titled 09.27.65 (Browne’s birthday — he’s a Libra) and each of the scents is numbered 1-6. Centered around a vetyver base, every bottle is infused with a different aroma accent, including cucumber, rose, whiskey, and smoke. The appearance of the bottle is purposely undistinguished — a simple rectangular bottle bears a simple white label and a signature striped ribbon is wrapped around the lid.

The Thom Browne 09.27.65 will launch in select stores and online in early October.