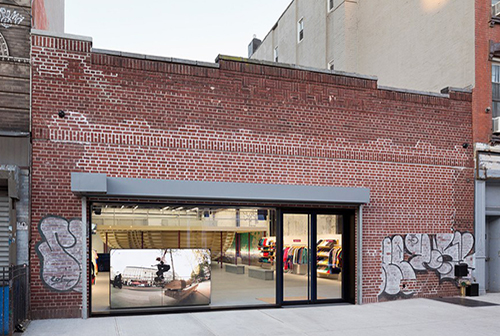 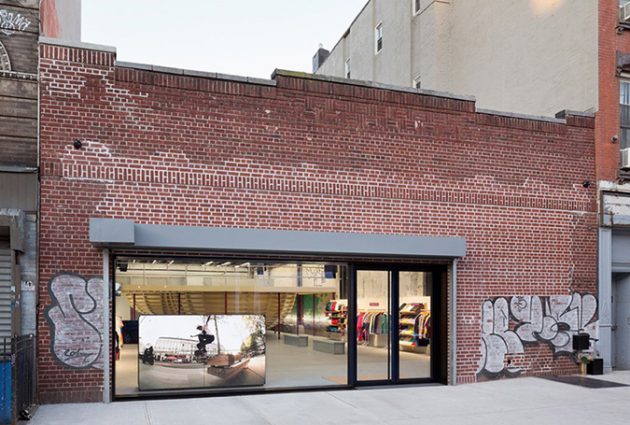 New York-based cult streetwear label Supreme opens its highly anticipated first store in Brooklyn today. The launch of the location in Williamsburg marks the brand’s second store in the city — the original flagship in Soho helped establish the neighborhood as a streetwear epicenter when it opened in 1994, and has since become a minor landmark among skaters and hypebeasts alike. The new 3000-square-foot shop boasts a large skate ramp in the store’s center, a feature also seen in the company’s Los Angeles store.

The store’s minimal interior echoes the design cues of its other outposts, including a wall dedicated to skate decks, while the exterior is decorated with custom graffiti by artist and skater Mark Gonzalez. Additionally, professional skateboarder Jefferson Pang will oversee the store as manager. 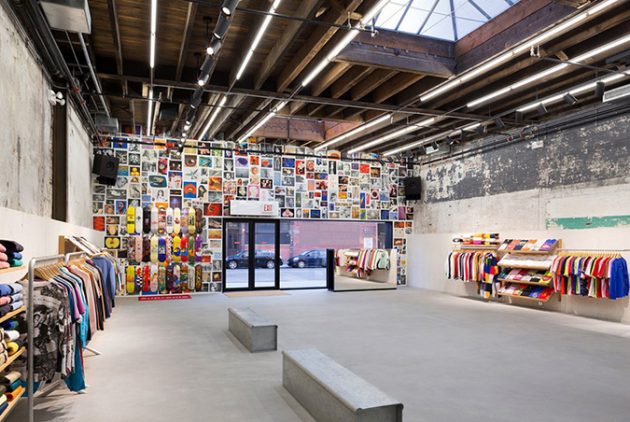 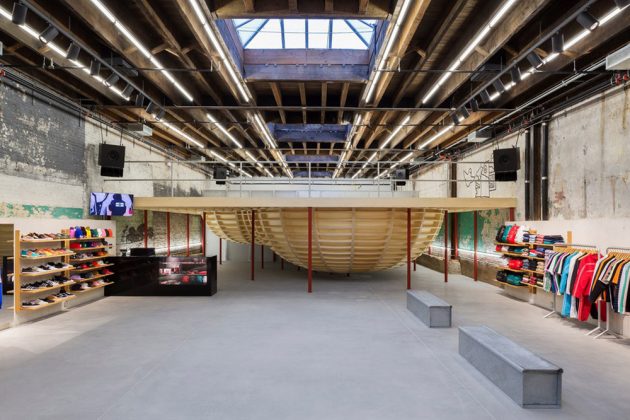