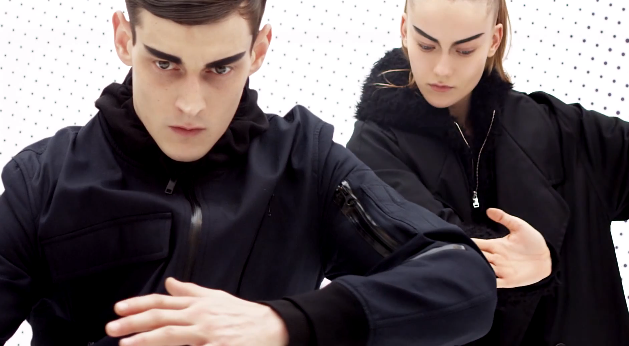 Y-3, Yohji Yamamoto’s ten-year-running athleticwear line with adidas, has never been a brand to play it safe, but if the just-released promo for AW14 is any indication of its chutzpah, next season looks to be the boldest one for the east-meets-west brand yet. Focusing on the graphic colors, daring patterns, and smack you in your face styled athleticism—an inspiration that comes with a “BAM” from Japanase Manga—that karate chops itself through the upcoming collection, the video illustrates the animated duality of opposing forces; an underpinning of next season’s story. The campaign was styled by Fantastic Man’s Jodie Barnes and reasserts Yamamato’s whimsical, if not endearing, power on the streetwear scene. Kiai!