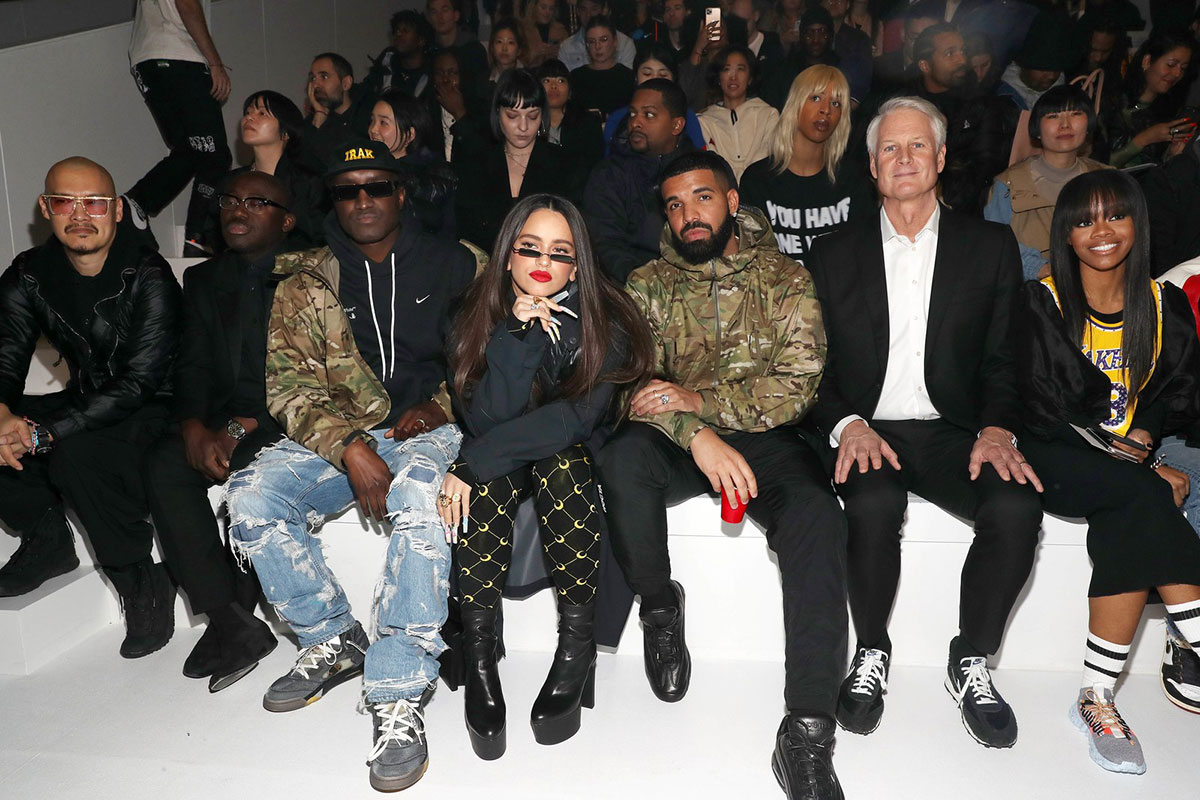 Nike unveiled its 2020 Olympic line last night during New York Fashion Week, with special guests including Rosalía, Drake, and Virgil Abloh spotted in the front row. The athletic brand also featured a tribute to basketball legend Kobe Bryant, who died in a helicopter crash last month, with a line of six children who quietly took the stage in Bryant’s number 8 jerseys as they shared a moment of silence. The show continued with a complete runway presentation and a dance number with athletes and models performing side by side.

Another highlight of the show was the reveal of Off-White x Nike sneakers that Abloh teased on Instagram ahead of the show. We can expect more of the iconic Nike logo in Off-White quotation marks to come, with a hinted line of apparel as well. After the show, Abloh went backstage to celebrate the upcoming launch, where he was joined by the aforementioned guests and colleagues including French designer Simon Porte Jacquemus.

Check out the 2020 US Olympic uniforms below.