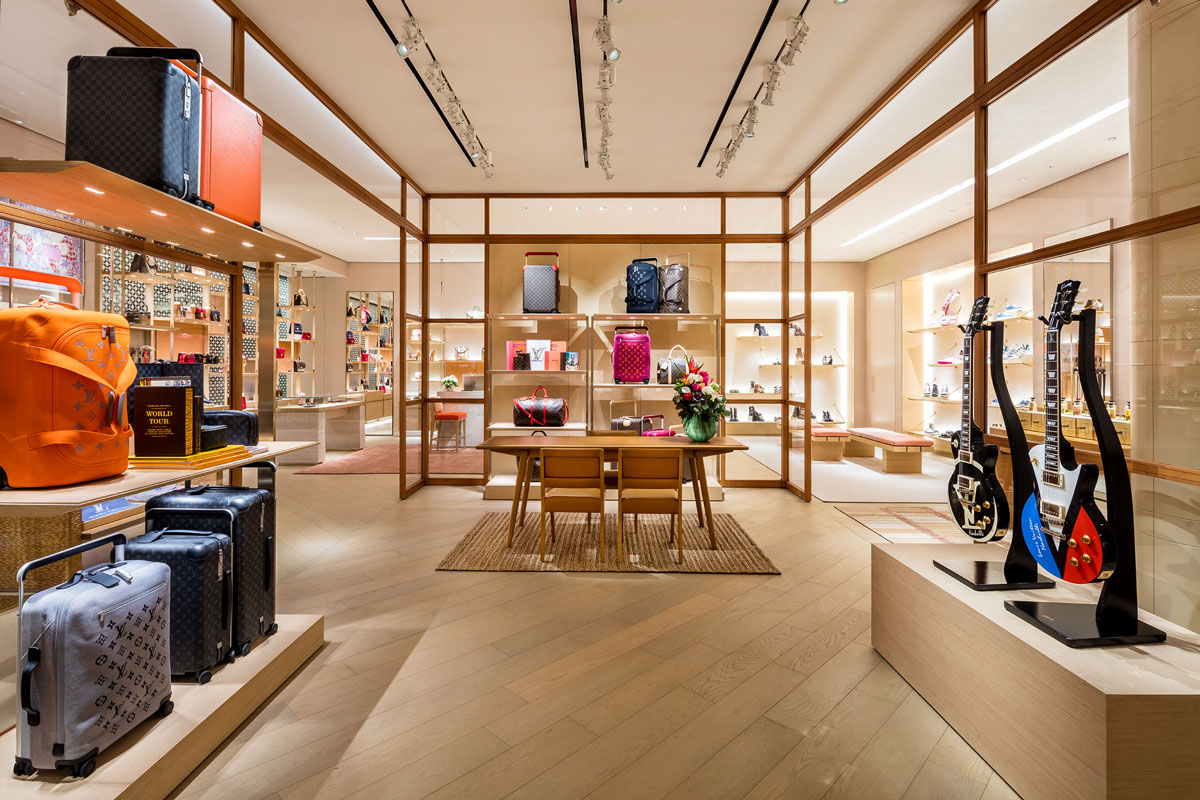 Nashville — commonly known as the Songwriting Capital of the World — just got a special treat for the reopening of its Louis Vuitton store at The Mall at Green Hills. After an extensive renovation, the newly opened boutique in the Tennessee capital is now the home of a pair of custom Gibson guitars customized by the French designer. The pair of limited-edition 1959 Gibson Les Paul guitars have been decorated with mother of pearl fretboard inlays and various takes on the brand’s logo — one instrument features hand-painted artwork by one of the designer’s in-house artisans and the other features a bold LV print.

The shop also introduced the Music Trunk, a live performance space designed in the shape of the brand’s historic travel trunks. It’s a first for the brand but makes sense — designers like LV’s own men’s artistic director Virgil Abloh and Dior’s Kim Jones are the new rock stars, so they might as well start acting like it.

The Louis Vuitton store at the Mall at Green Hills is open now at 2126 Abbott Martin Rd, Nashville, TN 37215, 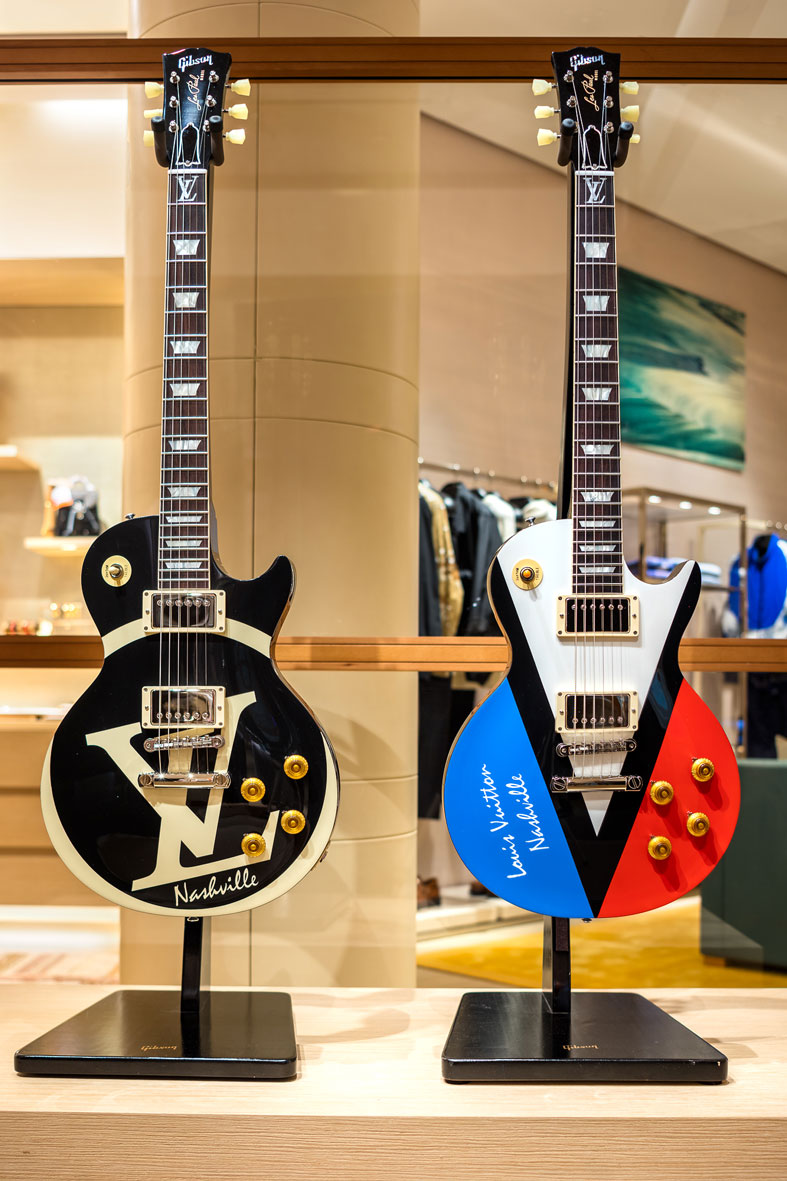 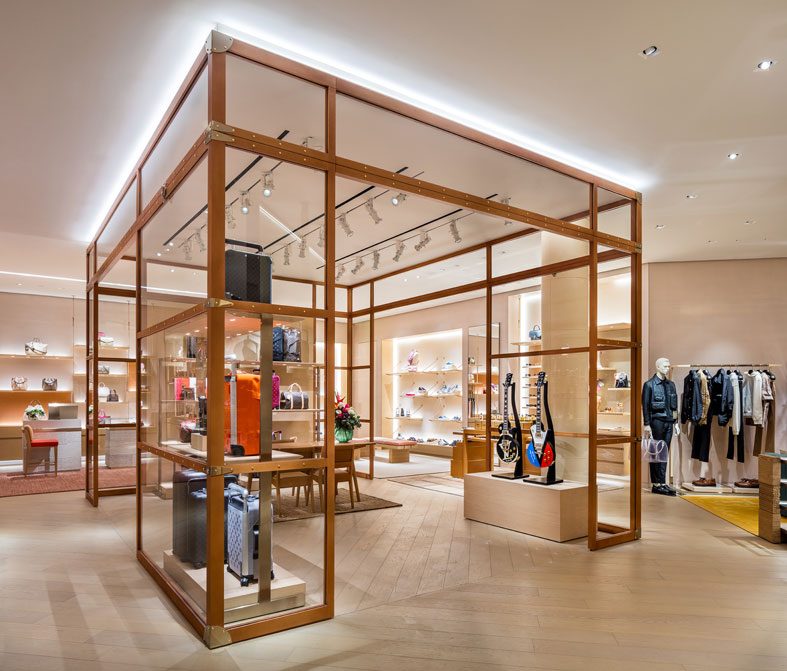