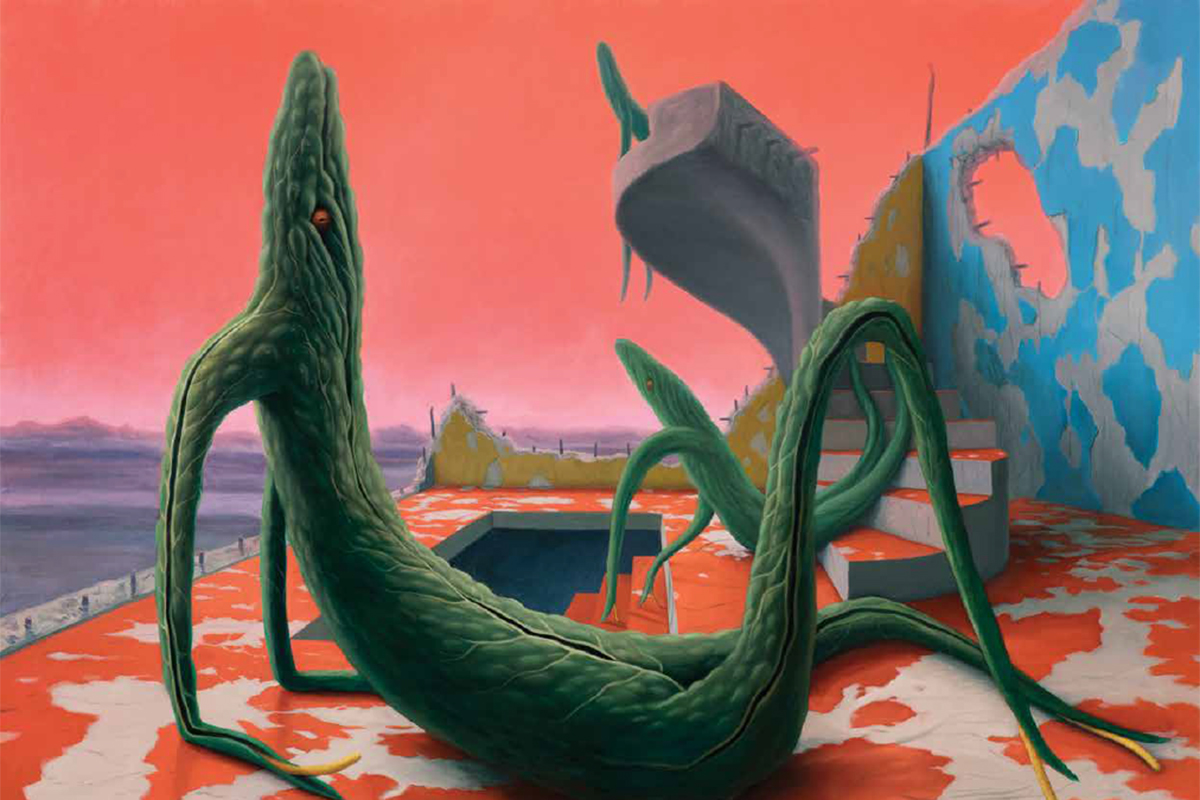 American artist Jeremy Olson creates the stuff of fever dreams. His hyper-surreal pieces are indicative of a vivid imagination, one that can’t be contained and can only be introduced into existence by matching paint to paper.

“Stylistically, there’s a relationship to 20th-century surrealism, but also to children’s book illustration and sci-fi book covers,” he tells me over email. “The various figures I depict are often composites of two or more things, I’m interested in the anxiety of things that can’t be easily categorized.”

Currently based in Brooklyn, Olson’s pieces have been featured in galleries around the world, including solo shows in Lyme, Connecticut and Melbourne, Australia. He also spent two
years in Oslo working on a virtual project that “still hasn’t seen the light of day.” His pieces are informed by a vast range of influences, from sci-fi imagery, to the work of American surrealist artist Kay Sage and Canadian director David Cronenberg (the unofficial father of body horror), to “some 700 artists on Instagram” he follows, which somehow fuse together to support one fantastic cohesive vision across multiple mediums. 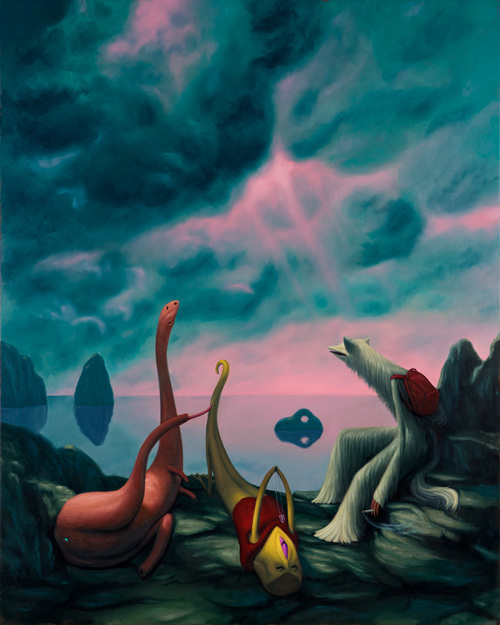 Since deciding to take his career more seriously while in graduate school in 2007, the artist has dabbled in many different mediums, including video, animation, and photography—in 2016, he self-published a 3D photo book, grotto, which he cites as one of his many career highlights. His recent friend series “takes ’60s and ’70s public sculpture à la Calder or Di Suvero as a point of departure, but adds a layer of cute anthropomorphism and then renders them in a trompe l’oeil model-railroad style.” Clearly, he is not limited by materials.

“I’m very interested in video games, both as a subject and a medium,” he says. “Various digital mediums are definitely on the horizon, but at the moment I’m more focused on analog methods of working.”

A commitment to analog is something that seems to come naturally to him, despite any indication of the futuristic and unusual universes he portrays in his expansive work. The focus on retreating back to more traditional mediums only serves as a testament to his craft.

“There isn’t a correct response or interpretation to any specific piece,” he shares. “I’m always interested to hear what people take away from the work, whether a character reminds them of someone or it could be just a specific color combination [that] triggers a memory.” By embracing experimentation, Olson will always provide viewers with an opportunity to feel something new.

The featured image is ‘indolent harvest,’ 2019. 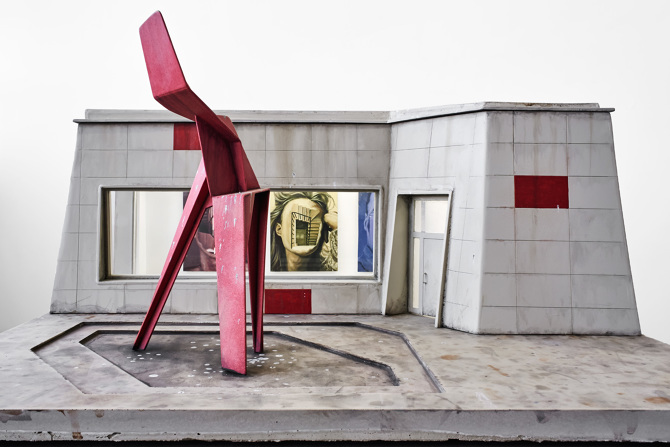