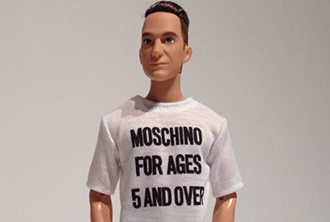 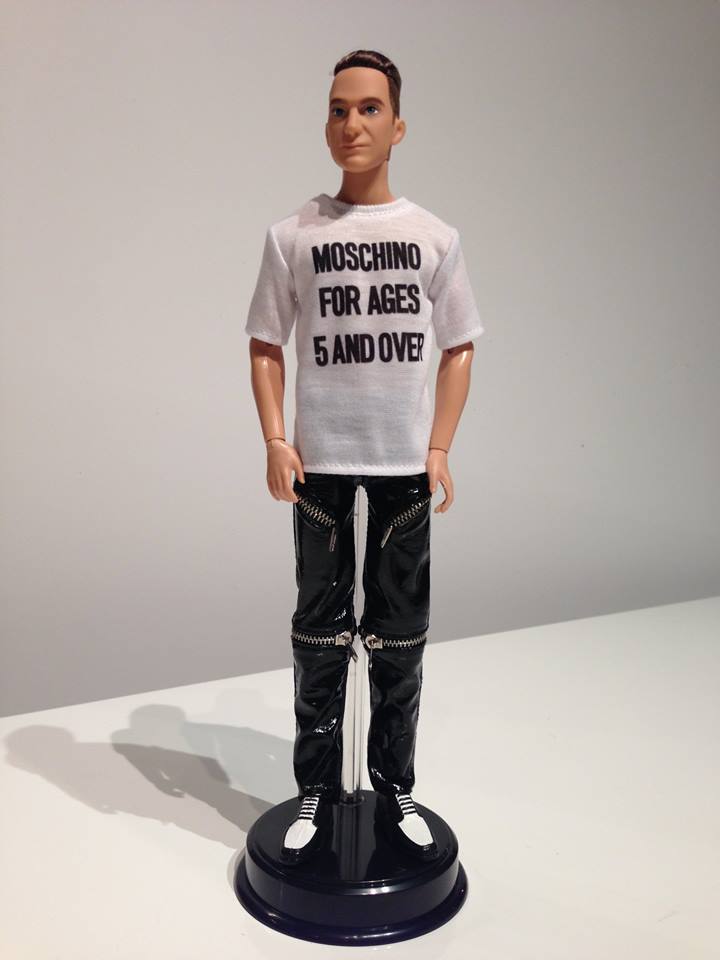 Though I’m not suggesting that all men should start buying dolls—that being said, it’s nearly 2015, and you can do whatever the hell you want, okay—designer Jeremy Scott’s latest “Ken” doll of himself takes his mattel-influenced Moschino‘s Women’s Spring 2015 collection to a literal and perversely collectible level that is sure to top the desks of high rollers and fashion devotees this holiday season… so basically me and all my friends, right? That is if it actually goes into production. While the details surrounding the fashion figurine are as amorphously defined as the appendages on its not-human toy body, like the brand’s recent Barbie house themed party at Art Basel Miami, SpongeBob SquarePants-themed leather goods, or the designer’s own Shrek collab, if it does, it won’t be anything less than horrifyingly brilliant. Plan B is a 3d printer, Scott’s proper measurements, and a lot of weird time on my own.