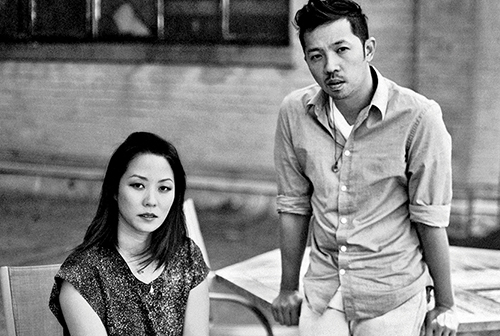 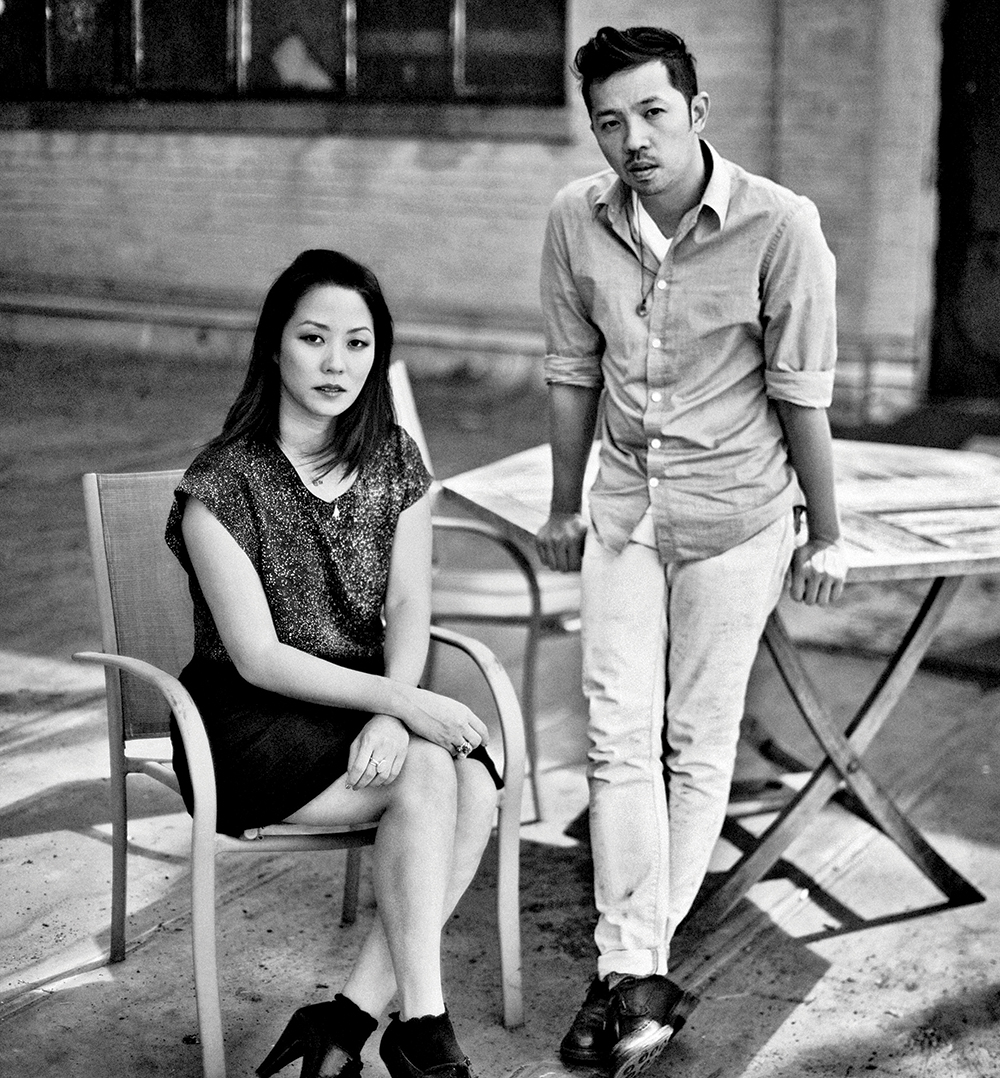 Essential Homme: It’s been over ten years since Opening Ceremony (OC) first opened its doors as a small store in downtown Manhattan. Now that you’ve claimed foreign territory (more than once), developed and defined an in-house line that rivals some of the store’s accounts, and revived the great house of KENZO, do you plan on letting up to enjoy your successes anytime soon?

Carol Lim: We can’t really sit down and stay still. We’re always constantly in motion, so even though we’re super proud of the accomplishments we’ve made, we’re always asking ourselves, ‘ok what’s happening next? What are we excited about now?’ I don’t even think at Opening Ceremony’s ten year anniversary that we high-fived or went out to dinner…we just kept going.

EH: Has this unceremoniously humble response to your work been molded by early success, or do you think it’s some sort of innate quality—or rather, natural thirst—that you both share?

Humberto Leon: No, it’s not about wanting more. Our goals are just a lot bigger than who we are and where we are now. We are at the tip of the iceberg for what we want to do. It’s difficult to reflect back on yourself, but it’s easy to know your goals.

CL: I met Humberto at Berkeley. We were 18 and had both grown up in Los Angeles. We realized that separate from before we had even met, we had a similar approach to life, work, you know, all of the above. We were—and we are still today—both very curious people and we don’t just stop at the surface. We want to know the details about everything and we like to reminisce about brands that we grew up with. 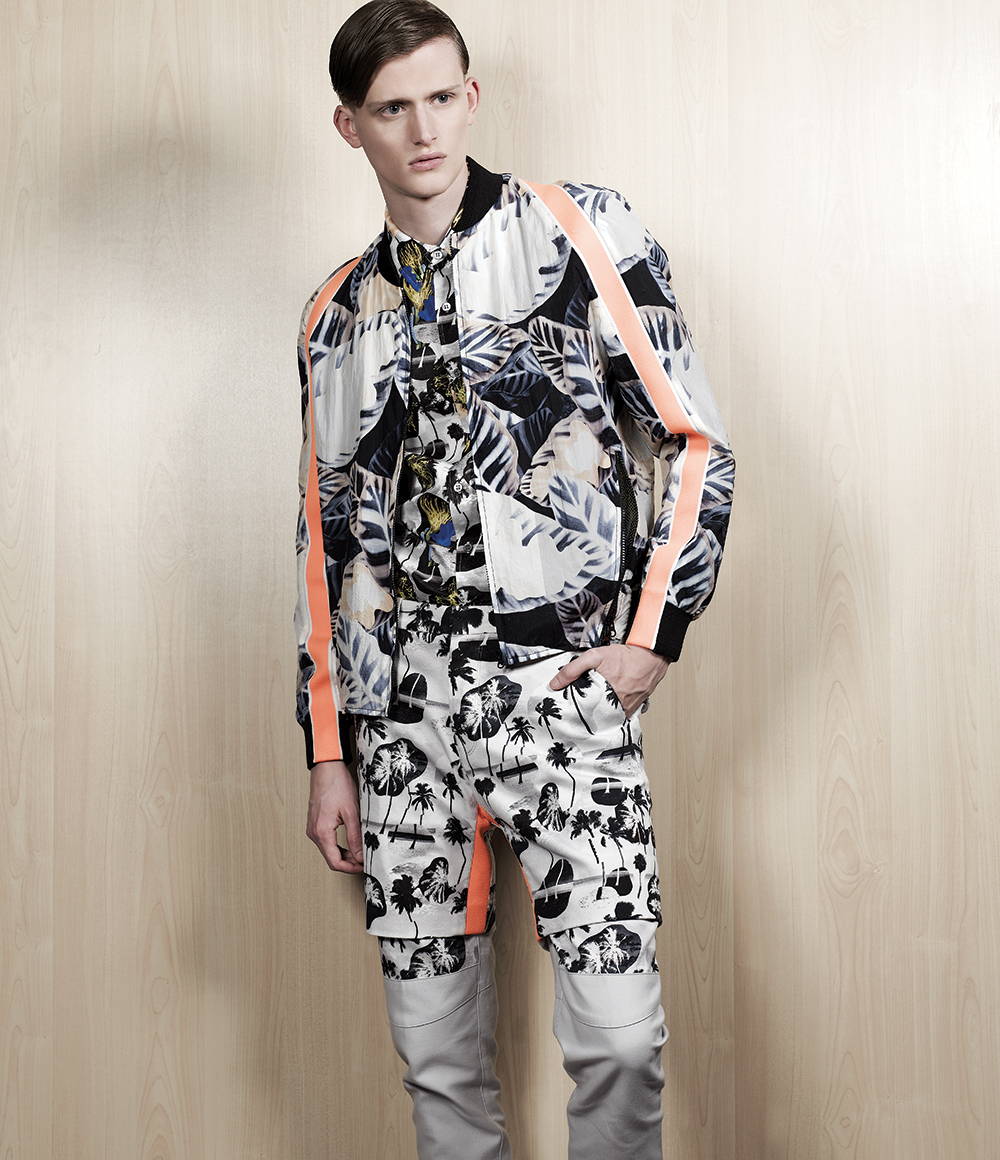 EH: OC has had so many collaborations in its life thus far that sometimes it can be hard to keep track of, much less buy everything. From the Muppets to Maison Martin Margiela’s MM6, how does the inception for these happen? Were there any ideas that were just too crazy or weird to make the retail floor?

CL: Sometimes we’ve experienced something in the past and it ends up becoming the inspiration of a new project or sometimes a conversation or a person today will inspire us by triggering something. For example, every year Opening Ceremony picks different countries to focus on. When we decided to feature Germany, a lot of our friends were moving there—this is back in 2004/2005—which told us, ‘okay, there must be something interesting and creative happening in Berlin right now.’

HL: One thing you should know is that nothing is ever too crazy or too weird. What it comes down to is how it is approached. When you look back at the projects we’ve done, they range from introducing Havaianas to a global market, working with Yoko Ono and people like [artist] Terence Koh, and doing amazing projects with Rodarte and Chloe Sevigny. We try to see all our ideas through, so I would say the follow out is very few—maybe one or two that didn’t work out—but we have a list of a million more.

CL: We don’t have a formulaic process. We do plan things, obviously, and we think ahead, but because we’re so flexible—and since we like to respond in real time to real things—a project can come up on the table tomorrow, and within a few weeks we can execute something. We react in the way that I think human beings react. We’re not so robotic that we can’t.

EH: You just listed a bunch of names from a seemingly-unending registrar of high-browed products to complete brand resuscitations. Did any OC project particularly resonate with either of you on a personal level?

HL: In so many ways they are all personal accomplishments. The store really represents Carol and me, so being able to work with all of our idols—people, brands, and artists that growing up we just simply wished to meet—is a huge thing for the both of us. And that could be working with a company like Vans to working with David Lynch or MIA, I mean, the list goes on. We have a very fortunate job that we get to work with everybody and anyone that we think is the most authentic and coolest and raddest in the field, and not everyone can say that.

We react in the way that I think human beings react. We’re not so robotic that we can’t.

EH: How do you continue the momentum of the store given the commercialization of the boutique mentality and people’s constant search for a more interesting shopping experience?

HL: We follow our own momentum. The store comes from a very personal and curious place. It is super eclectic, and we approach everything in a very humanistic way. We ask the questions that you’d probably ask, but then we have to answer those questions to ourselves every day. We’re also not just holding onto things to hold onto them. When people love something and they want to see more of it, then we’ll hold to it. If we want to move on, then we will. There are brands that have been on the floor since the very beginning, but there is always an injection of new. We have a constant refresh button.

EH: OC is somehow able to interest both label lookers as well as the black sheep—extremists or ‘anti-fashion’ enthusiasts that would laugh at the idea of tailored formalwear. Particularly for men, this jump can be dramatic. How do you find an equilibrium between the likes of Band of Outsiders and Bernhard Willhelm under one house?

HL: We see the store almost as a person’s closet. There are occasions when you really just want to represent the classics; something fun, beautiful, and simple. Maybe you’re going to a wedding or an event. And then there is everyday life where you want to be individualistic. But also, there’s no reason why you can’t wear that Bernhard Willhelm top with those Band of Outsiders perfect-fitting trousers. We’ve never once said that you have to wear head-to-toe a certain one designer. Like your wardrobe, it’s all about how you put it together.

EH: As you suggested, there have been many brands with you since day one. I spoke to Patrik Ervell earlier this year and he referred to OC as an incubator for experiment. Who are some other voices or styles you’ve grown with?

HL: Brands like Alexander Wang, Acne, Rodarte, Proenza, and Pendleton would all tell you that we put a mark into their brand; in some way, shape, or form, that we were really a place where things were formed for them, and that’s super exciting. I could probably list another 20.

EH: And how have these brands affected you?

HL: I think that we’ve affected each other. We come from different point of views, us as retailers and they as designers or brands, but it’s always been about the cohesion of telling the story.

CL: They also affected us in a way in that we became homes for them. As their brands developed, we became an outlet for them to storytell their point-of-views.

HL: Sometimes it’s brands we all know like DKNY and sometimes it’s new brands. For instance, with the LVMH Prize, we’ve started off this season carrying all three winners [Thomas Tait, Miuniku, and Hood by Air]. Other times, it’s about re-discovering brands that mean something. We went back to Walter Van Beirendonck after we started to feature Antwerp to really question what life after Antwerp Six—beyond Raf Simons and everybody else—meant. Today I see Walter in a lot more different stores, which is great.

EH: How much creative crossover is there between OC and KENZO?

HL: They are both treated very differently. Opening Ceremony is a brand new story that is all about Carol and myself. While KENZO is about retelling a really important story to the fashion world. Knowing that Kenzo Takada was the first Asian to really make it big in Paris—by establishing a fashion house and bringing that cultural excitement to France—it’s an exciting story to be able to narrate. Both brands have our marks on them heavily, but the great thing is we are in control of both, so we can keep them separate. 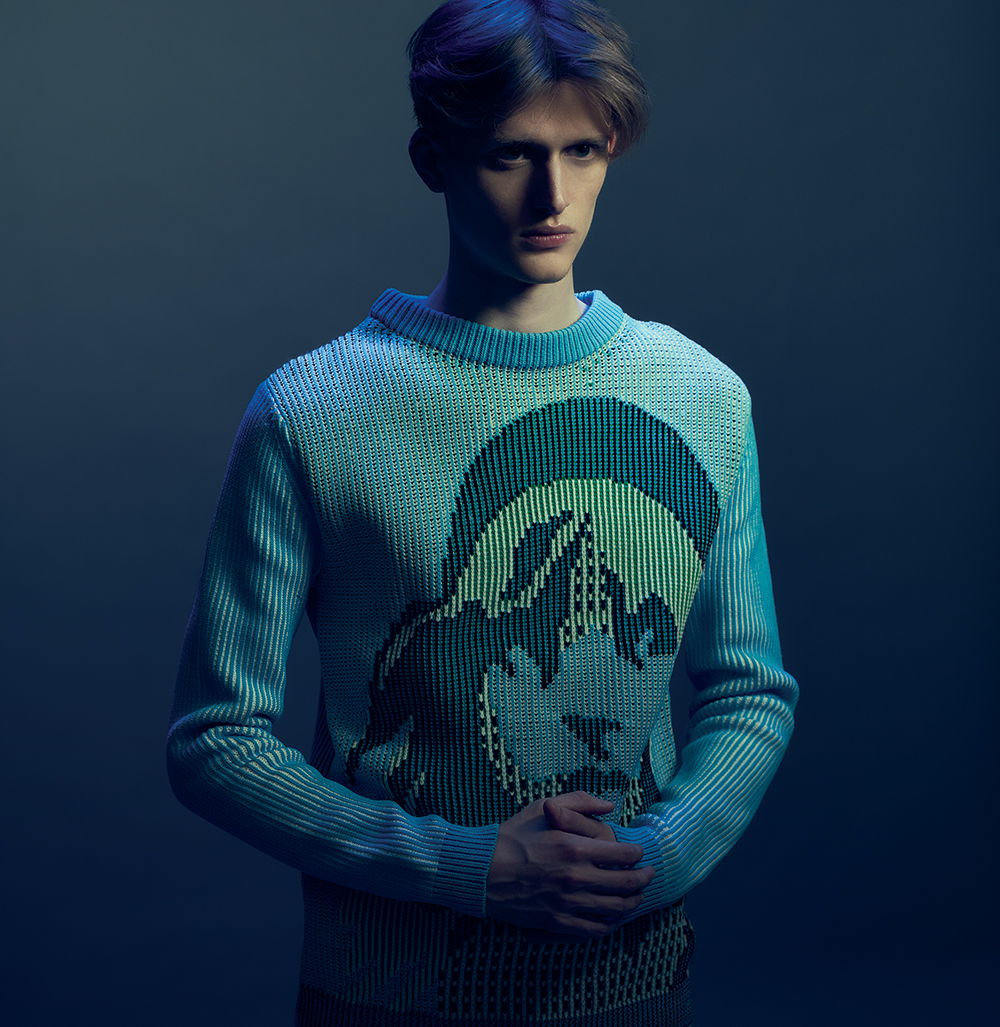 EH: I found it interesting that considering OC is so outer-looking—as you mentioned about its visiting country program—that for KENZO’s SS15 collection, you brought the brand back to its Parisian roots. How was this idea conceived?

HL: Through KENZO, we’ve celebrated a lot of different aspects to the brand, but the one thing we felt like we hadn’t celebrated was our love of Paris. We wanted to take a really bold stance for our Parisian take and talk to the city as a theme, while celebrating it from an outsider’s point of view. Not just as modern day Paris, but the historics of Paris as well; everything from the architecture, to the birth of Modernism, and all the aspects that we love and cherish about the Parisian lifestyle. It was really our nod to the city that is the birthplace of the brand.

HL: It’s hard for us to see product without a narrative. Partially I think because we didn’t come from a fashion background, and also because we are constantly with people outside of the fashion world, our approach is very much on a super black and white level of ‘how do we tell this tale?’

EH: Not to continue with the comparisons, but your influence isn’t just limited to IRL. Opening Ceremony completely revolutionized online shopping with a super interactive e-commerce platform and KENZO has begun to follow suit in the last few years. How do both brands—OC, a contemporary retailer, and KENZO, a luxury fashion house—fit into an online portal.

HL: Carol and I are two people that experienced life before the internet, yes, but we’re also heavily excited about the internet. The first thing that we did when we came to KENZO was create an online presence. We wanted a blog and a way to contribute content globally to tell the story and have a voice for the brand. It’s a different approach than others and a great Opening Ceremony comparison, because it’s the OC flavor that we brought into the fashion house’s heritage. Online is something we definitely don’t shy away from; instead, we approach and attack it very excitingly. 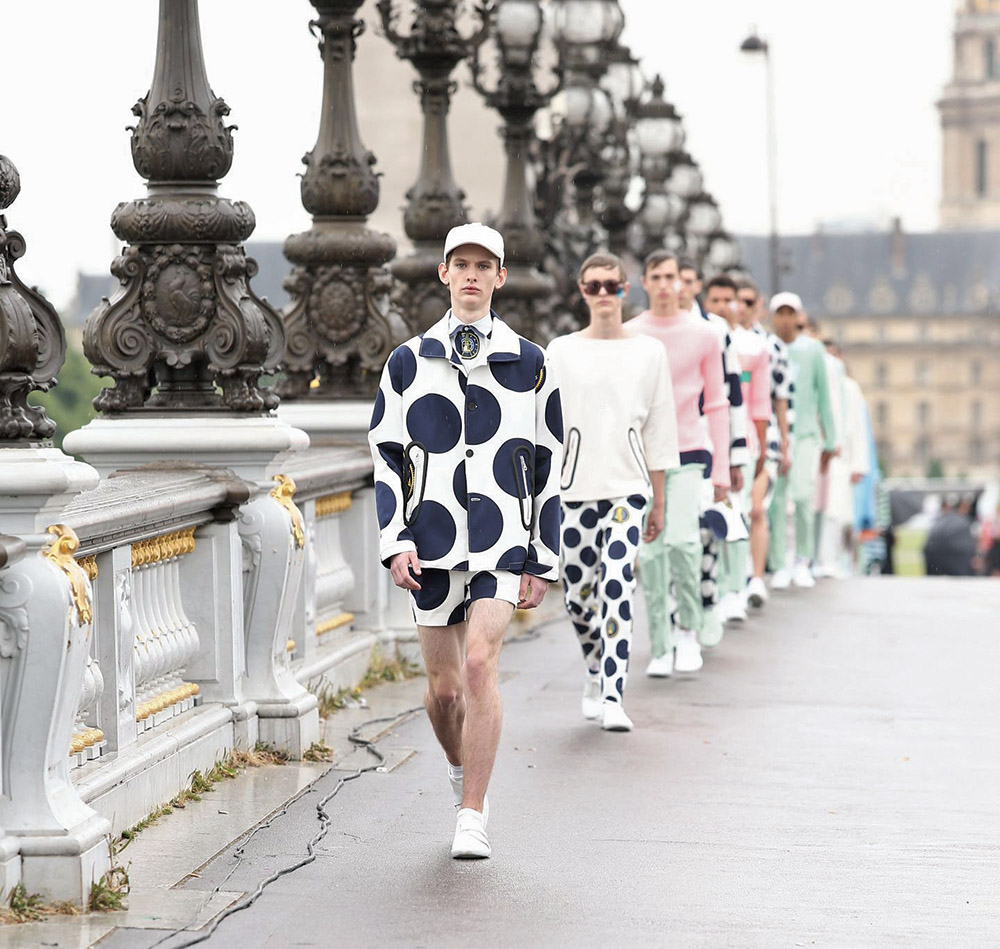 EH: What do you think Takada’s reaction would be to the reawakened, cooler-than-ever KENZO?

HL: Our first week at KENZO we wrote a letter to him saying how honored we felt to be at his house. He wrote us back after he saw our first show and said that he felt like we were bringing the energy back that the brand represents. Three seasons ago he started coming to all of our shows. For two people to take over this brand, it’s very, very humbling to see the originator come, support it, and tell us how excited he is of it—that he sees what we’re doing and how we’ve paid tribute to him and the brand. Carol and I put a lot of thought into each collection in knowing that we are telling this on-going story. It’s a 40-year-old historical house, and Carol and I play a role in the timeline of it. It’s exciting and a little unbelievable to see his stamp of approval.