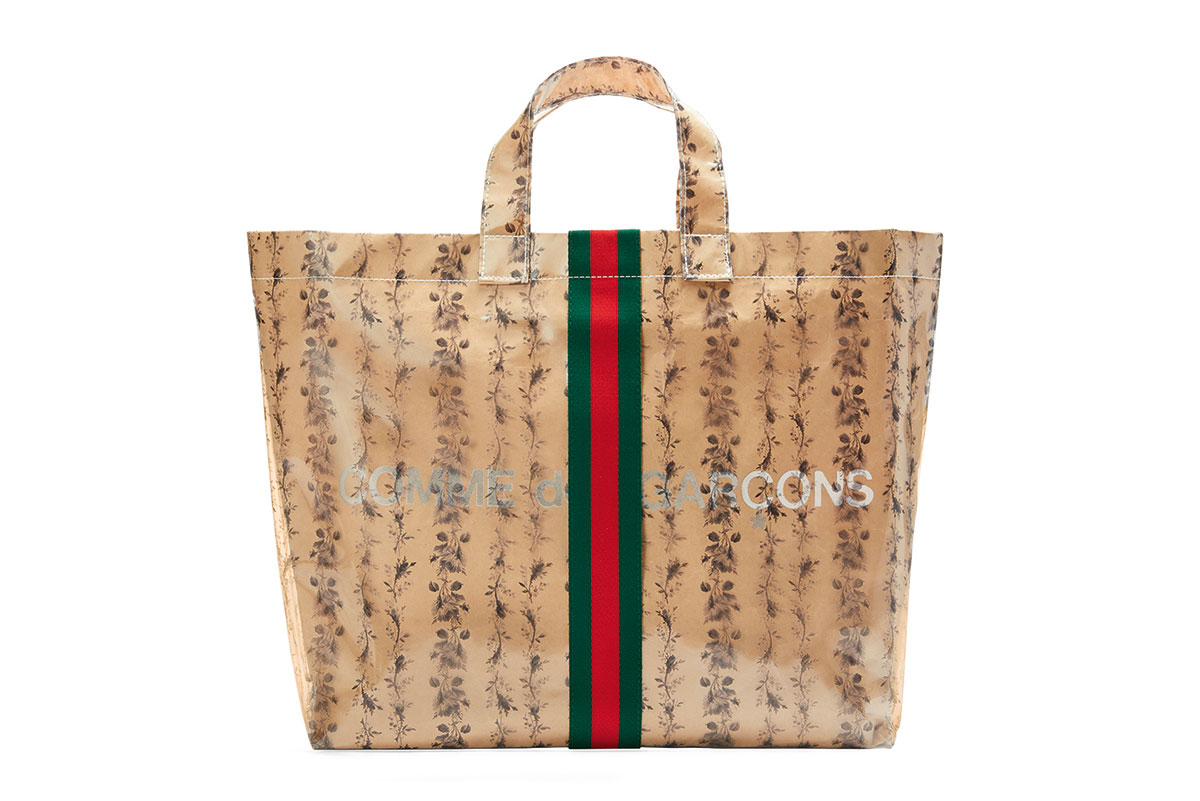 Comme des Garçons and Gucci have released a new bag as part of an ongoing partnership. Almost a year since the two fashion powerhouses announced a collaboration with a holiday bag — a simple brown CDG shopping bag ornamented with a striped ribbon in Gucci’s signature red and green color scheme that is, coincidentally, very Christmas-y — the two have collaborated on a more decorative accessory. A departure for the simplicity of the previous release, the new tote maintains the laminated shell and adds a simplistic and whimsical flowery all-over print to the brown base. The bag launches in CDG and Dover Street Market stores later this month, but will surely be a hot item for the impending holiday season.