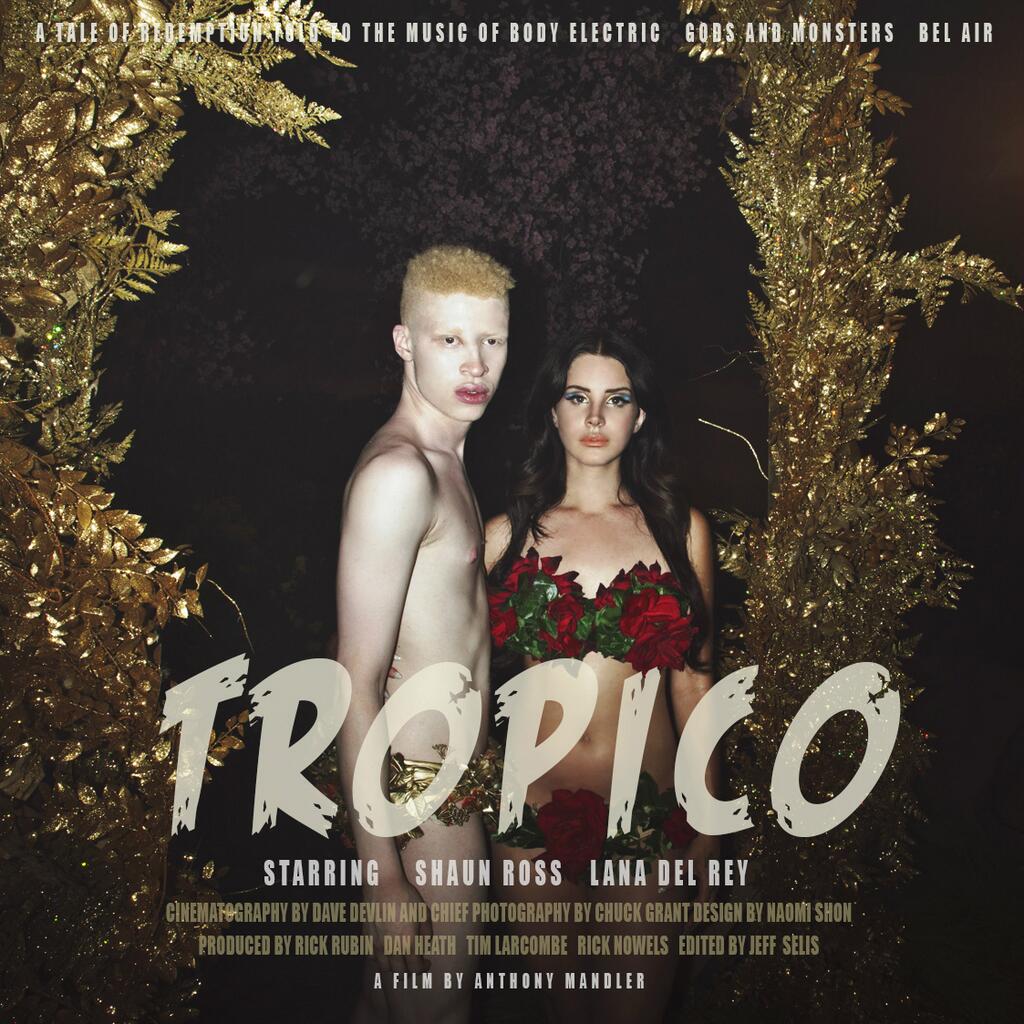 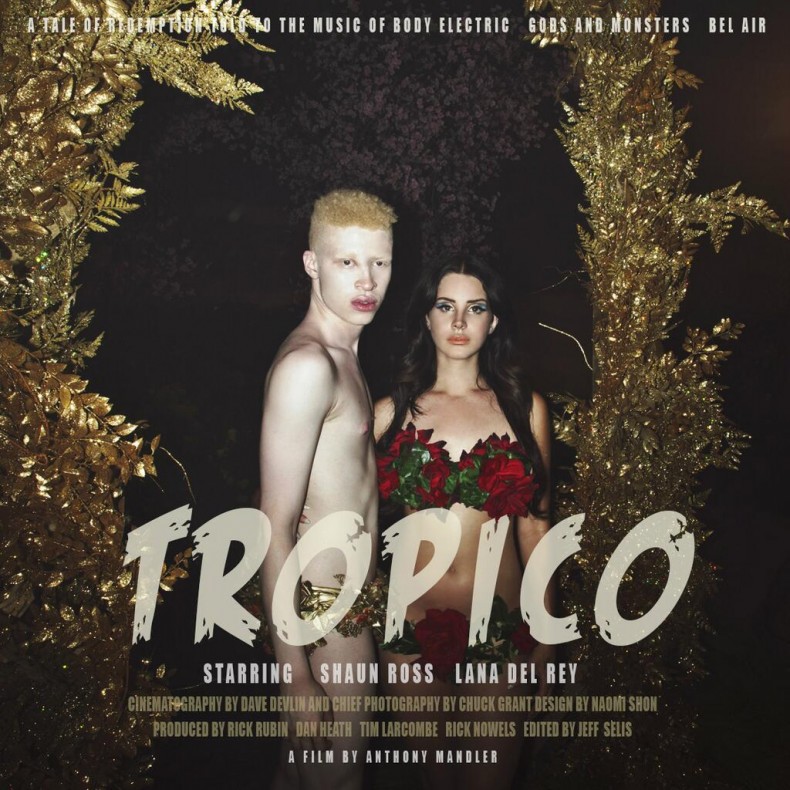 Lana Del Rey premiered her garden of eden-inspired mega-music video/short film Tropico yesterday channeling The Tree of Life, 1960’s Elvis glamour, Allen Ginsberg, a lot of not-so-subtle Christian guilt, and a surprisingly romantic set of Californian latin street kings. Set to the tune of three LDR tracks (“Body Electric,” “Gods and Monsters,” and “Bel Air”), even better the Anthony Mandler (of Jay-Z, M.I.A., Beyonce, etc fame) directed video co-stars male model/dancer/actor/beautiful being extrordinare Shaun Ross—known to most as being the first male albino mode—as Del Rey’s time-shifting, Bonnie and Clyde lover. In case you don’t have a full half hour to dedicate to watch Ross sultrily dance around those plump lips, we broke down our favorite moments below:

Tropico starts in what appears to be Lisa Frank’s real-time version of Adam and Eve.

Meaning there are a lot of blended colors and a lot of fluffy animals.

Del Rey and Ross lose themselves in “Body Electric.”

Ross takes her down.

Following LDR’s breach of heavenly trust (she eats the apple from the tree — women! right?), Ross follows suit because of, like, love.

Flash forward to late 2000’s Pasadena, California in which Ross is now kind of a gangster.

Yay they’re still in love in this time period too!

But it seems Ross has gotten himself mixed up with some dangerous friends!

But hey at least they still have each other, right?

Uh-oh, Ross and those friends of his end up robbing a group of wealthy business men!

So now they’re rich, and finally able to do rich-people-things like shoot guns openly into the sky. Luxury!

Later (?), Ross and Del Rey are like “lets lose these losers, they’re just bringing us down” and drive off into the sunset.

In said sunset, they change into white clothes and romantically dance in a field.

Spoiler: but then the dancing abruptly ends because they get abducted by aliens???