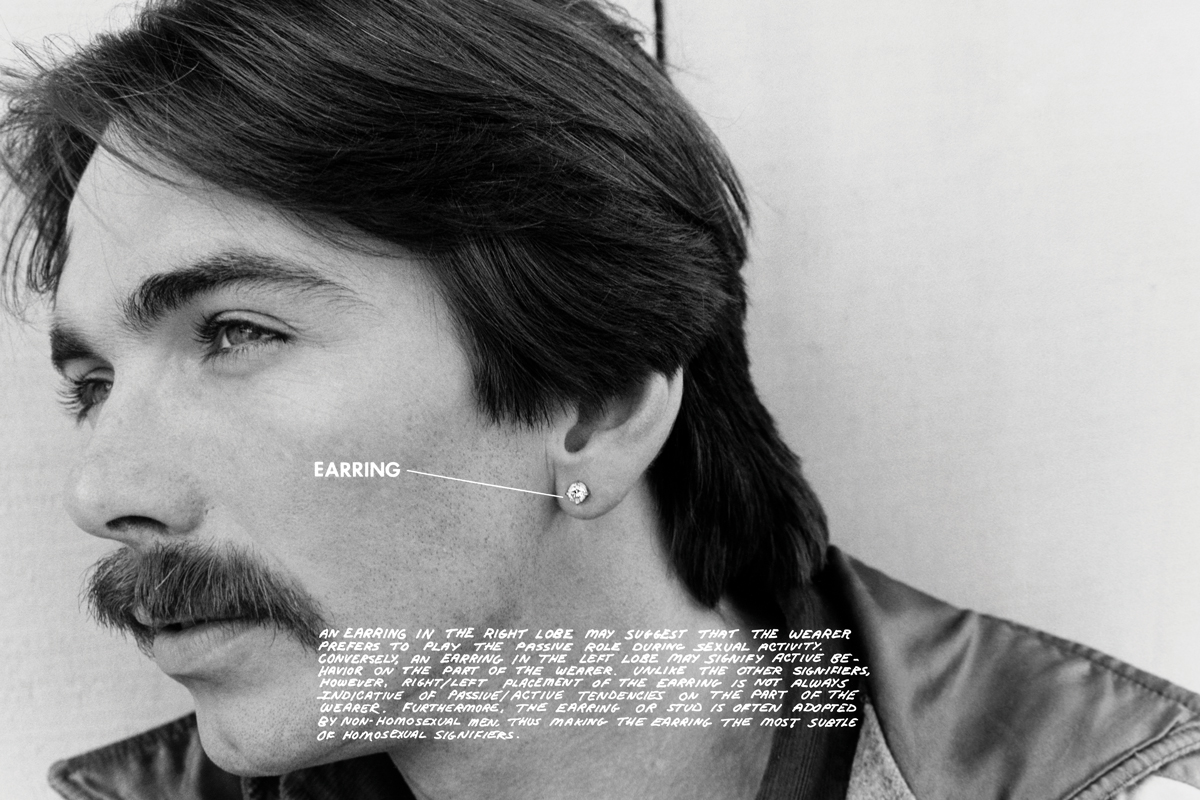 When Hal Fischer released Gay Semiotics in 1977, he immediately knew he had created something special. The simple image series of young gay men in San Francisco succinctly captured and decoded queer body language and sartorial cues, such as the “hanky code,” and simplified them for mass consumption. It remains a pivotal queer cultural text whose influence continues to be seen in fashion and beyond over 40 years later.

“A novelist friend recently mentioned to me that the ‘70s were, in fact, the ‘Age of Gay,” Fischer tells me over email. “I’ve pondered what he meant by this, and I think what he was saying is that in subsequent decades, gay aesthetics, lifestyle, etc. were appropriated by mainstream culture.”

Queer aesthetics—like most trends—have trickled in and out of public consciousness for decades. For their Spring/Summer 2019 shows, Vetements featured a number of gimp masks in its collection, while Berluti incorporated leather military caps and Gucci flaunted a number of studded leather jockstraps. These subversive style cues have emerged from the underground and become regular fashion staples, routinely reinterpreted and reappropriated for a broader audience.

Gay Semiotics continues to earn retrospective critical plaudits, but Fischer acknowledges the project’s limitations as it centers on a specific type of experience. “I think my work is about gayness from a white male perspective, and not about queerness,” he says. “What has occurred—and this is very positive—is that we’ve gone from gay to LGBTQ. As a label, ‘queerness’ encompasses so much more than the gay white male experience.”

While representation and intersectionality continue to dominate the larger cultural conversation, Fischer’s work remains a touchstone that will undoubtedly influence the next generation to challenge and educate. “I believe the transgressive frontier is predominately with transgender and queer artists, as well as with work that challenges traditional stereotypes, [such as] behavior, body type, and action.”

Below: Hal Fischer
Handkerchiefs, from the series Gay Semiotics, 1977
Courtesy of the artist and Project Native Informant, London 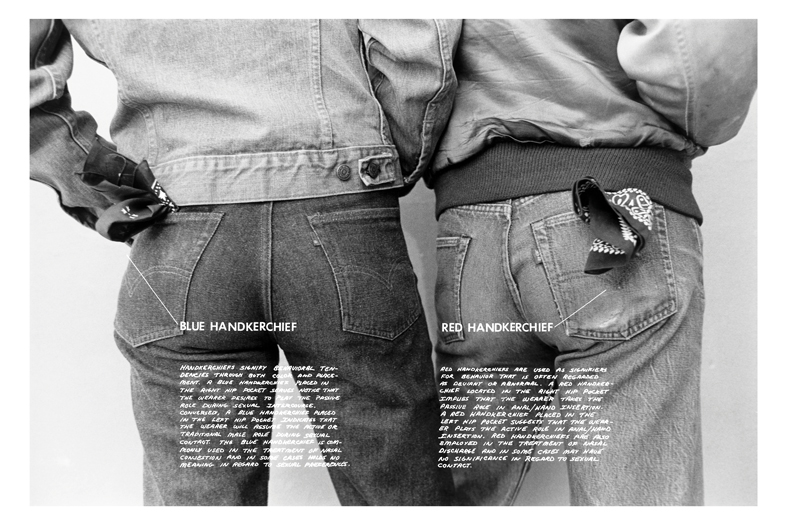