Erase any “Best of” round-ups from your recent memory.

Q-tip’s out. Get those ear drums pristine. 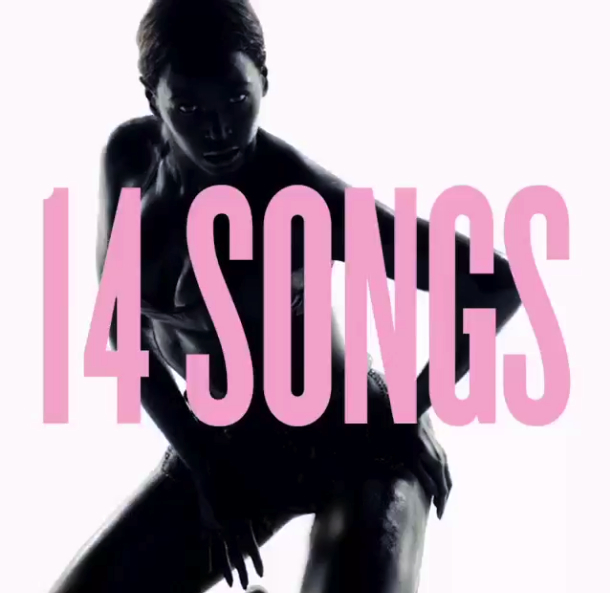 By now, we’re in the aftermath.

It’s been a little over ten hours and although the something-more-royal-than dust has settled, Queen B is still sitting atop her thrown in full freeze; the stare: icy. So, yes, Beyoncé went and pulled the stuntiest of stunt moves, dropping an entire “visual album” out of thin air after a year of will she/won’t she.

The not-at-all-highly-anticipated-out-of-lack-of-knowing-it-existed album is out today, exclusively on iTunes, and is comprised of 14 songs and 17 videos. Collabs with Jay-Z, Drake, Frank Ocean, and Blue Ivy are spread across the album with a slew of somebody producers including Justin Timberlake, Timbaland, Sia, Pharrell, Miguel, Ryan Tedder, The-Dream, Hit-Boy, etc (and we mean etcetera).

In a statement: “Now people only listen to a few seconds of  song on the iPods and they don’t really invest in the whole experience. It’s all about the single, and the hype. It’s so much that gets between the music and the art and the fans. I felt like, I don’t want anybody to get the message, when my record is coming out. I just want this to come out when it’s ready and from me to my fans.”

On track to decimate, 80,000 copies of the album were sold in the first 3 hours of sale ALONE.

It’s a good day to be alive!