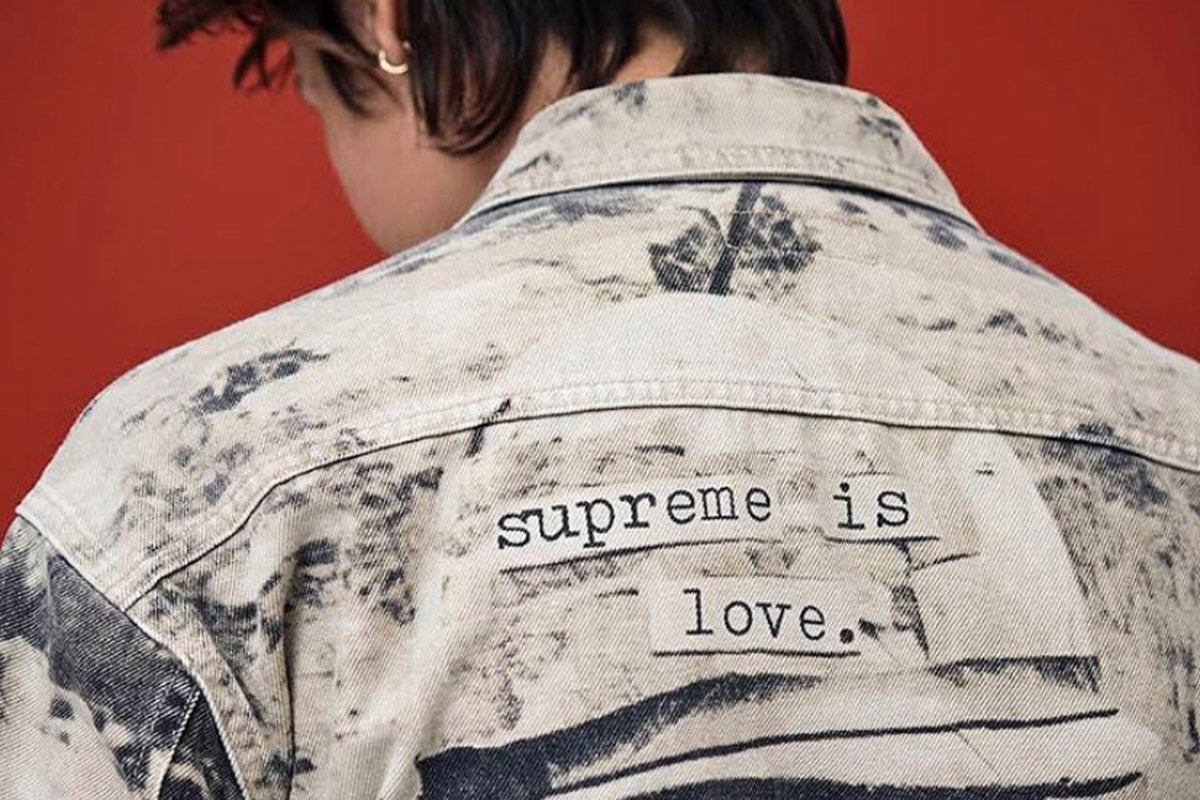 And they’re back: Earlier today, Supreme posted on Instagram tease its upcoming Fall/Winter 2019 collection. The picture (featured below) shows a light acid-washed jacket with The Smith’s Meat is Murder album cover on the back, which was inspired by the 1968 documentary In the Year of the Pig — an image of a soldier in the film introduced the now-common phrase “Make Love Not War” which has been adapted that into ‘Supreme is Love.’ No release date has been given yet.

Morrissey, the band’s controversial frontman and possibly indie’s greatest anti-hero, has previously worked with Supreme — in 2016, Supreme featured an image of the British artist on a t-shirt. He was not pleased, later claiming, “I considered the photograph to be fit only for a medical encyclopedia and I pleaded with Supreme not to use it.” Perhaps this new collection shows that all is forgiven? Regardless, we’re sure Morrissey is sure to have some words about it.