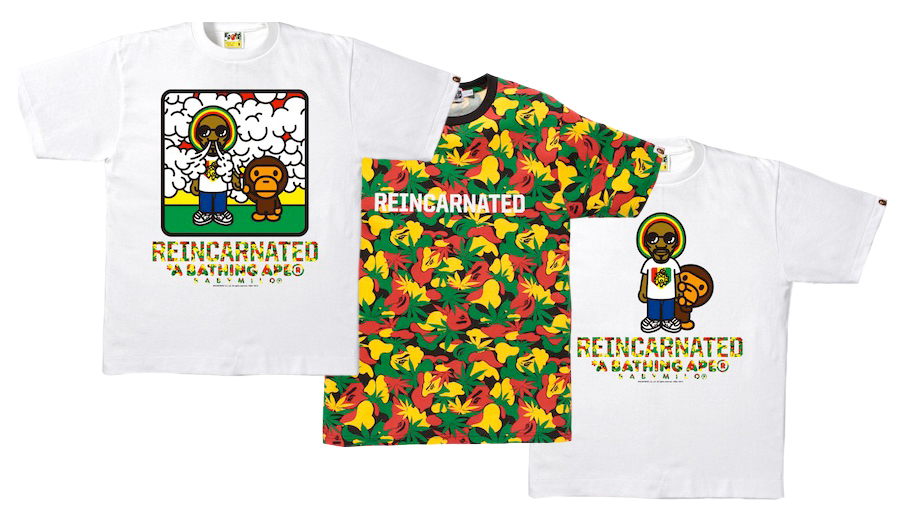 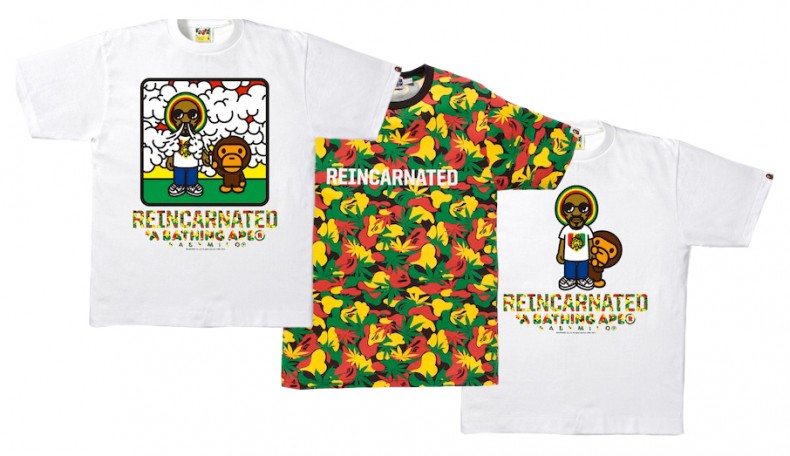 Snoop Dogg’s prodigious year of accomplishments (a new album, a documentary, a cameo in Scary Movie 5) shows no signs of weakening. Snoop’s rumored but never quite confirmed collaboration with Japanese clothier A Bathing Ape has materialized and is set to hit BAPE flagship stores in London, New York, Japan tomorrow (7/27). BAPE has been celebrating its twentieth anniversary with a slew of artists including Kanye West + Pharrell. So what’s taken so long? “It’s been overdue realistically, we’ve both been doing our thing, to finally come together in such a big project, in something that means so much to me; it’s special,” Snoop said. The limited collection consists of three t-shirts, all Rastafarian inspired, with a strong emphasis on Snoop’s signature penchant for puffing the green. Take a look at the promo video below: