Reese Cooper represents the next generation of designers. A new era of DIY is upon us — instead of having to formally learn the tools of the trade from a prestigious art school, young and sartorially interested people can now access valuable tools and resources on the internet to spearhead their own fashion education at their own, often fairly rapid, pace.

Cooper, the man behind the eponymous label, has done just that. At only 21, he has built a brand out of passion and sheer drive and elevated it into the industry consciousness and high-end institutions like Saks Fifth Avenue. Born in Florida, he spent his childhood in Atlanta before moving to London in his early teens. There, he cut his teeth and began his informal and hands-on fashion education with a local seamstress.

“London was where I learned the basics—I didn’t even know what a pattern was. But I would work with this local seamstress who basically taught me everything,” he says. She took the reins on sewing but encouraged him to try things out for himself. Soon enough, he was producing his own pieces and laying the foundation for his brand. “Basically figuring out how to make anything that wasn’t just a printed T-shirt.” 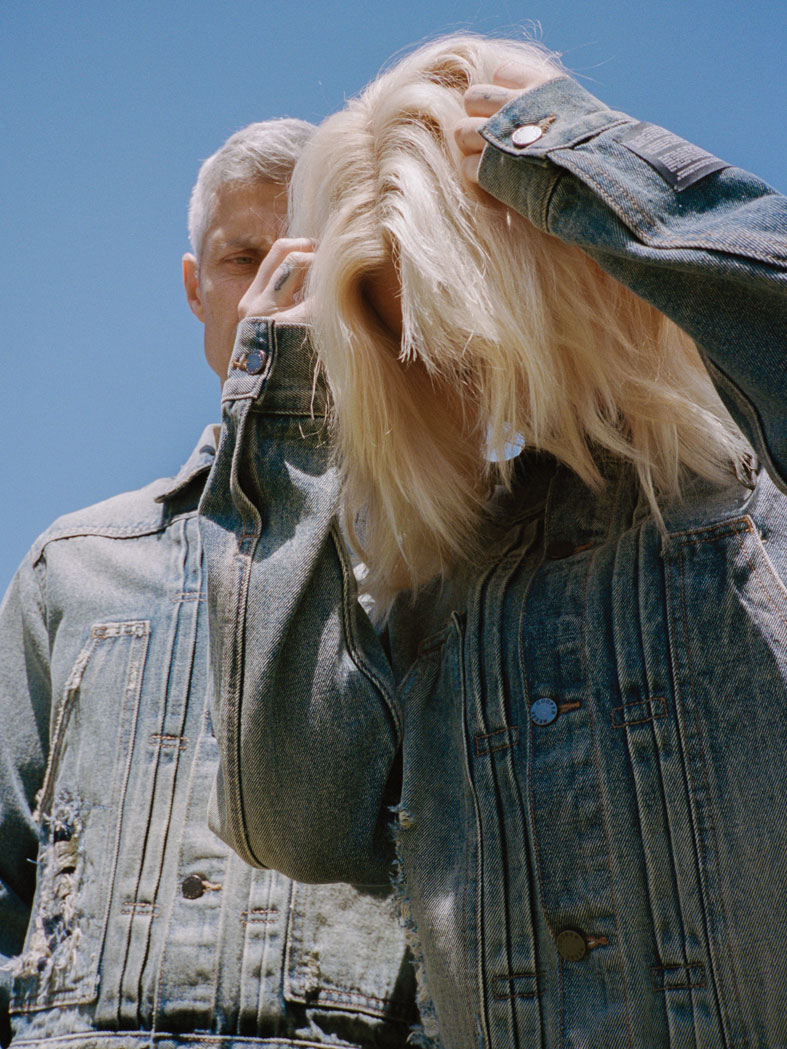 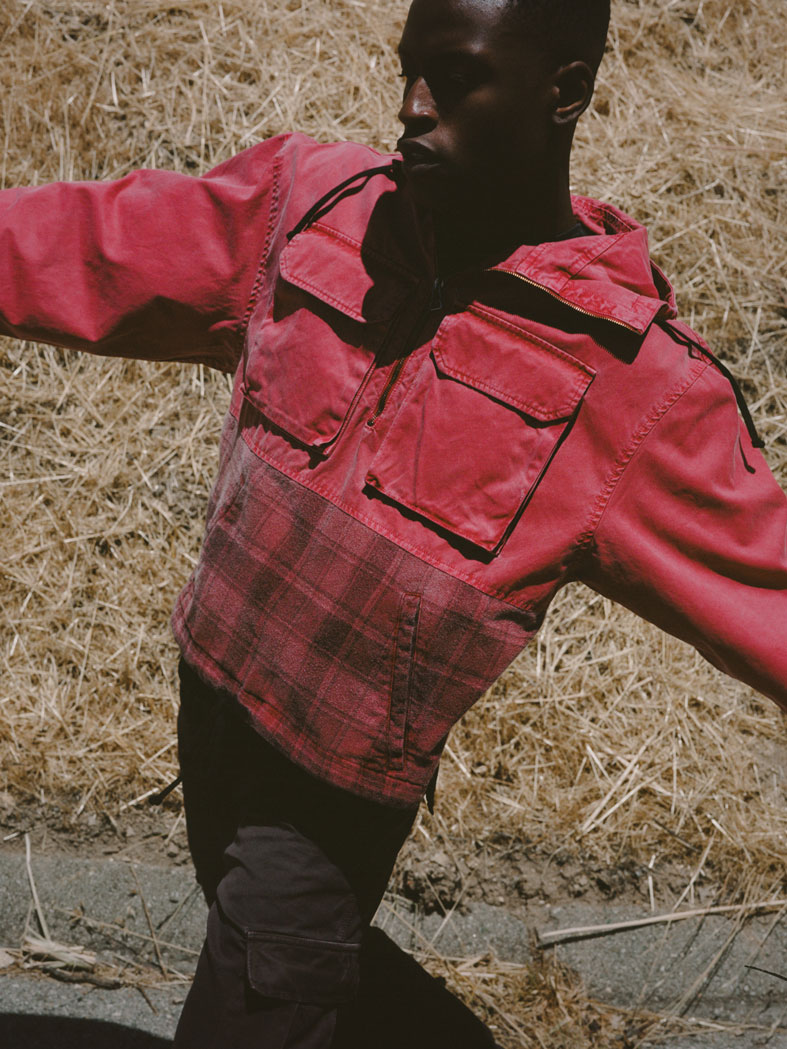 In 2016, he launched his ready-to-wear menswear label and relocated to Los Angeles—his first time visiting the city. Yet despite his preference to existing outside the “weird bubble of LA brands” (think palm trees on leather jackets and Goop), there’s an overt American identity to this work.

Following a handful of capsule releases, Reese Cooper made its official debut during Paris Fashion Week in January 2018. Dubbed “Lone Pine,” the inaugural collection was a reinterpretation of classic outdoor staples, including denim, flannels, and sturdy knit sweaters, anchored by a quintessential token of American boyhood: a varsity jacket.

“That piece represents the first steps of everything for me,” he says. “I never went to any sort of school for this, so that was a way to essentially wear the flag of the self-taught stuff.” 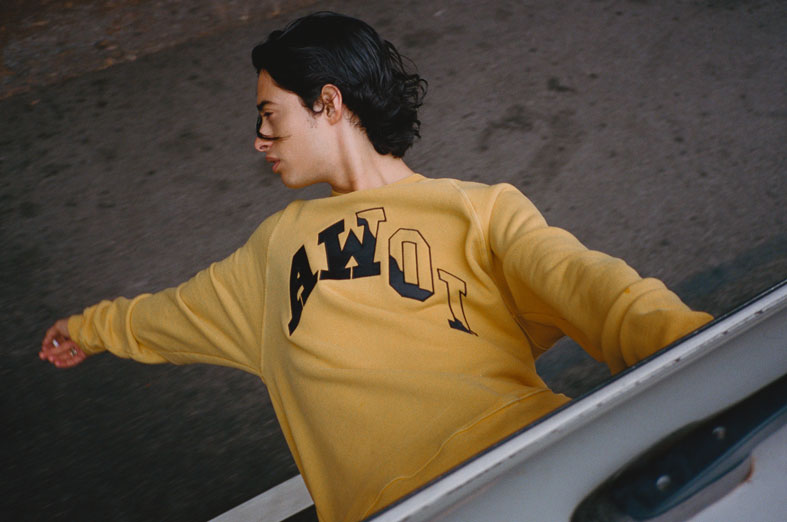 His work is a synthesis of every influence that inspired him to make clothing in the first place. There are elements of streetwear—his earliest fashion experience was working at the Bape store in London—and functional workwear pieces are a recurring theme, a result of his nomadic lifestyle. “I liked to make stuff that I could basically keep everything that I need on me at all times,” he says.

Reese Cooper operates slightly outside the traditional fashion cycle—rather than collections that align with specific market seasons, the brand focuses on concepts that weave together a larger narrative. “It’s picking a scenario and styling the scene of the story,” he says. “It’s like following one thing to the next, so everything evolves as this journey progresses.” 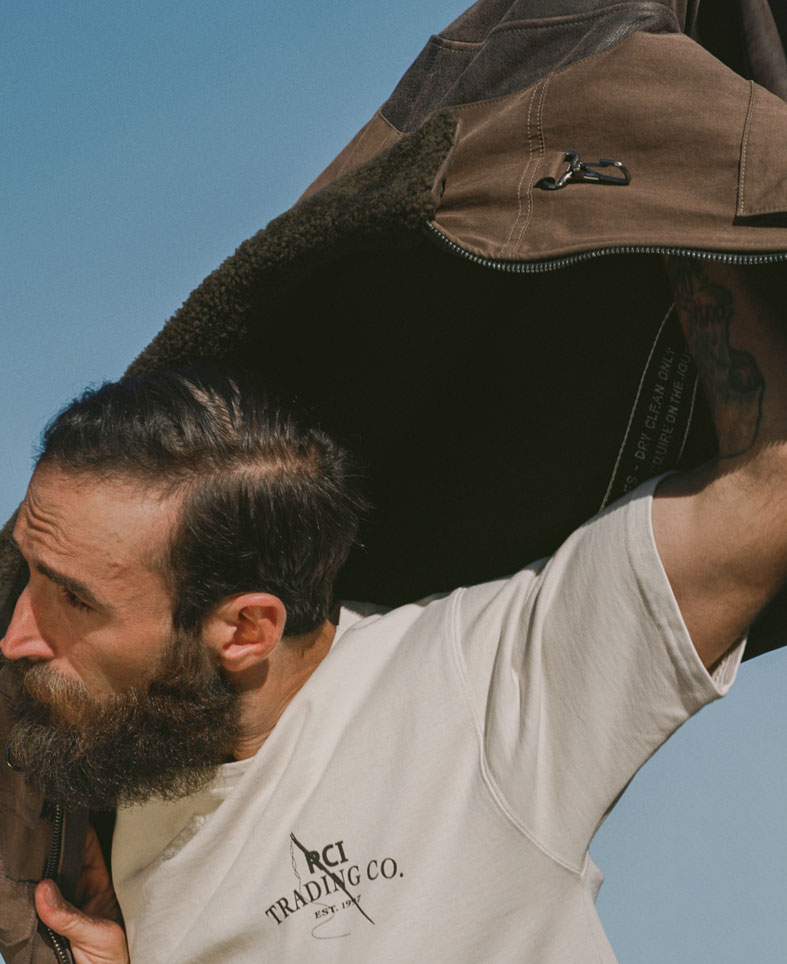 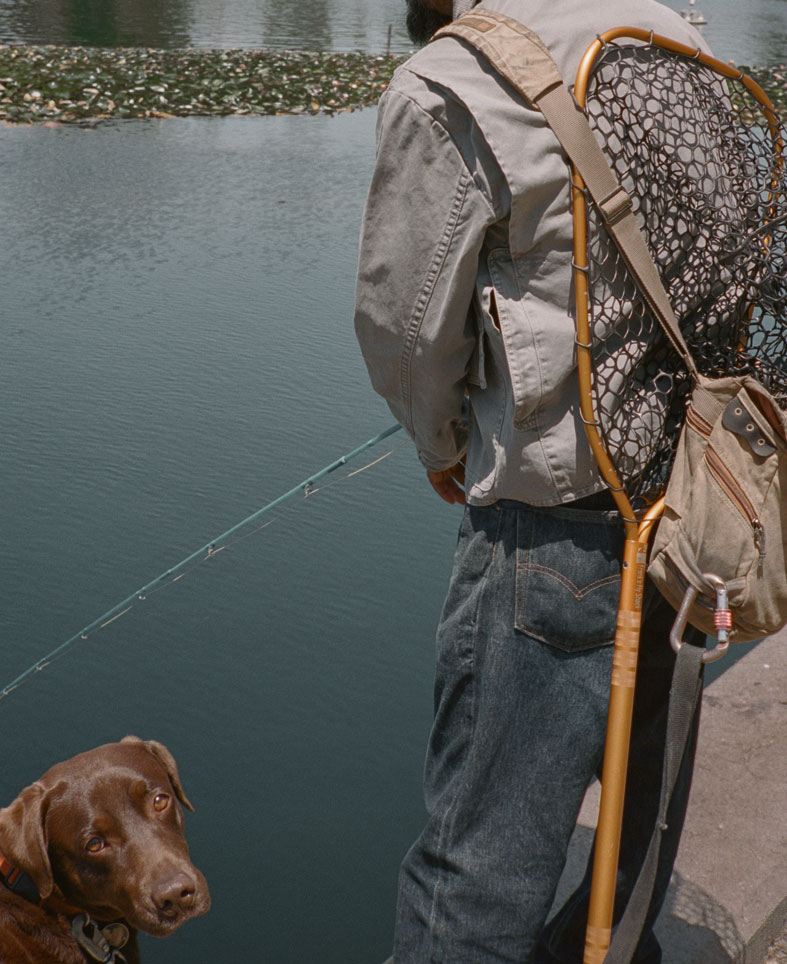 Earlier this year, the brand progressed with its first venture into womenswear, which Cooper describes as “more adventurous.” Each passing collection sets the tone for the next, and as he continues to take more risks, he gives brand followers the opportunity to watch the label grow with him.

This type of narrative thinking allows him to imagine collections far in the future. “I think I know usually four seasons ahead what is happening,” he shares. “Not how everything will look, but the direction I want to take, which is a really nice way to think about it.”

Despite this prescient mentality, he is constantly learning and observing what his peers are up to. “I feel like it’s my job to pay attention, so I definitely know what everyone is doing all the time,” he says. He might be thinking seasons ahead, but he manages to remain present.

“I love moving fast, but it’s also hard when everyone else is moving at the same pace,” he says. It’s true—the industry is moving faster than before. But with his eyes on the prize, Reese Cooper shows no signs of slowing down any time soon. “Let’s do the next one. Let’s keep it pushing.”

This story originally appeared in the Winter 2019 issue. Order the magazine now. 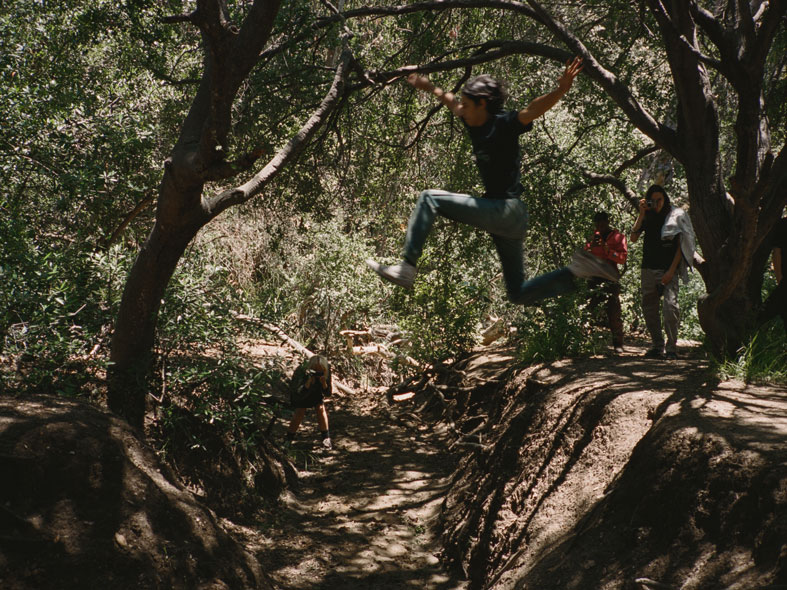