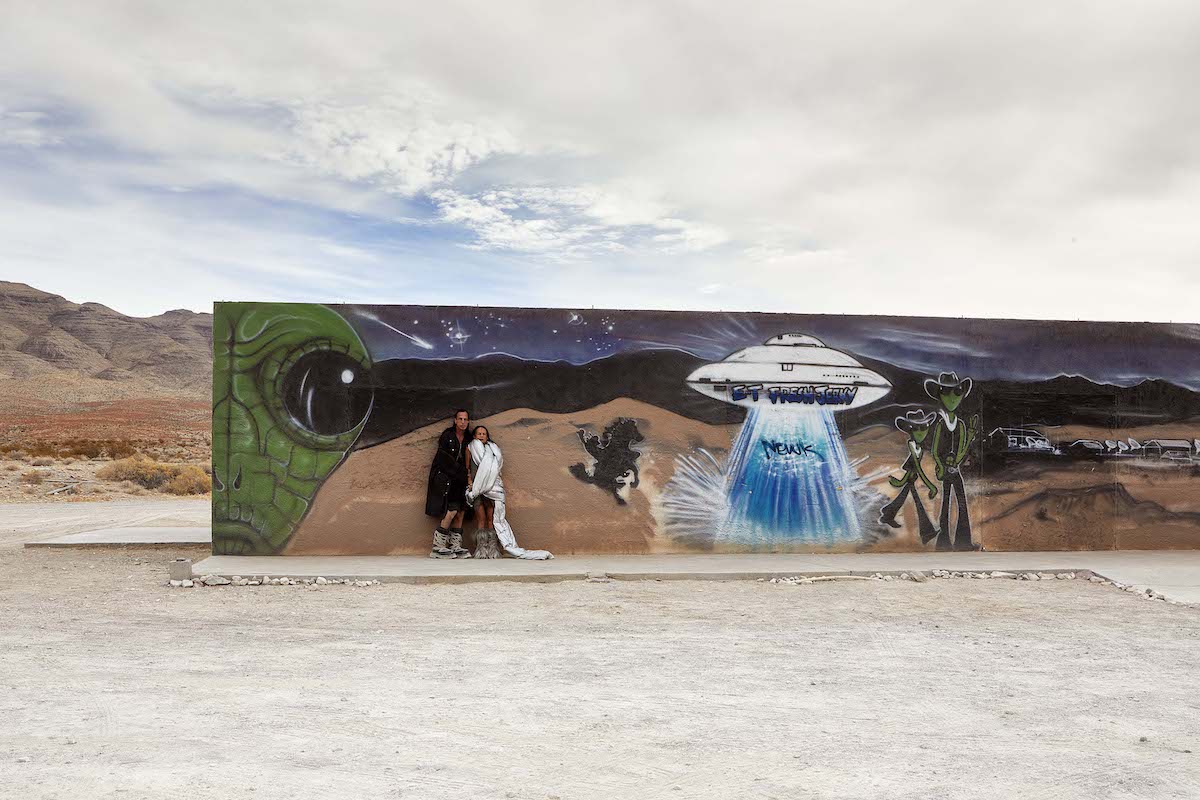 When Rick Owens decided to pay tribute to the West Coast by going on a road trip, he called on Moncler for a collaboration. But it was no ordinary collaboration — instead, Rick Owens asked for the Italian designer to customize a tour bus for him. After not visiting the West Coast (where he was born) for 18 years after moving to Europe, Owens’ first stop was Michael Heizer’s Ranch in Nevada where a monumental art piece 48-years in the making is located. As inspiration for the trip, Owens looked to artist Joseph Beuys traveling from Germany in the ’70s. Beuys would land at John F. Kennedy Airport in New York and be wrapped in felt and transported by an ambulance to his gallery where he would live with a wild coyote in an installation for three days. Then he’d do the same trip on his way back to Germany. While no coyotes were harmed in the Moncler x Rick Owens’ collaboration, the same sort of estranged and futuristic theme follows through in the accompanying capsule collection.

The custom bus will be exhibited in Milan on February 19 during Milan Fashion Week.