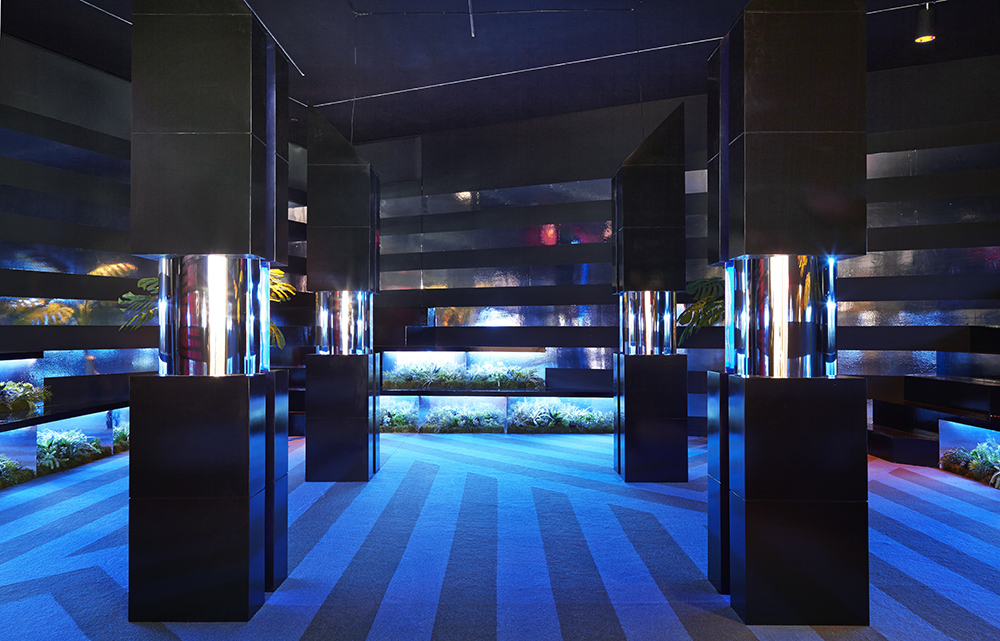 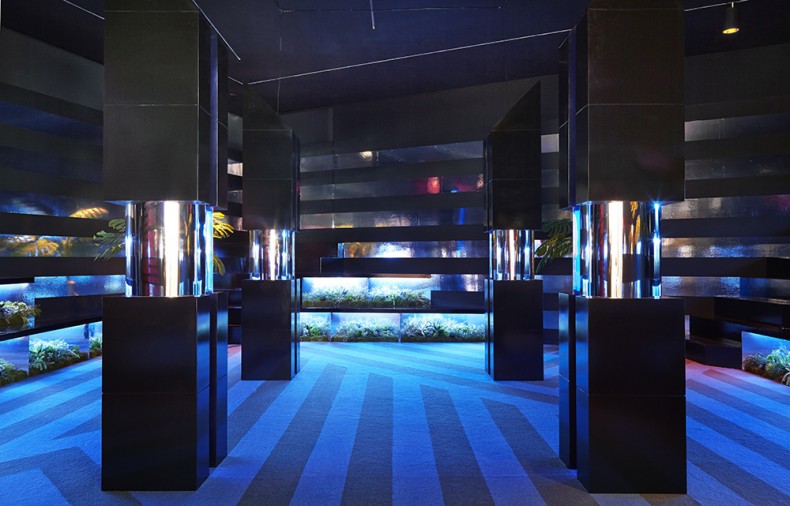 This summer, The Museum of Arts and Design (MAD) hosts an exhibition dedicated to New York City’s leading craftsmen entitled NYC Makers: The MAD Biennial. With a focus on the preservation of contemporary handmade art of all mediums, the museum displays permanent collections of jewelry, sculpture, and other objects. The new showing—the first under newly appointed Director Glenn Adamson—features work from over 100 artists, artisans, and designers—spanning from Yoko Ono to Hood by Air—from all over the five boroughs of NYC, with pieces ranging from large-scale installations to small sculptures and clothing design. 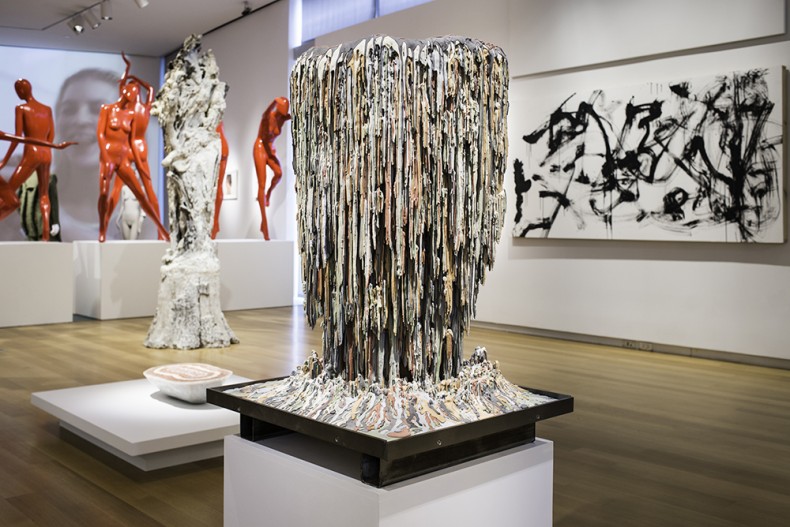 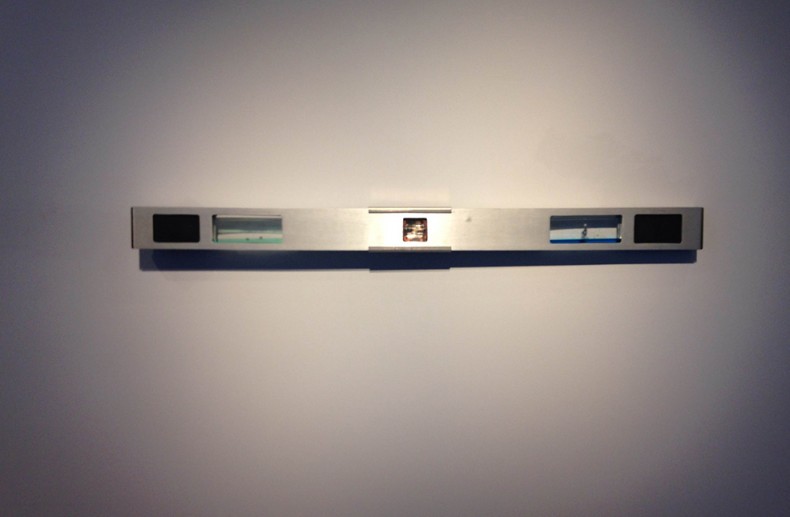 Inside the show, inconspicuously placed on the 5th floor east gallery, Tilt (1994) by renowned experimental performance artist and musician Laurie Anderson is an immediate stand out. Constructed out of a carpenter’s level and multiple sensors, the piece produces a duet of two voices depending on how it is tilted. When inclined to the left, the artwork emits a woman’s voice; a man’s when tilted to the right; and a harmony from both when completely leveled. The piece successfully integrates sculptural and musical components, embodying two of the mediums prominently presented in the exhibition.

One floor below, in the northwest gallery, is placed the work of hat designer H E I D I L E E, whose elaborate designs have garnered media attention and public following. Her constructions are often influenced by current media trends, particularly Instagram culture and its effect on fashion. “I gravitate towards things that appeal to me and weave in stories and histories into the narrative of today,” said Lee on her approach to design. The artist’s piece in the Biennial, entitled Parasol Skeleton Hat (2012), re-imagines silhouettes of classic female headwear as elaborate headdresses in a mix of materials including wood, straw, and cotton. 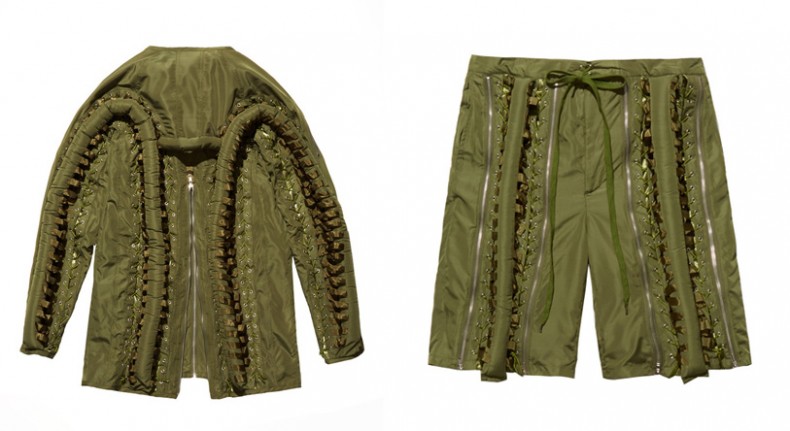 Diagonally across from H E I D I L E E’s tall headwear stands an outfit from trending fashion brand Hood by Air‘s (HBA) Spring/Summer 2014 collection. Entitled Parachute Jacket and Flight Short, the monochrome army-green ensemble exemplifies the line’s dystopian, futuristic aesthetic and street sensibilities, with textured metallic detailing and multiple drawstrings. Designer Shayne Oliver said of the piece, “the details are laid out in ways similar to HBA graphics to create a bold, distinctive statement that is very true to [the] brand.” While the lack of graphics may surprise some familiar with Hood by Air’s most popular apparel, the shared DNA between this piece and the brand’s more ubiquitous t-shirts is evident in the use of repeated patterns. Regarding the show in general, Oliver said, “I was really into the exhibit showcasing artists and makers all based in NYC and from all different mediums, sculpture, fashion, lighting, etc. It felt great to be included, to feel the support of the museum and all of the other artists involved and to have our work featured in such an amazing museum.” 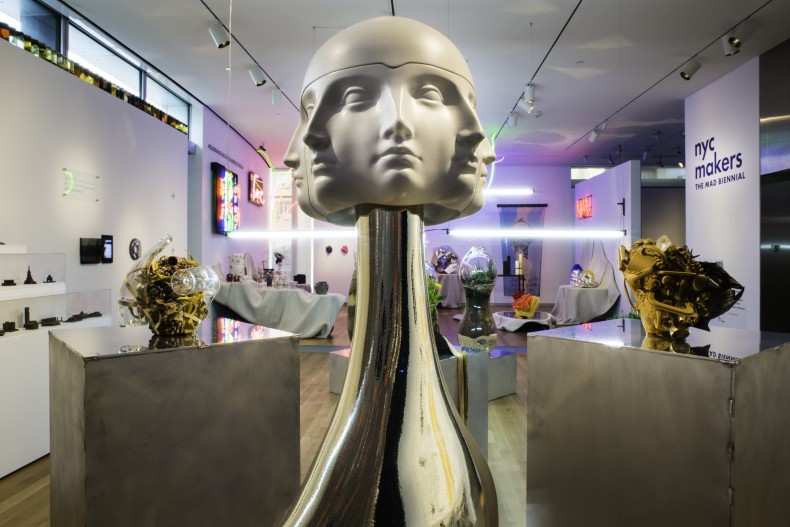 Overall, the success of The MAD Biennial comes from its variety, both in mediums and of personal artists backgrounds. The range of pieces displayed is impressive and truly encapsulates the goal of “presenting a diversity of cultural producers on a level playing field.” Even with such an assortment of artists and a presentation spanning two floors, the show feels like a cohesive portrait. NYC Makers: The MAD Biennial is on display until October 12th and is the first in a series of exhibitions examining the process of making in urban communities. 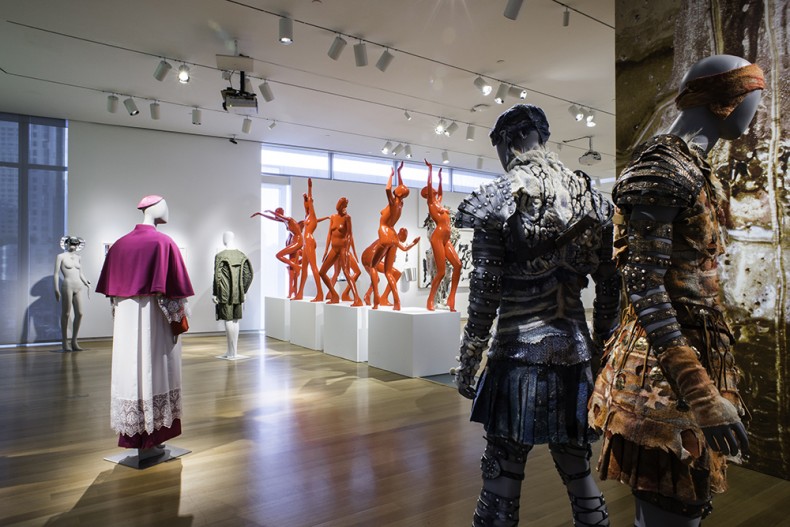 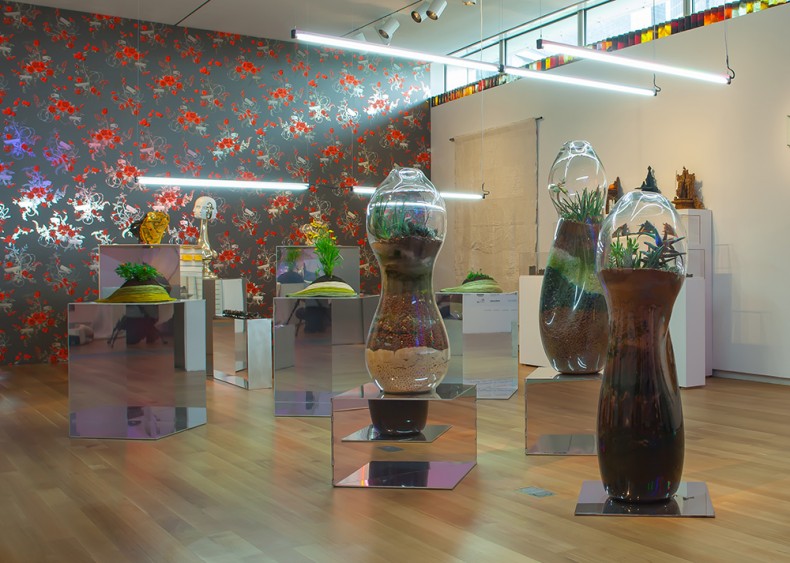 Photos courtesy of the Museum of Arts and Design, H E I D I L E E, and Hood by Air. 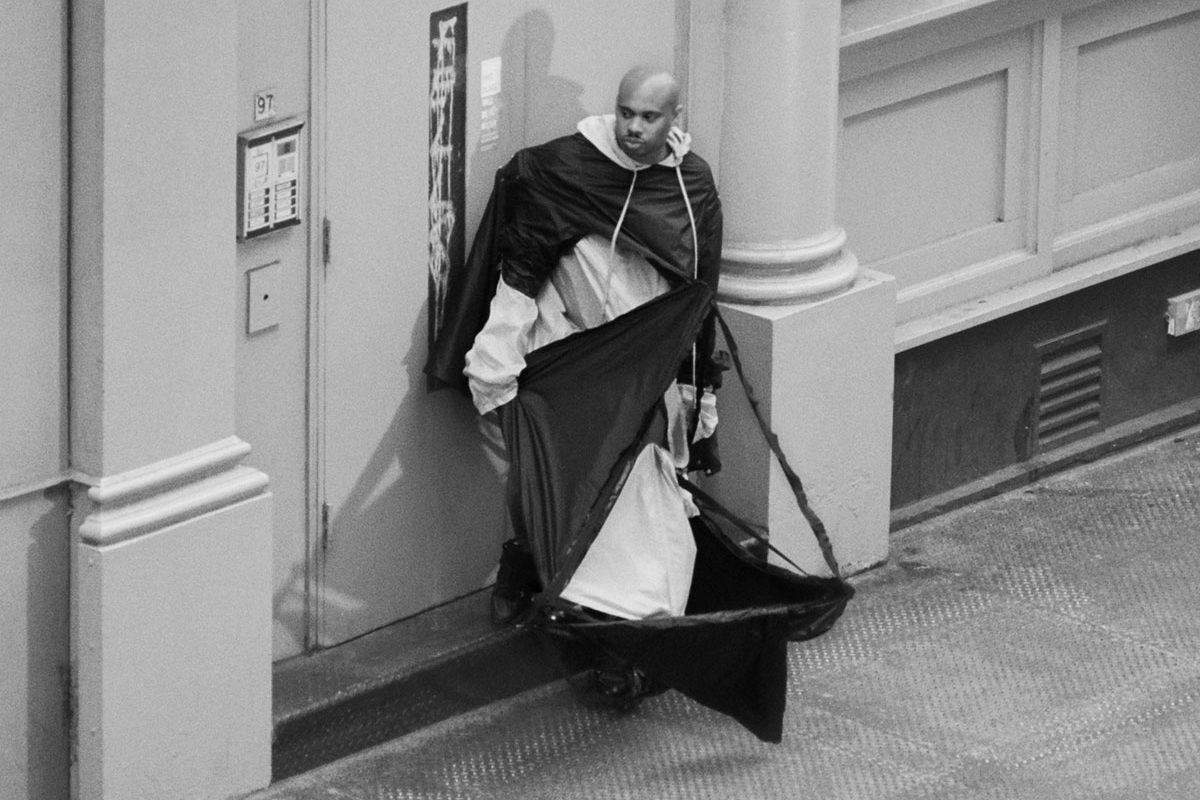 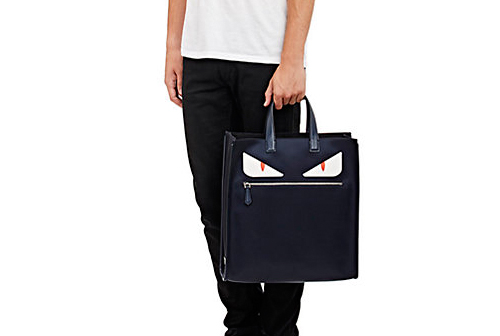 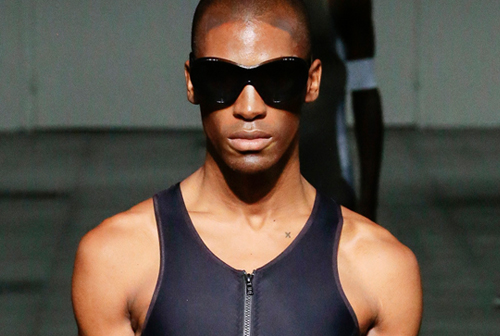