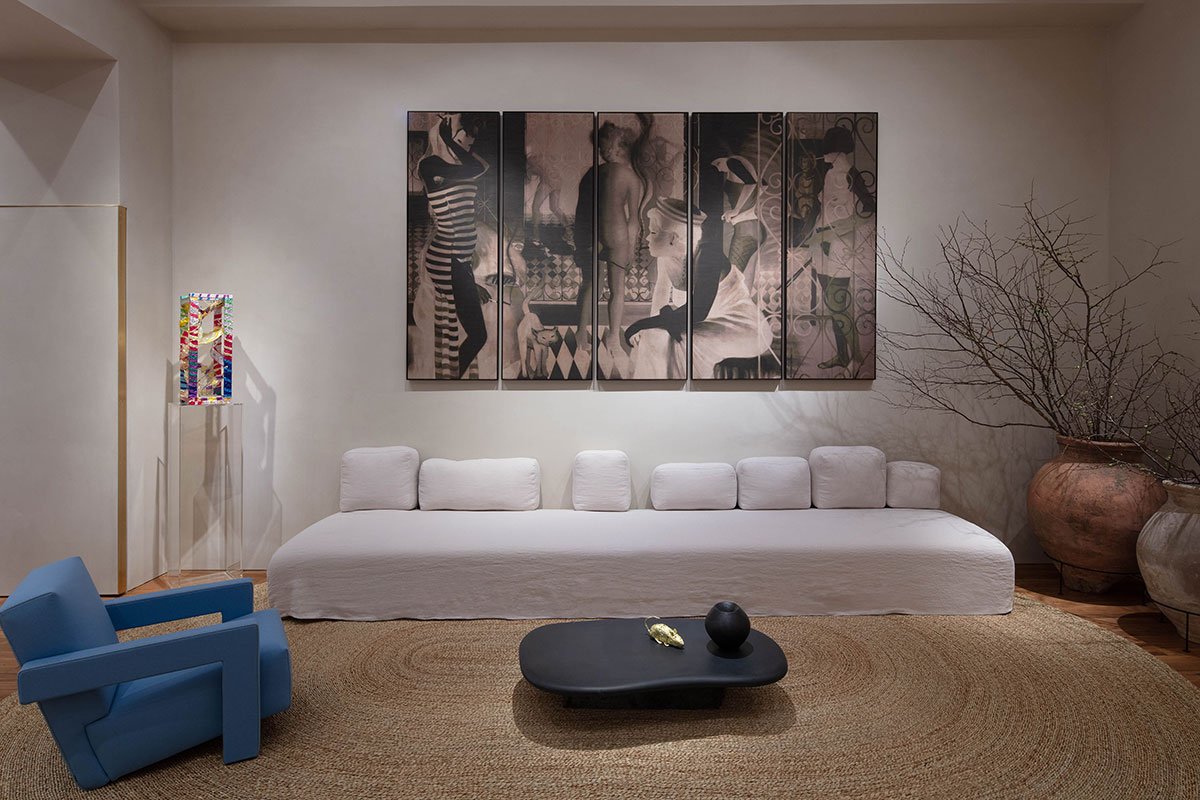 Loewe has just opened its first NYC store in SoHo. Staying true to the contemporary bohemian ethos of the brand, the new shop features appropriate art, design, and impeccable craftsmanship. While much of the building’s original structure was preserved (as is common in the neighborhood), the Spanish designer’s rendition of the space is irreproachable. With three hanging tapestries from the brand’s Spring/Summer 2018 women’s collection, a suspended wooden sculpture, and a rotating roster of paintings, the new flagship is as much an art destination as a shopping location. A cozy seating area offers a repose from all the displays while in of itself an installation from Loewe Foundation Craft Prize finalists — further ceramic pieces and baskets placed throughout were also designed by foundation winners.

The standalone store carries the entire range of women’s and men’s ready-to-wear and accessories. The New York Postal bag is also launching at the Greene Street store ahead of an international launch in two weeks. And just like that, Loewe now has a home inspired by central Spain, Portugal, the south of France, and the way light and shadow play within an interior in New York City.