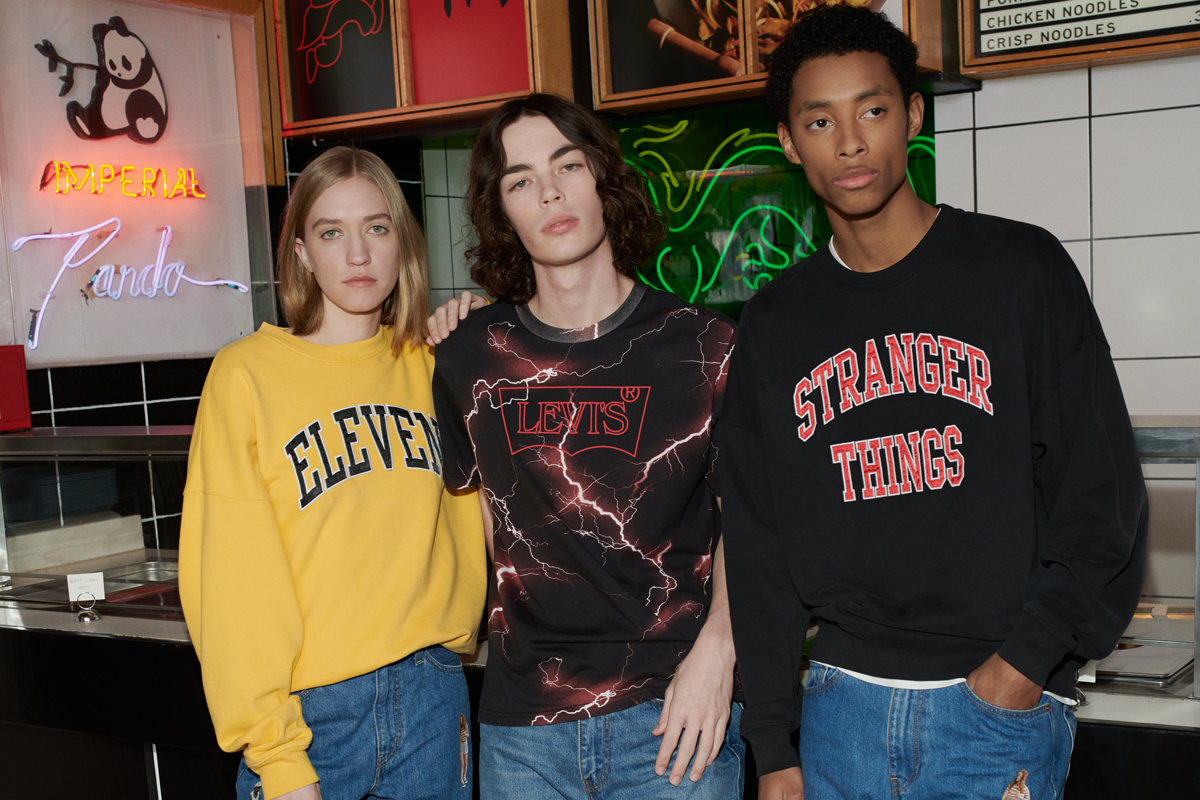 Ahead of the third season of the hit Netflix show, Levi’s has released a limited-edition capsule collection inspired by Stranger Things. The beloved retro-horror show was an immediate critical success and has blossomed into a full-on cultural sensation since its 2016 debut around the time when Pokemon Go! was a thing.

Since the show is set in the ’80s, Levi’s pulled from its vast archives to create vintage-like pieces based on characters from the show. Key pieces include an Aztec print shirt worn for Dustin (played by Gaten Matarazzo) and pleated jeans for Eleven (played by Millie Bobby Brown) that will be featured in the next season. Additionally, there are college-style sweatshirts, graphic t-shirts, and hoodies all decked out in Stranger Things-isms. Perfect merch to lounge in while you binge the next season after it premieres this Thursday, July 4.