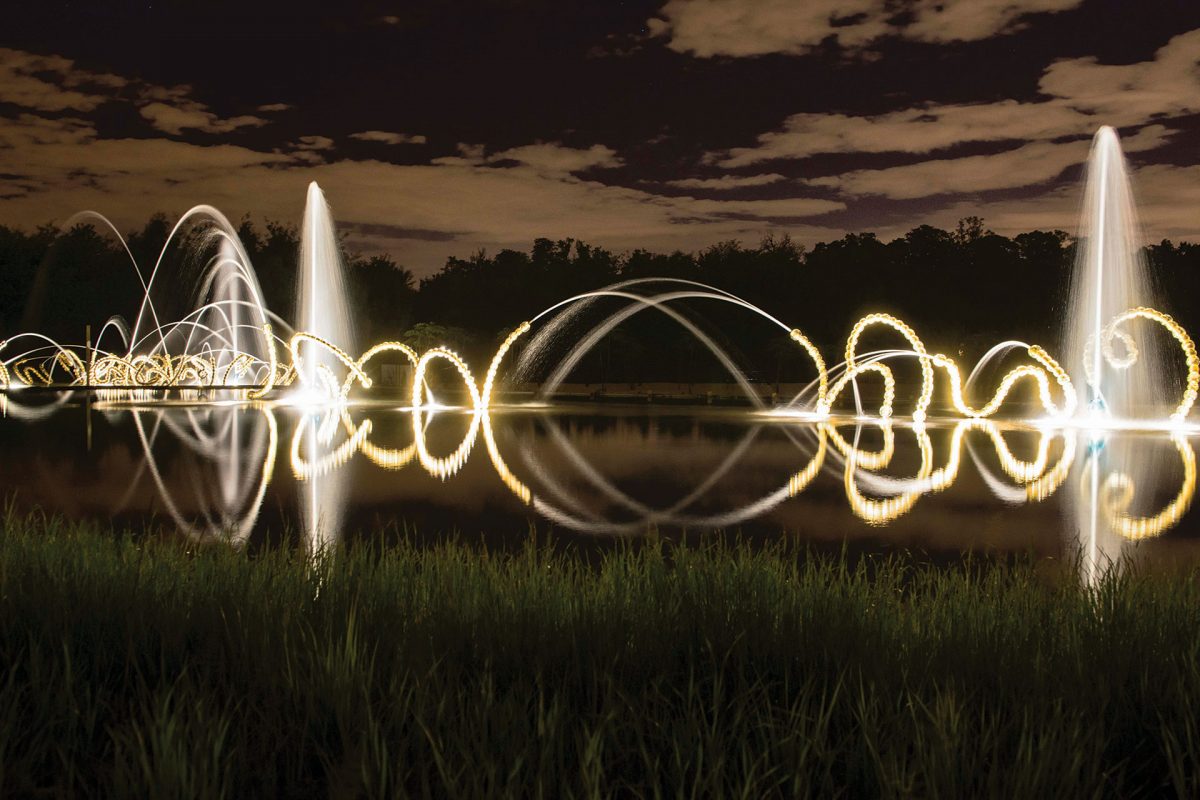 The sensory experience of consuming art is unique on its own, with the power to unite natural instincts with the imagination. Jean-Michel Othoniel, a revered French glass artist, has crossed oceans exhibiting in galleries around the world and even made it into the permanent collection of the Louvre. Yet beyond the residencies and commissions for designers like Chanel, his greatest fascination is delving into public space to evoke a sensory reaction from the viewers themselves.

“It is really my position as an artist to try to enchant the world,” Othoniel says. 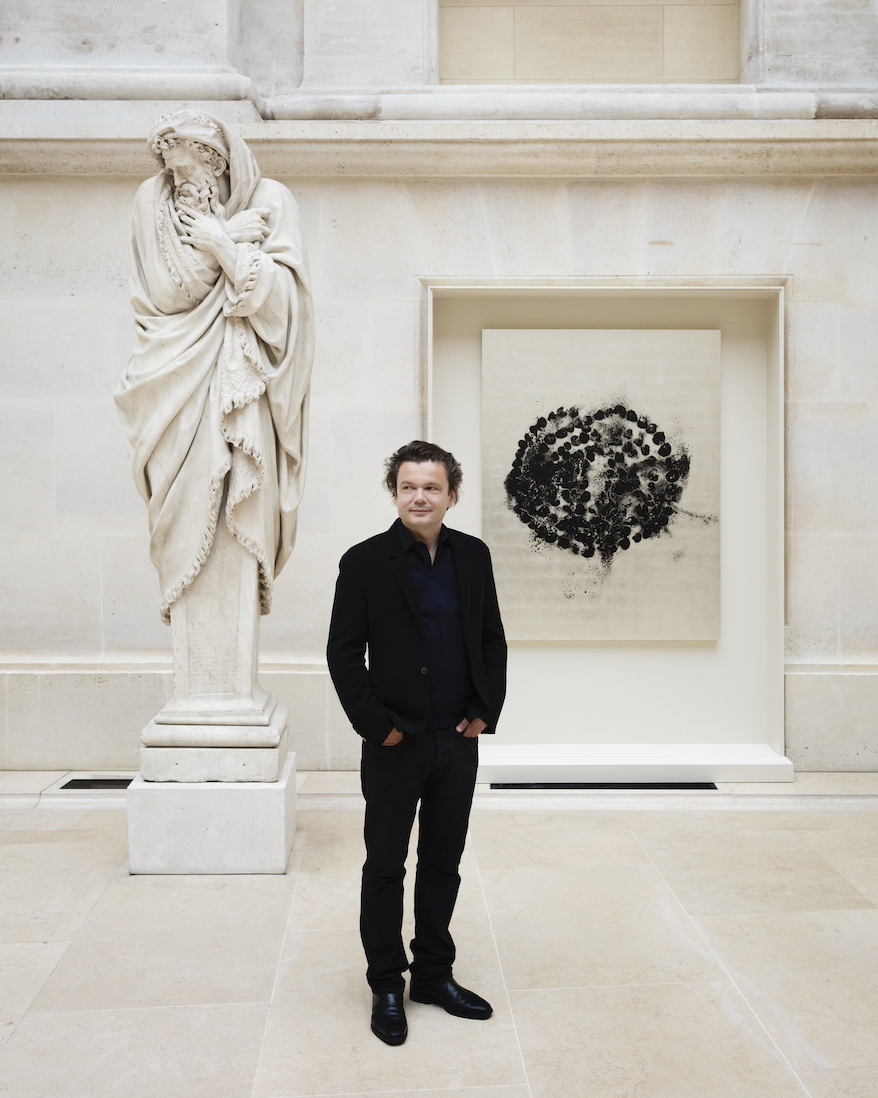 His career started quickly after graduating from the École Nationale Supérieure d’Arts de Paris-Cergy. At the 1992 documenta, a contemporary art exhibition in Kassel, Germany, that occurs every five years, his glass-blown sculptures were an immediate hit. Othoniel’s glass bead modules became his signature, and have since been exhibited as Les Belles Danses at the Versailles gardens in 2015 and Le Kiosque des Noctambules, as a permanent installation at the Métro Palais Royal station, to name a few. Outside of Paris, Othoniel has exhibited at the Museum of Modern Art in New York, Villa Médicis inRome, and Hara Museum of Contemporary Art in Tokyo. But it was about a decade ago that he returned to Paris, which seemed changed and even more attractive than during his early years.

Overseeing a team of glassblowers, engineers, and technicians, Othoniel is like an architect or an industrial designer. Fewer artists choose to experiment with glass as it is particularly needy in terms of technical elements. While glass is not his only medium, the complexity of the material gives his work a particular meaning. “All those modules are very fragile, but it’s just an appearance, in fact, because it’s very strong glass,” he says. “I love that when you look at it it’s more feminine, subtle, and the idea of fragility is very important.” An artist who takesthe political and social into consideration, he transforms serious subjects into poetic material.

He recalls the Bateau de Larmes (Boat of Tears) installation he did for Art Basel in 2004 where he used a refugee boat filled with glass beads to symbolize tears—both of sadness and happiness. The reality was true in Europe a decade later with the migrant crisis. “I really have this strong feeling that artists are people who can see the future,” he says. “We have visions.” 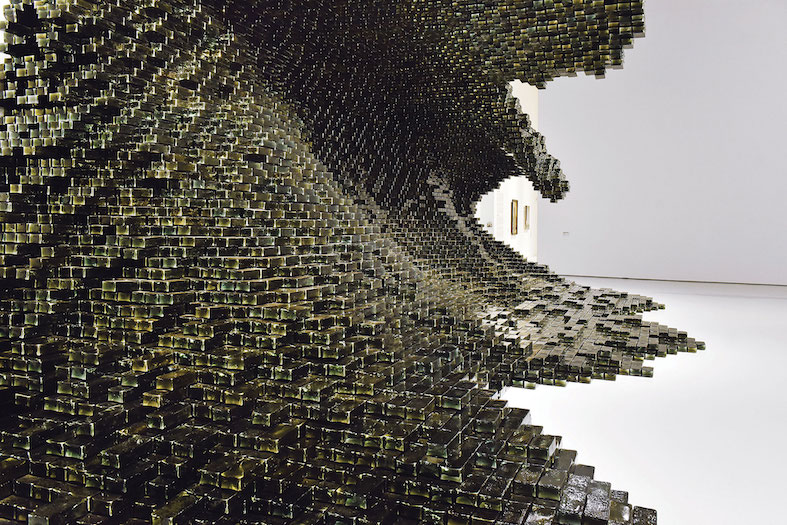 Othoniel has also done work in metal and ceramic sculptures as well as calligraphy. His recent exhibit in Qatar in front of the Jean Nouvel-designed museum is a trompe l’oeil (a type of optical illusion), as it looks like black glass but is really metal painted in black. For the flower piece in the Louvre, Othoniel took to an entirely different medium: painting. The abstract flower shapes are similar to calligraphy and display the movement and energy in a way that glass can’t. In fact, it’s the sensuality that Othoniel says he searches for in the material he works with. He wants the texture to evoke an urge in the viewer to touch and feel the piece instead of just being an onlooker.

Othoniel is now focused on architectural art pieces that one can literally walk inside. This true public art comes alive because it stands in free space, giving the onlooker the chance to participate and engage with it from any vantage point. Othoniel explains, “I love this feeling that art is strong enough to protect you and I want to experiment with this in the city to give the people true art freedom.” The reality of public art is a risky matter since entering this space allows for communication with everyone instead of solely experts and connoisseurs. But he loves the uncertainty that comes with making art and being a part of the global community. 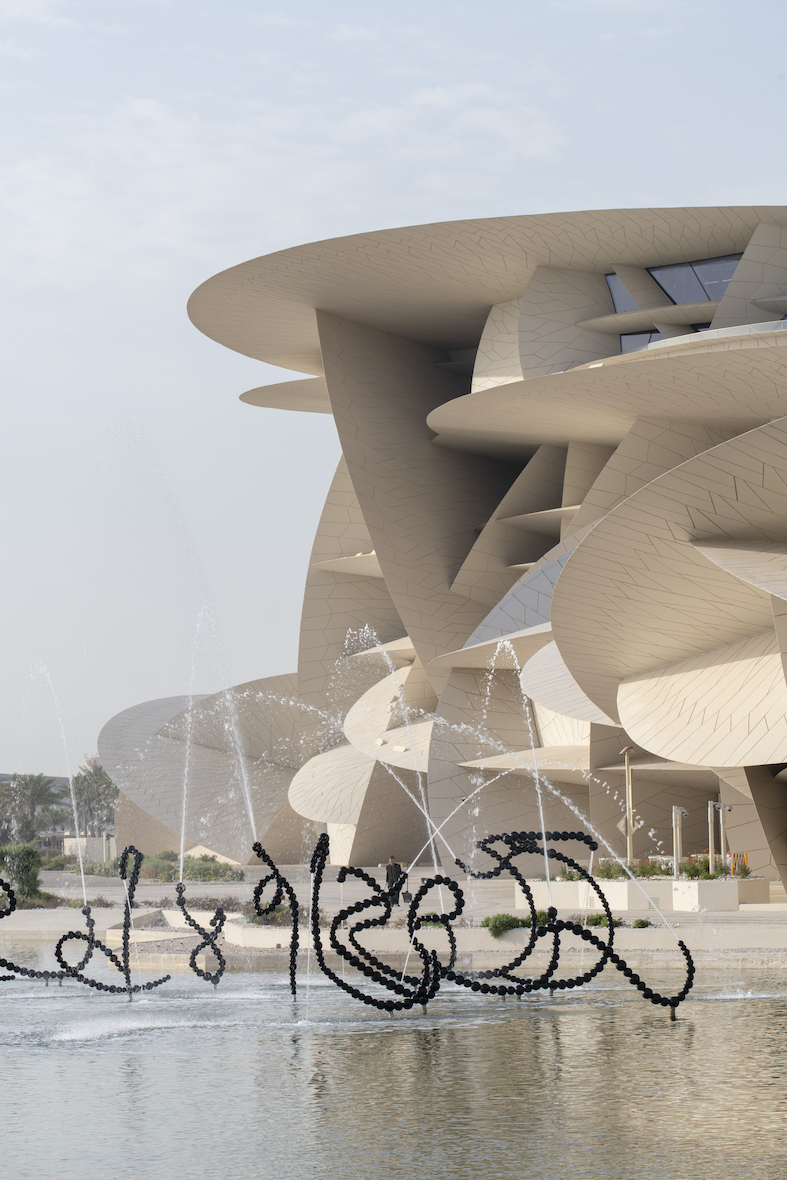 Alfa, 2019, permanent exhibit at the National Museum of Qatar. | Courtesy of Martin Argyroglo by ©Othoniel STUDIO.

The artist likes to question permanence and ephemerality, and also the heaviness and lightness of topics. And while his art is meant to exist indefinitely, he does wonder about its légèreté, or levity.

“Feeling something ephemeral is bringing lightness,” Othoniel says. “It is so strong and emotional for me.” Adding poetry to the subject takes out the element of craziness and intensity. This way he can enter the personal space of the viewer, the mind, and the senses to experience his art on a totally separate wavelength. “The world didn’t change,” he says. “Everything is still there, but you need to make an effort to try to disconnect and to look at the world around you because it’s still the same magic and the same poetry.” • 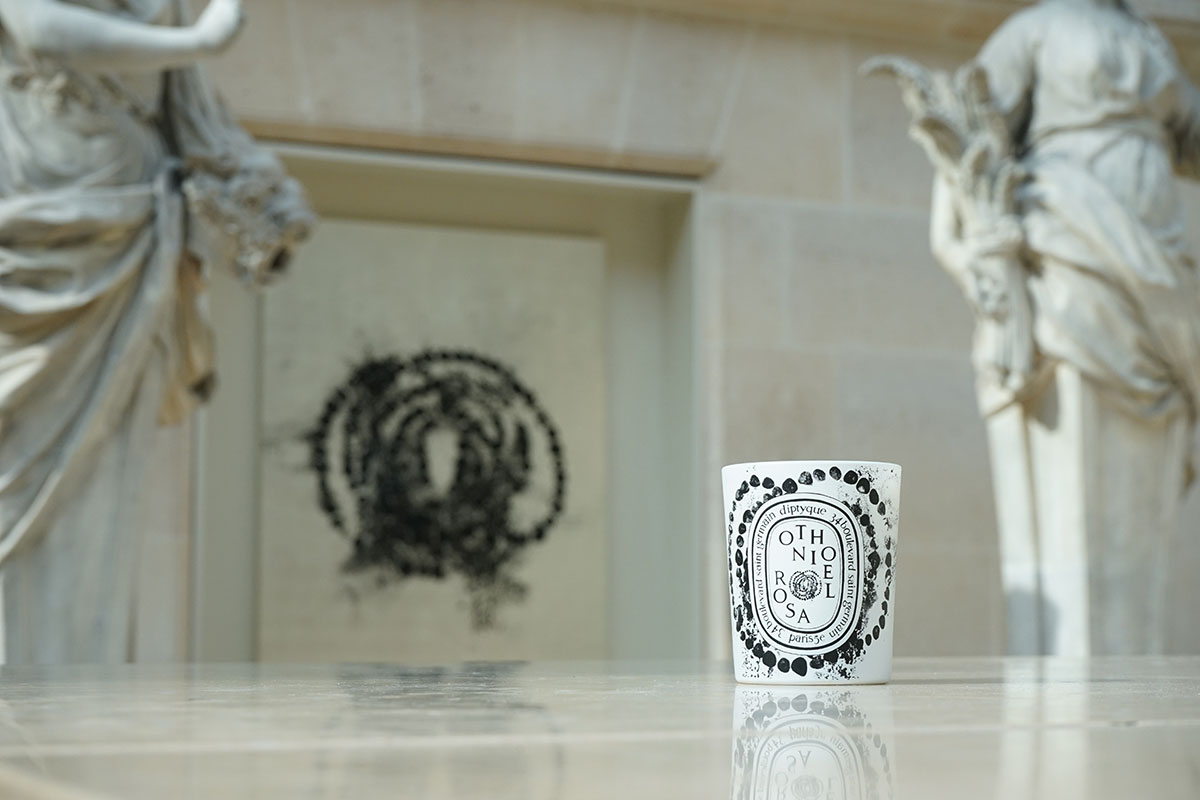