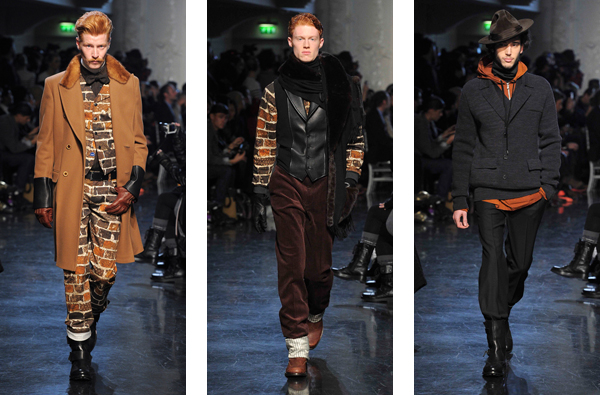 Whoever thought the common brick could become so chic? We’re not surprised in the least that just such a feat has been accomplished by the inimitable Jean Paul Gaultier whose runway was inhabited by shirts, pants, sweaters and jackets that take this basic building block and run wild. The collection, which also features shearling, sleeveless shirts, and skirts also plays on the idea of construction with multitudinous layering to the effect making high style look, dare we say, cozy!