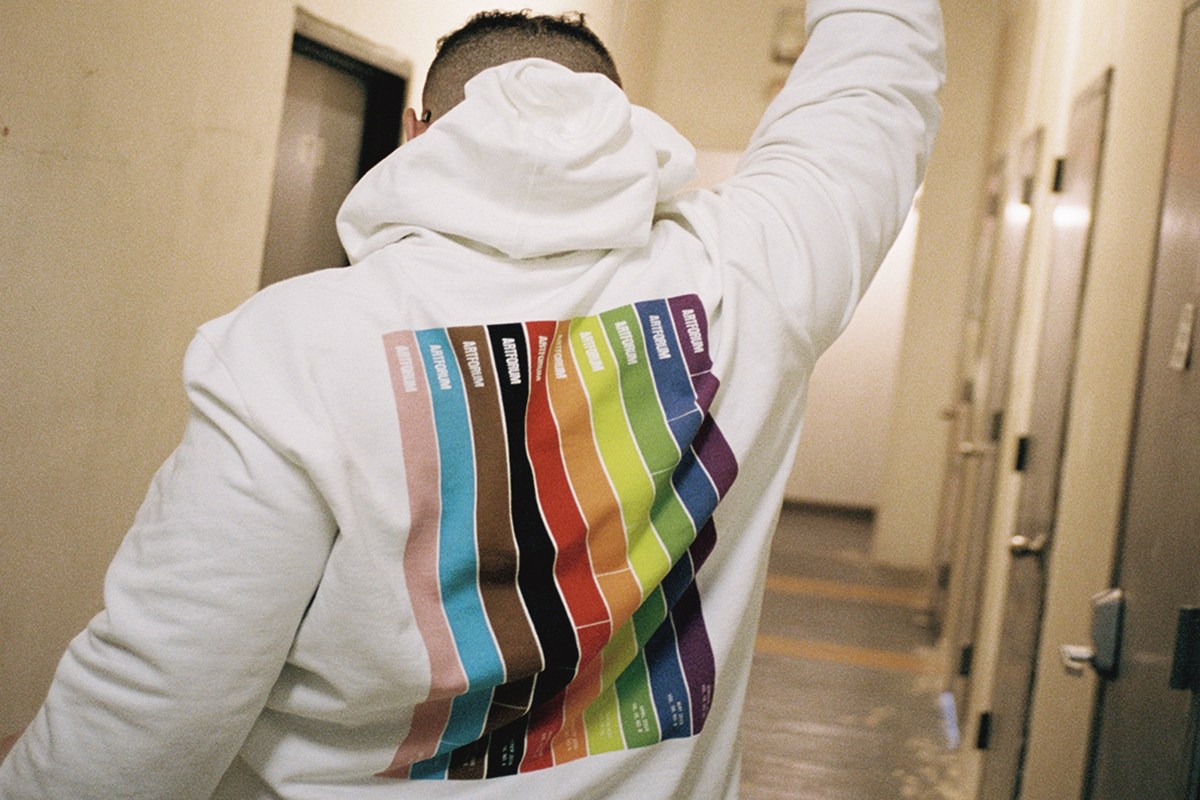 Helmut Lang and Artforum combined forces to create a capsule collection for Pride month. This is the first time the pair have worked together on a collection, but they have a special relationship as the designer was the first fashion label to advertise with Artforum magazine back in the ’90s.

The collection includes a t-shirt and hoodie that features the spines of Artforum’s issues from 2018-19 that form a rainbow flag print (inspired by Daniel Quasar’s 2018 version which includes black and brown stripes) on the back of the garment. The front of the pieces features a new combined logo as well as the dates commemorating this year’s pride season, which marks the 50-year anniversary since the Stonewall Riots launched the gay rights movement. An accompanying campaign, shot by model and Troye Sivan’s boyfriend Jacob Bixenman, stars queer cultural innovators including actor and playwright Jeremy O’Harris, non-binary model Noah Carlos, artist Desi Santiago, and writer Devin Diaz. Priced from $175- $275, proceeds from the garments are set to go towards NYC’s LGBT Community Center.

The Helmut Lang x Artforum pride collection is available online now. Check out some pieces below. 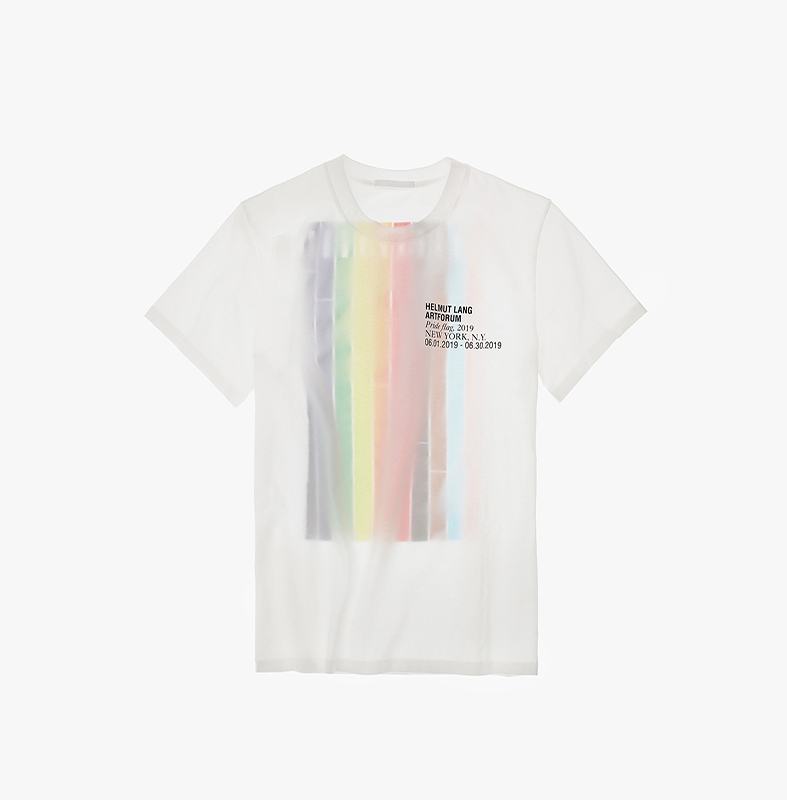 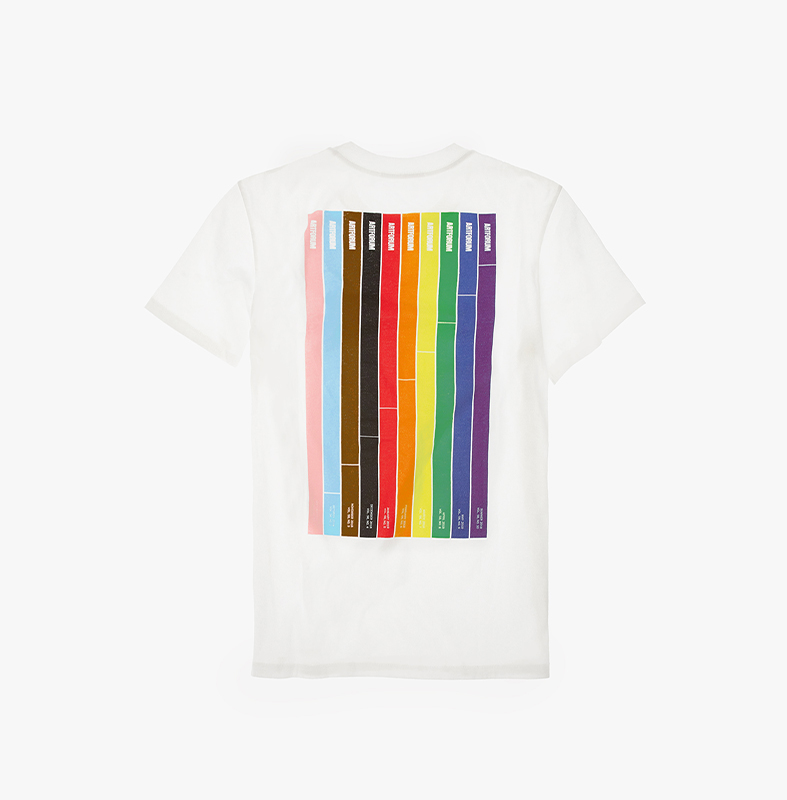 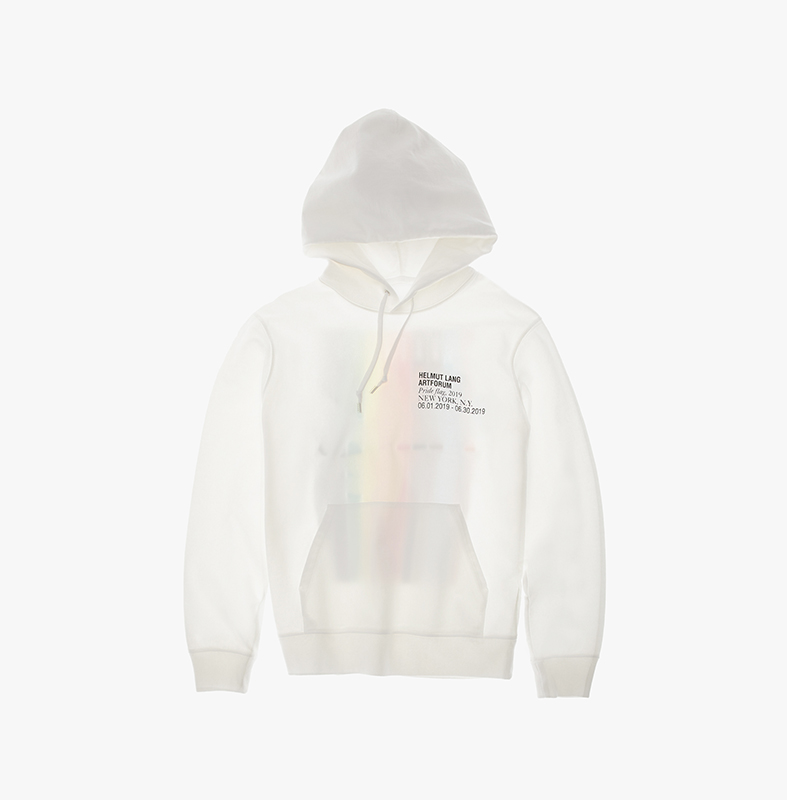 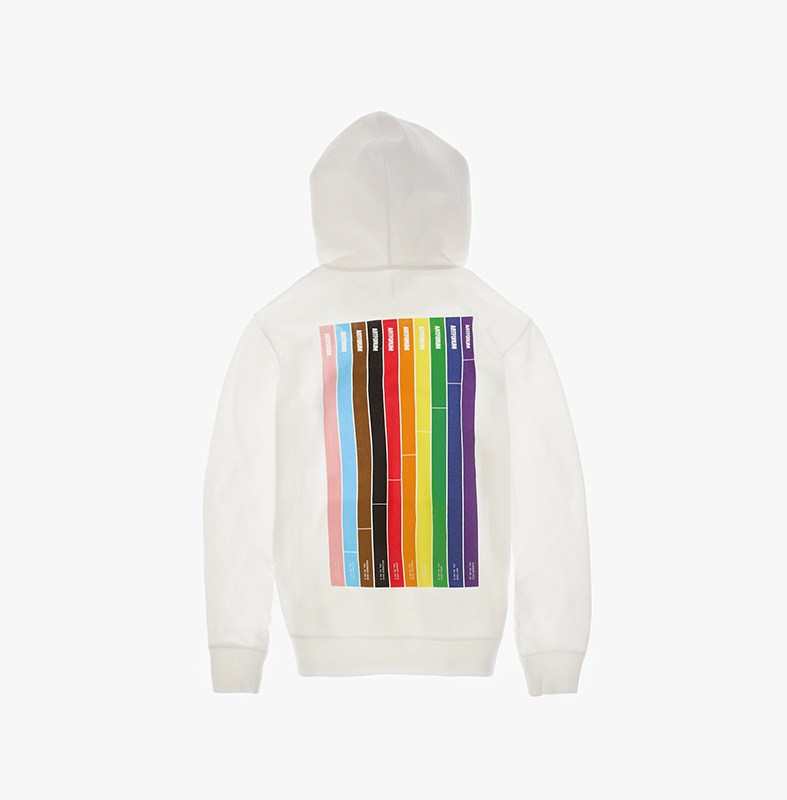 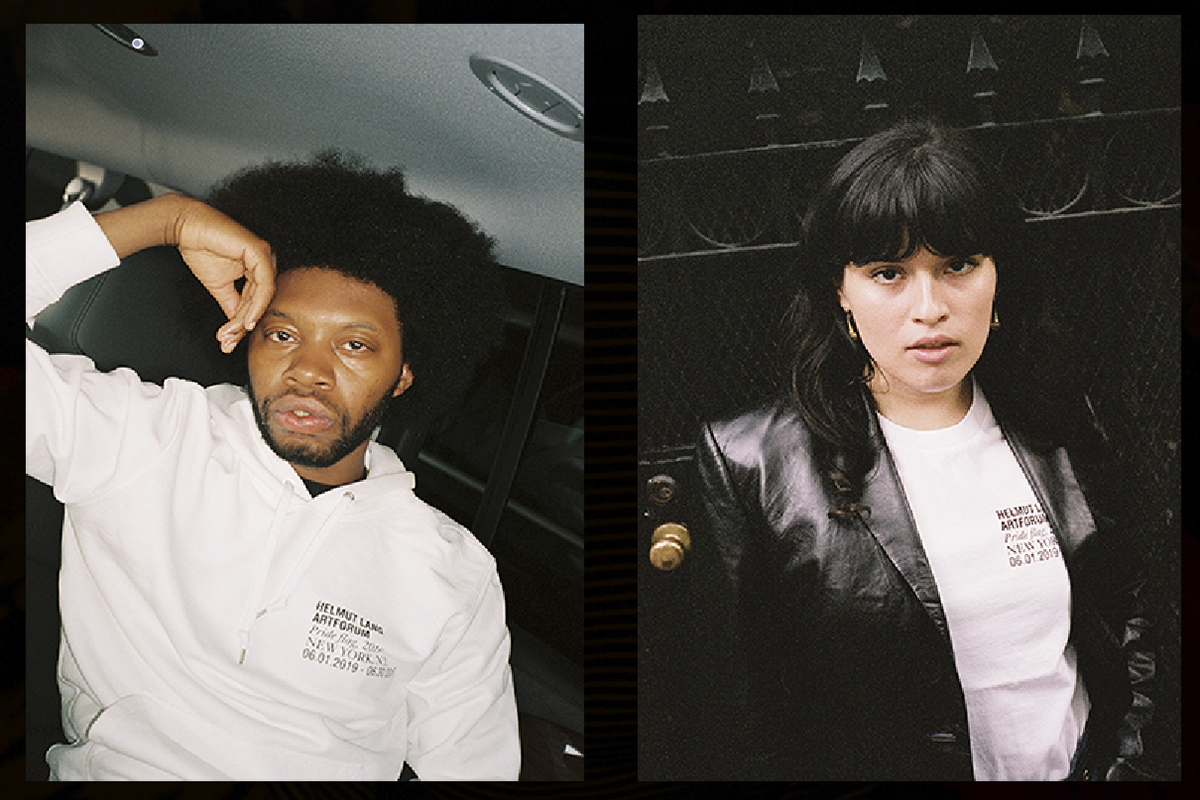 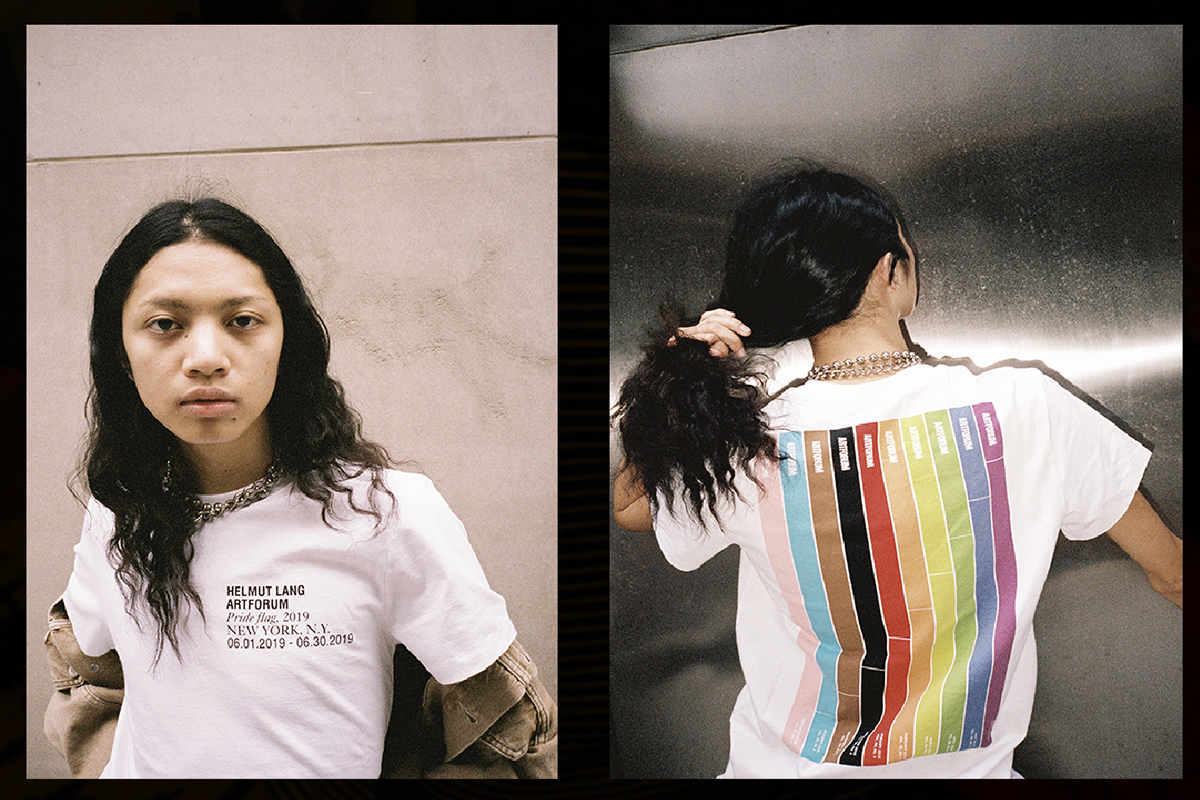