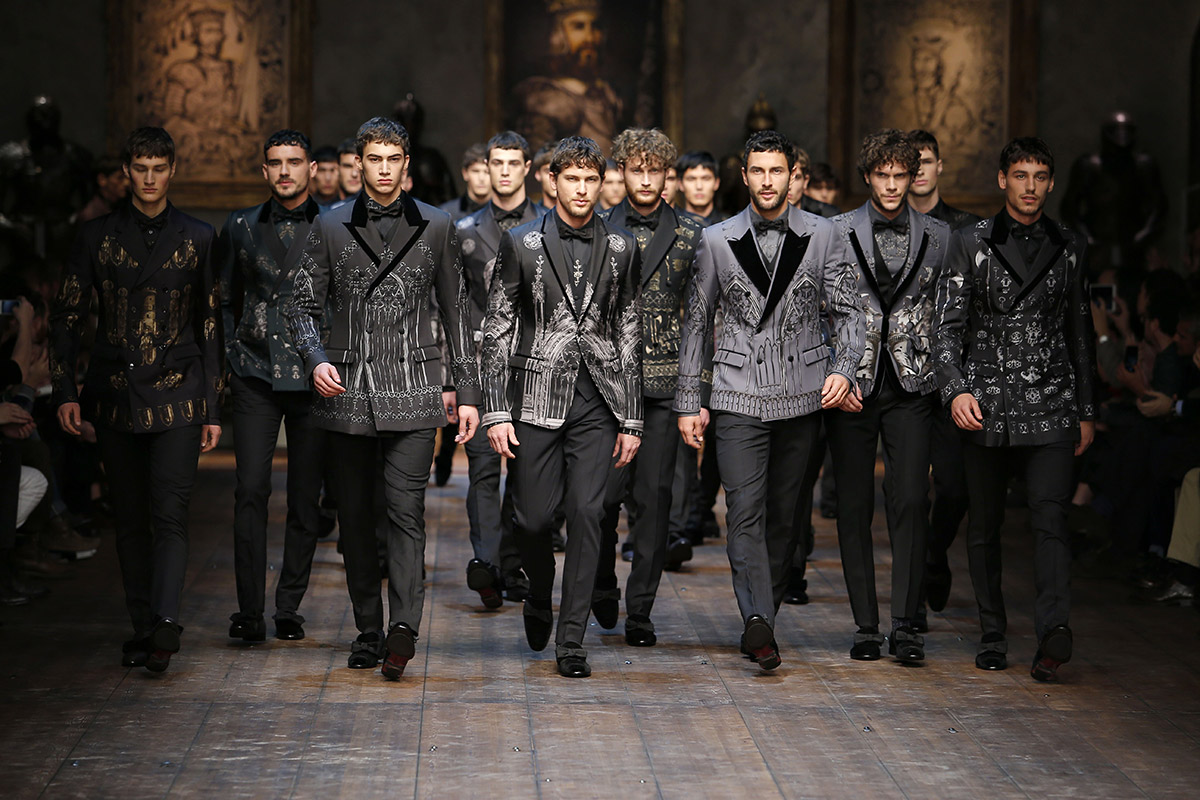 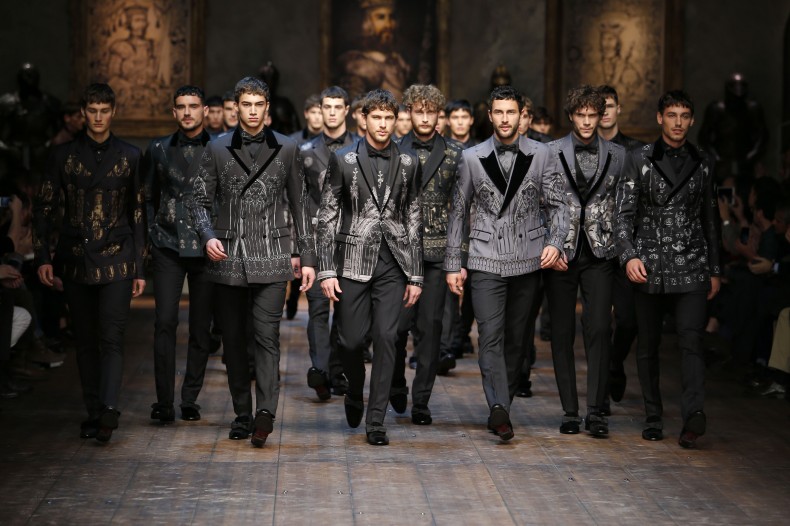 An infantry of iron-clad, medieval suits donned the brown Norman-inspired oak runway in Milan last week. But unlike in recent seasons, the tailored sports coats and straight leg trousers—staples of the classic Dolce & Gabanna—did not come paraded out on handsome Sicilian men scouted from the every day street, as typical for the brand. Instead, a team of familiar—if not just as handsome—faces commanded the show, including seasoned male models such as Tony Ward, Noah Mills, Adam Senn and Elbio Bonsaglio, Evandro Soldati, and Jae Yoo and new faces such as Mariano Ontanon, Arthur Gosses, Alessio Pozzi, Andy Walters, Oliver Cheshire, Sam Webb, Diego Fragoso, Arthur Kurkov, Sacha Legrand, Dae Na, and Sung Jin Park. An appropriate cast for a collection based on conquest. 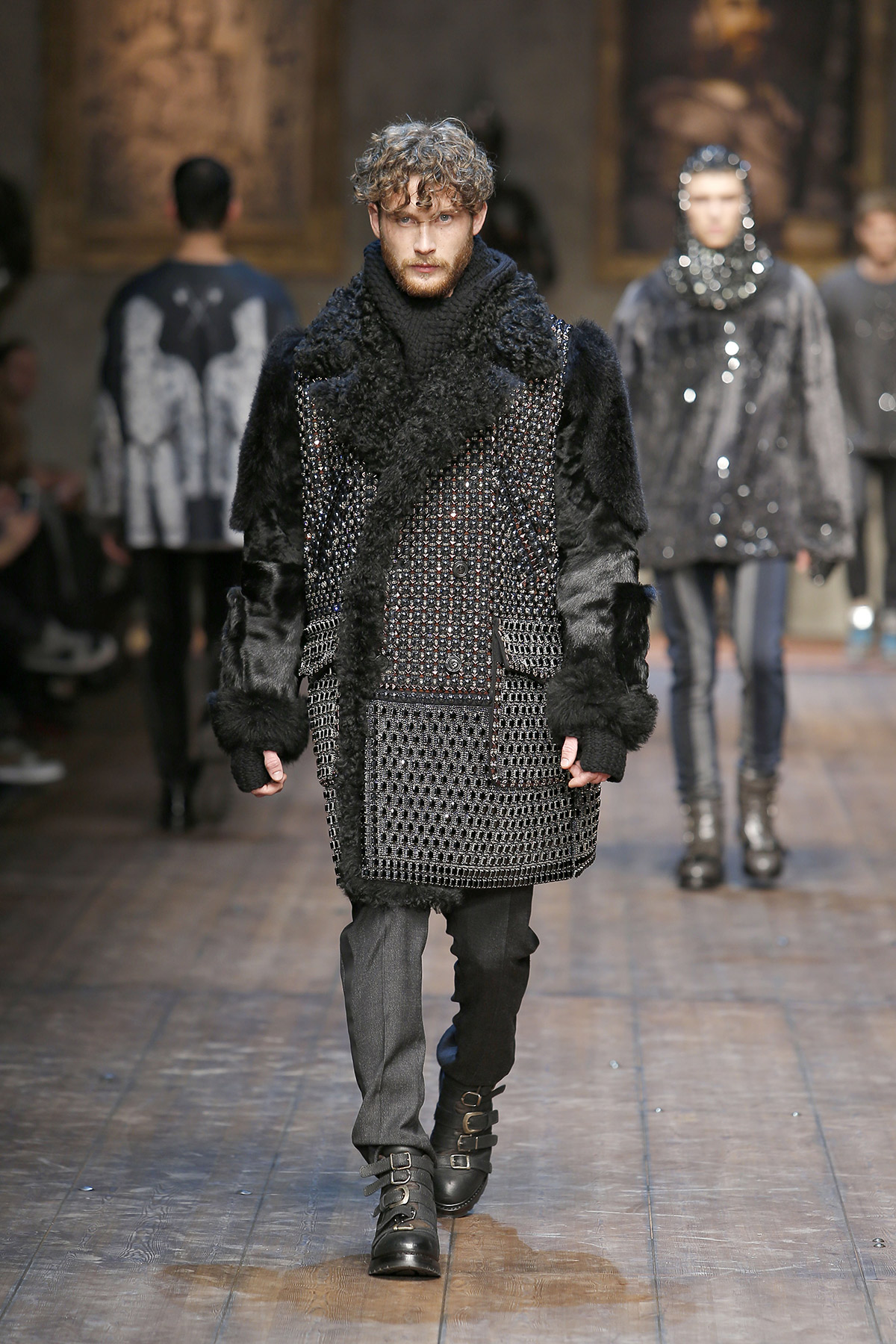 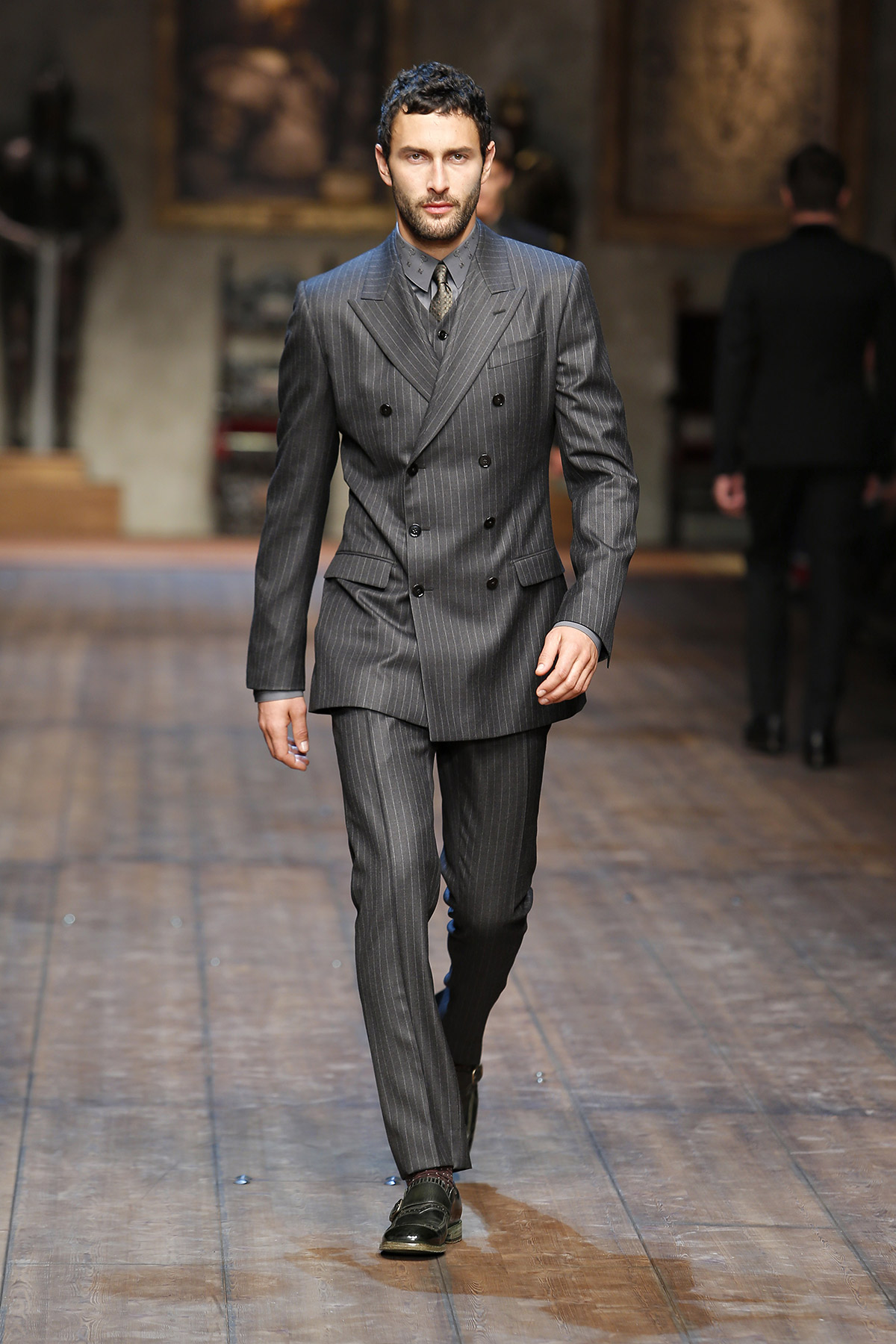 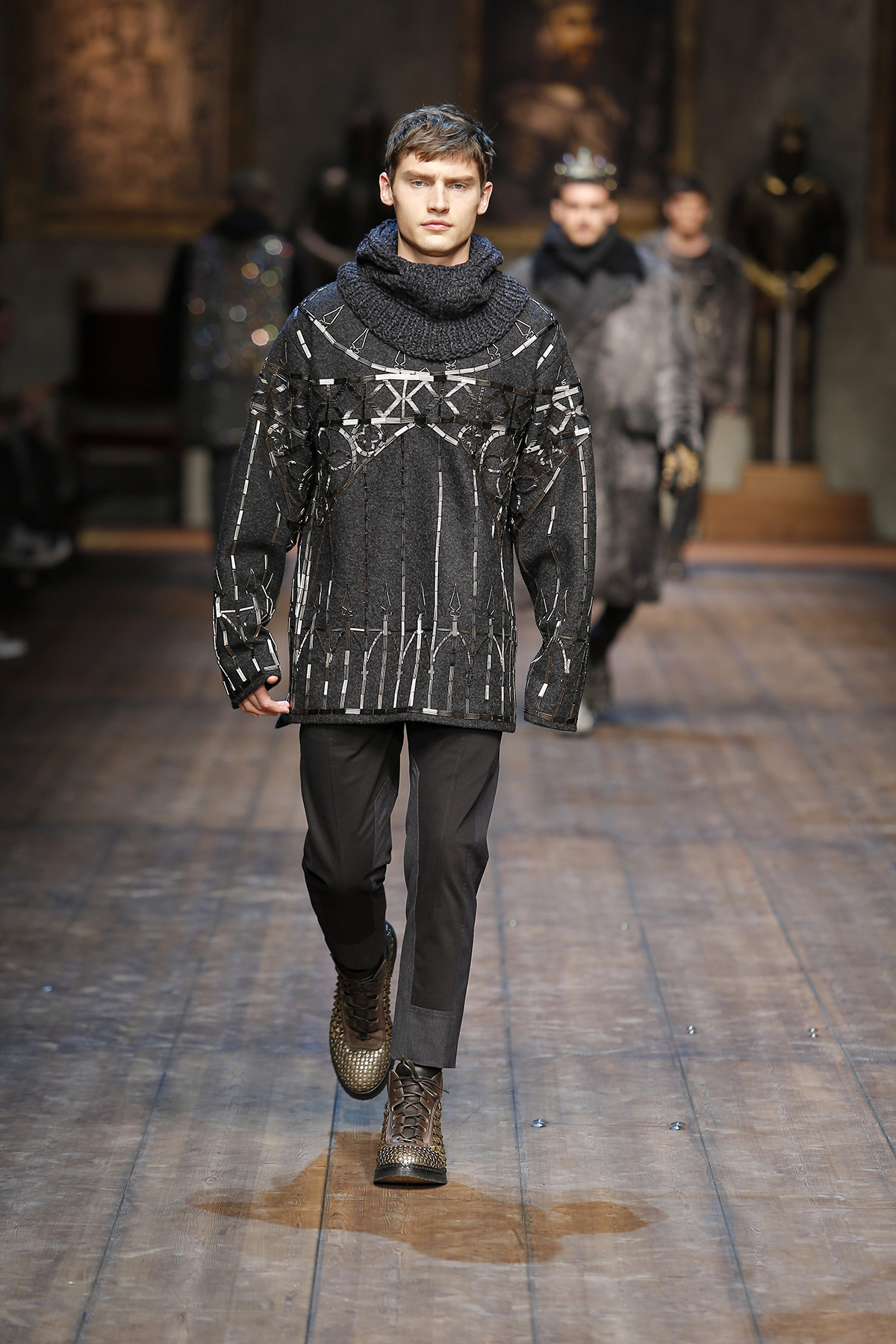 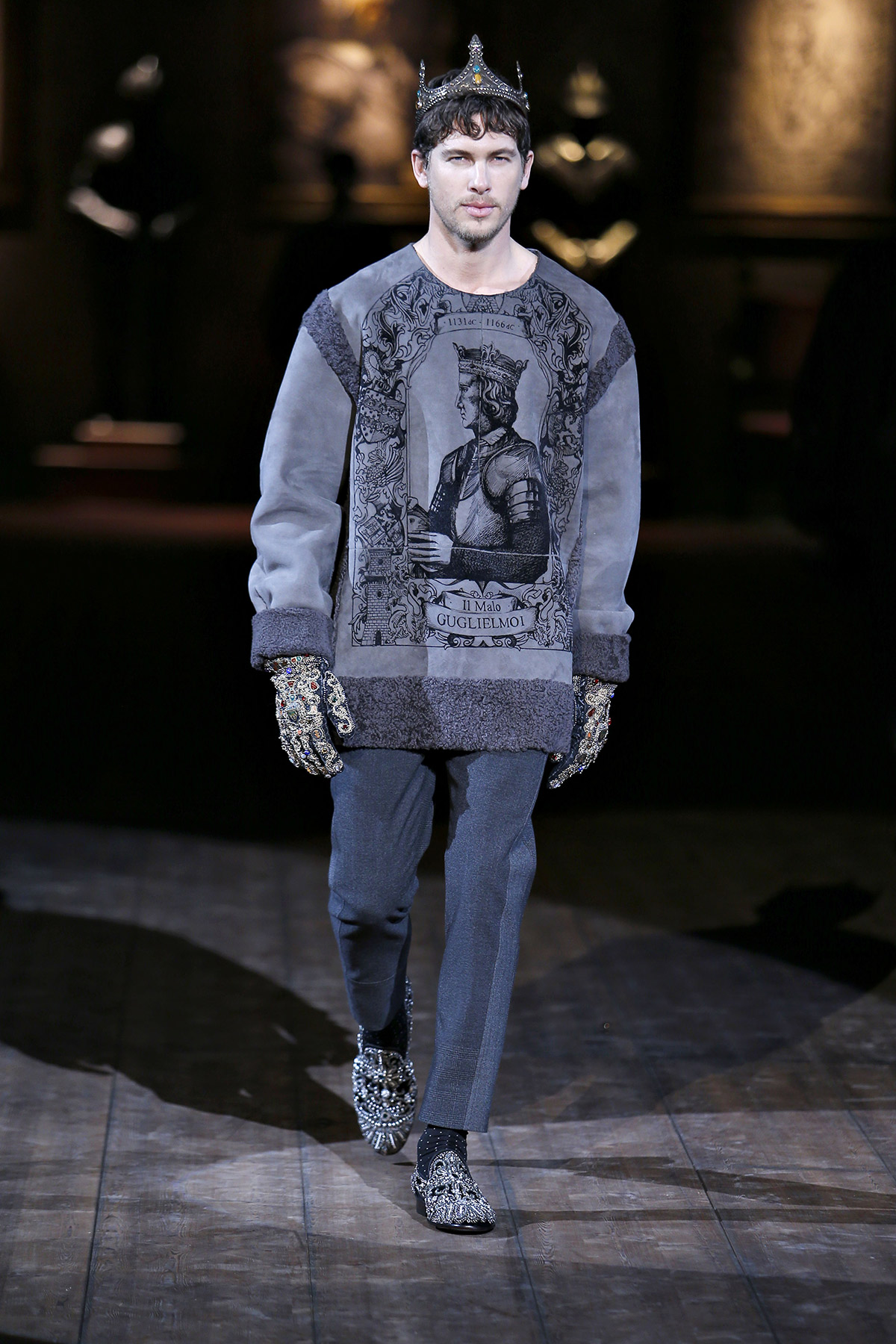 The theme of the night was culture convergence, dating back to the historical invasion of the island of Sicily by a group of Scandinavians in the year 1061, and the group’s rule in the centuries that followed. The succession of Norman kings during these years (Ruggero I, Ruggero II, William I, William II, Tancredi, Henry VI, Federico II and Manfredi) brought with them an affinity for cold, Gothic colors (think Greys, bordeauxs, browns, and bottle greens), embroidery, and religious imagery from the Church of the Martorana. The influence of this escalated in a 75-look runway show that was as powerful as the inspiration it was based off.