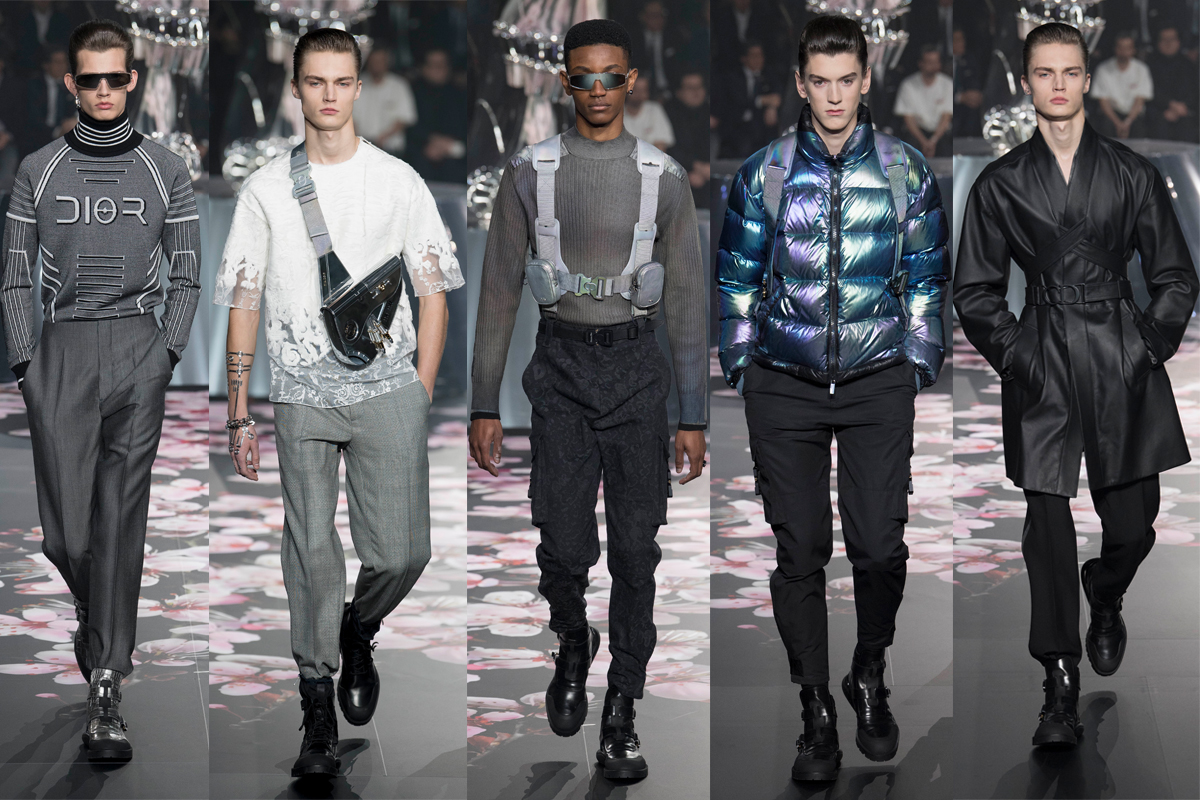 This year has seen a number of high-profile menswear changes — Virgil Abloh took over Louis Vuitton‘s menswear, Ricardo Tisci moved to Burberry, Hedi Slimane took the accent away from Celine and added a men’s show, and Kim Jones was announced as the new creative director for Dior. After a successful 7-year run at Louis Vuitton, his eye for merging street trends into high-end designs seemed a perfect fit for the French label. After a highly anticipated first show for Spring/Summer 2019 — romantic suits in soft colors and lace shirts conveyed a sense of new beginnings — the label made history by announcing it would host a Pre-Fall men’s collection (the first major designer to do so) in Tokyo.

The decision to present this inaugural collection in Japan is based on the label’s history with the country. Christian Dior was frequently inspired by traditional Japanese attire and incorporated various elements (wide sashes and soft, draped fits) into his own pieces. Jones, whose childhood was fairly nomadic, was able to echo this sentiment, integrating Japanese style cues — the final three looks of the show featured kimono-inspired jackets in leather and satin — without veering into appropriation.

The label’s signature tailoring was in full force and enhanced by futuristic sensibilities — full looks in reflective fabrics and holographic accessories indicated a playfully literal yet optimistic look towards the historic label’s future. This was further emphasized with a large sculpture of a cyborg that stood in the center of the venue. Additional streetwear cues — baseball caps, holster-like chest bags (the new fanny pack?), and outerwear — were effortlessly included, again demonstrating Jones’ ability to merge his vision with consideration for current trends and selflessly assimilate them into a label’s own history. Hedi should take note.

Watch the full show below.