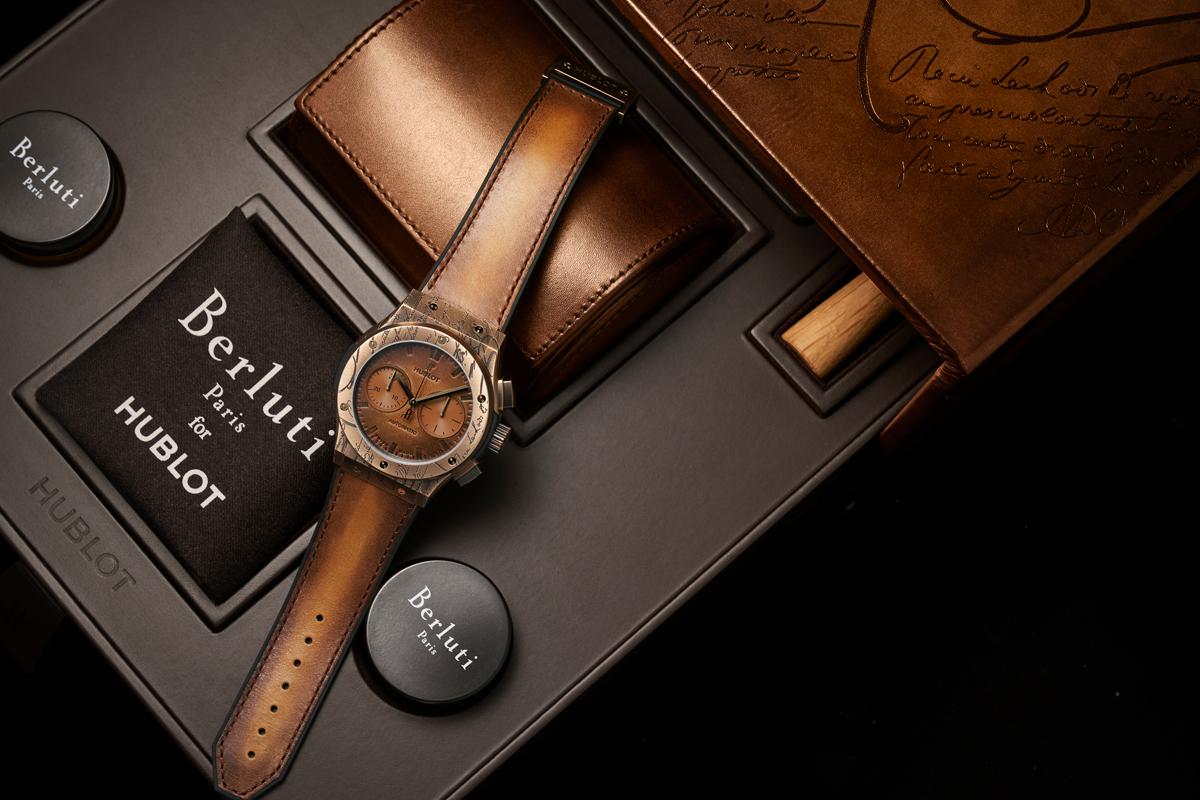 For the fourth release, Berluti and Hublot have once again married the integrity of both firms in truly exquisite fashion. The new Classic Fusion Chronograph Berluti watch series is powered by a HUB1143 caliber and is available in King Gold or titanium, with either a rich brown or cool grey color leather strap — the material has a softly aged look that leaves it with a slight ombre appearance that only enhances its charm.

Additionally, each watch is packaged in a deluxe leather box and case that is inscribed with Berluti’s signature “Scritto” script, which was inspired by an 18th-century French letter that founder Olga Berluti won at an auction. The attention to detail and craft ensures that the packaging is just as remarkable as the watch within. There are even instructions on how to care for the leather inside the case. With a limited run of only 200 models being released this summer, Classic Fusion Chronograph Berluti is a timepiece for the ages.

Hublot CEO Ricardo Guadalupe and Berluti’s managing director Marc Nicolosi unveiled the watch in New York on April 30th with a special event at World of McIntosh in SoHo, where friends of the brand and other guests were treated to a performance by slam poet J .Isaak.

Classic Fusion Chronograph Berluti will launch in Japan from 21 June – 20 July, and globally the next day. 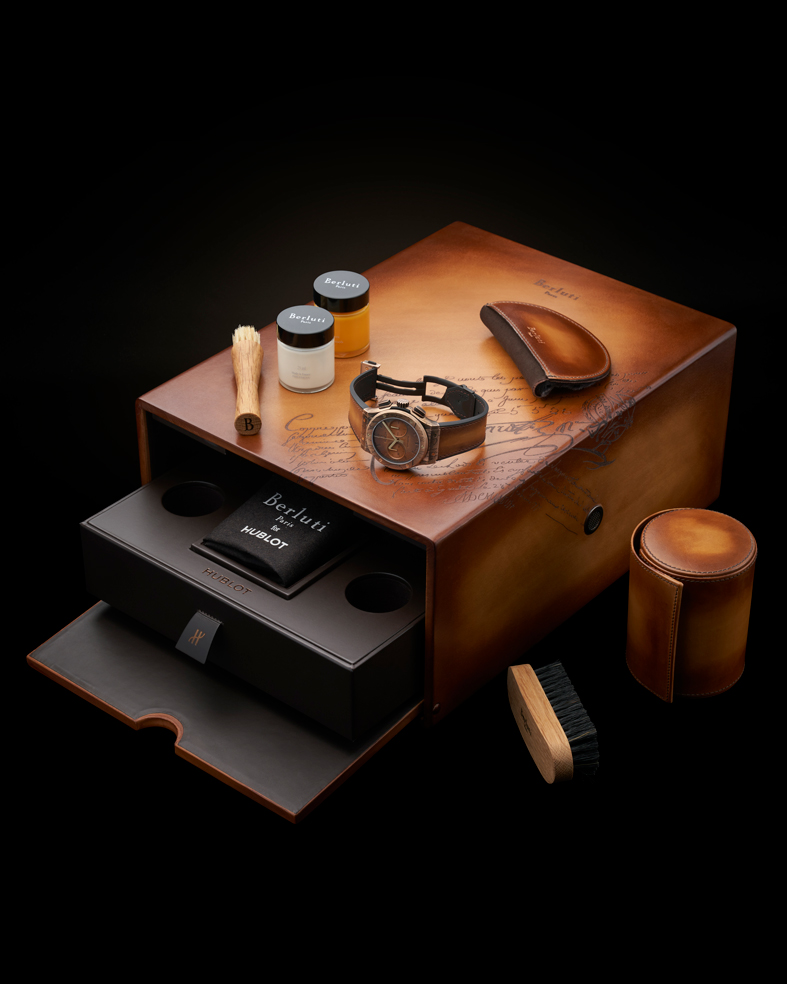 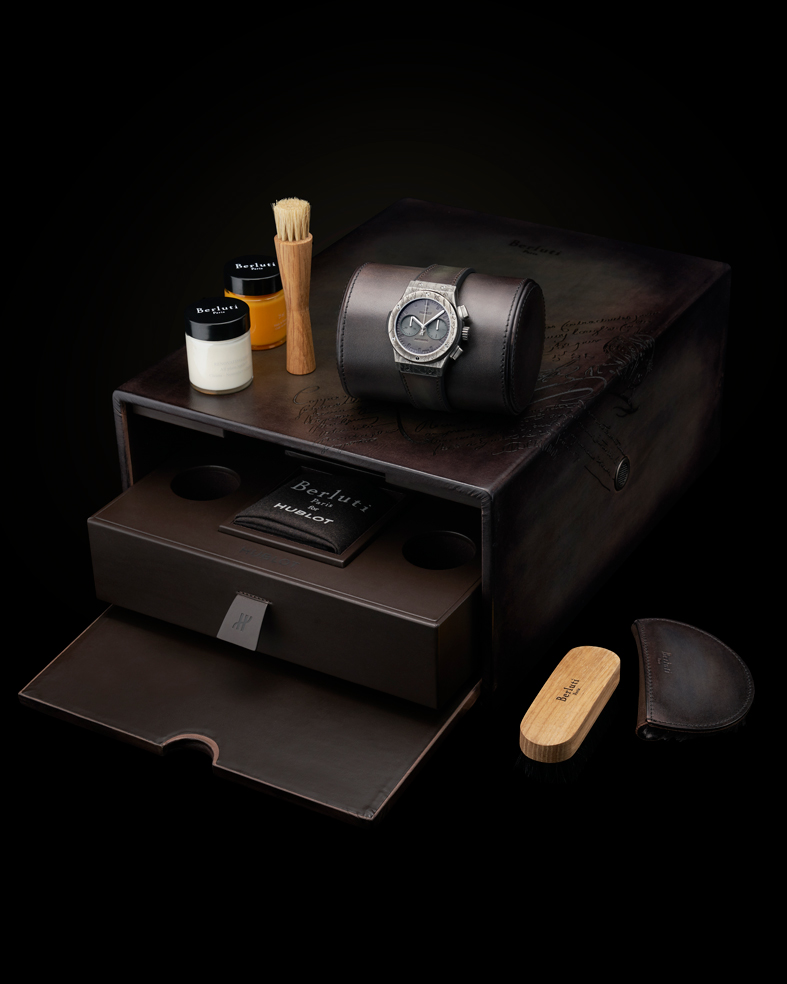