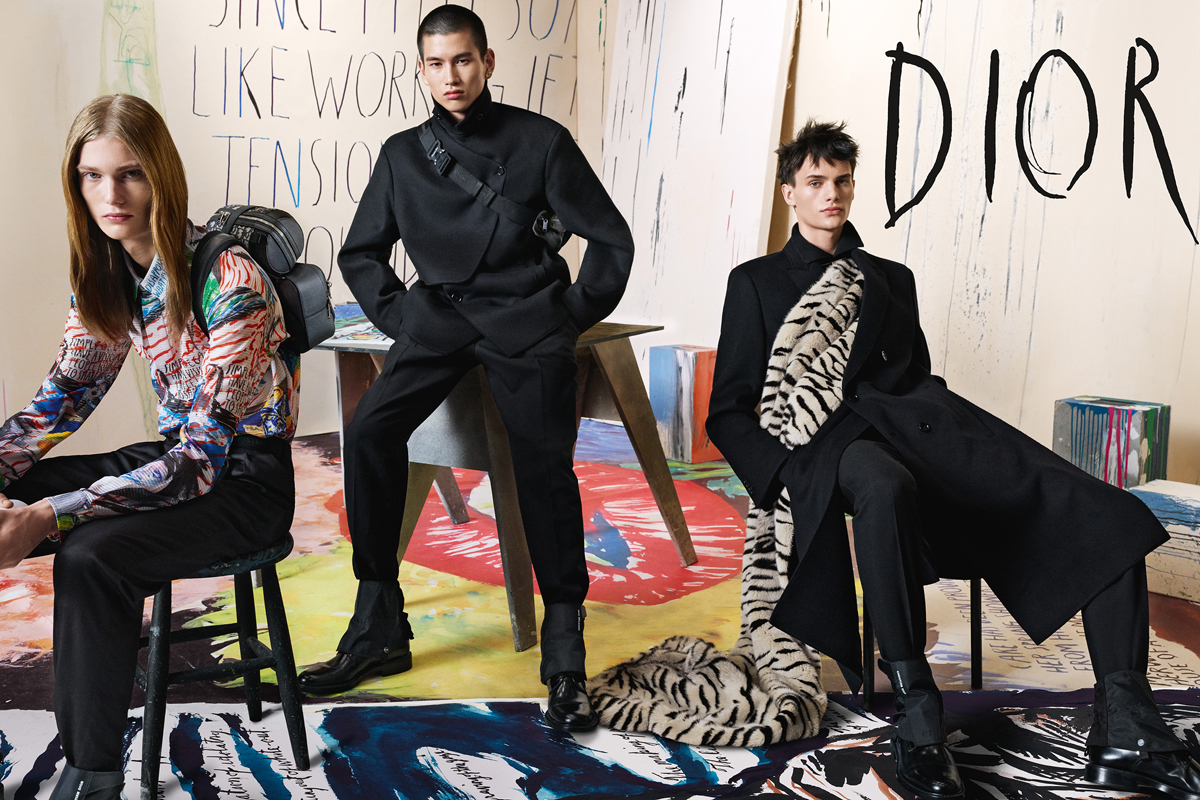 For Dior‘s Fall/Winter 19-20 campaign, Kim Jones enlisted the help of influential illustrator Raymond Pettibon. A major presence in the California punk circuit, Pettibon is known for his political and ironic pieces as well as for designing the iconic Black Flag logo and the cover art for Sonic Youth’s career-defining 1991 album, Goo. His work continues to frequent art scenes around the country.

“We selected some of our favorite pieces of Raymond’s work which had never been seen or shown before because they were things I loved,” Jones said in a statement. In addition to providing several original illustrations as a backdrop for the image series, Pettibon also redesigned Dior’s logo on some limited-edition pieces from the collection. The contrast between the artist’s stark and provoking style and the collection’s own spin on classic menswear silhouettes result in a captivating visual series.

Take a look at some of the photos from the Dior Fall/Winter 19-20 campaign in the gallery above.

A Dior Men’s Store Just Opened in SoHo
It’s All in the Details: Backstage at Dior Men’s Fall 2020 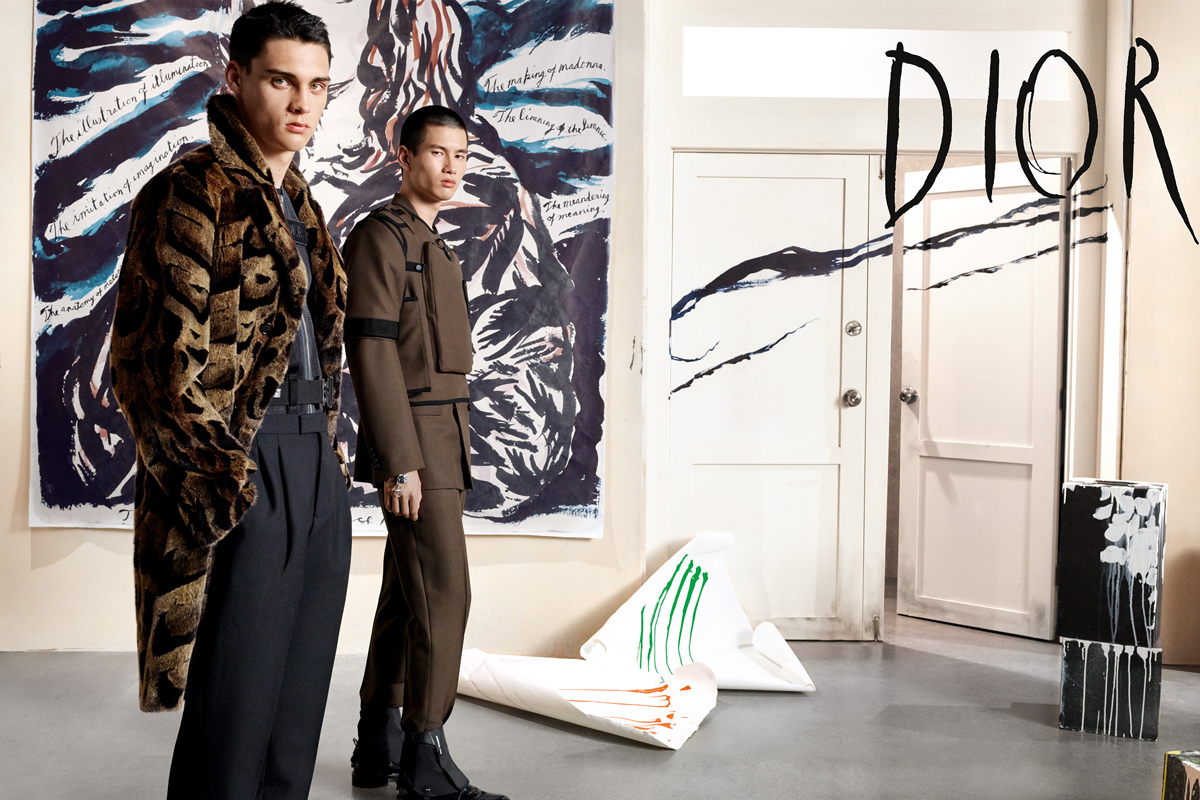 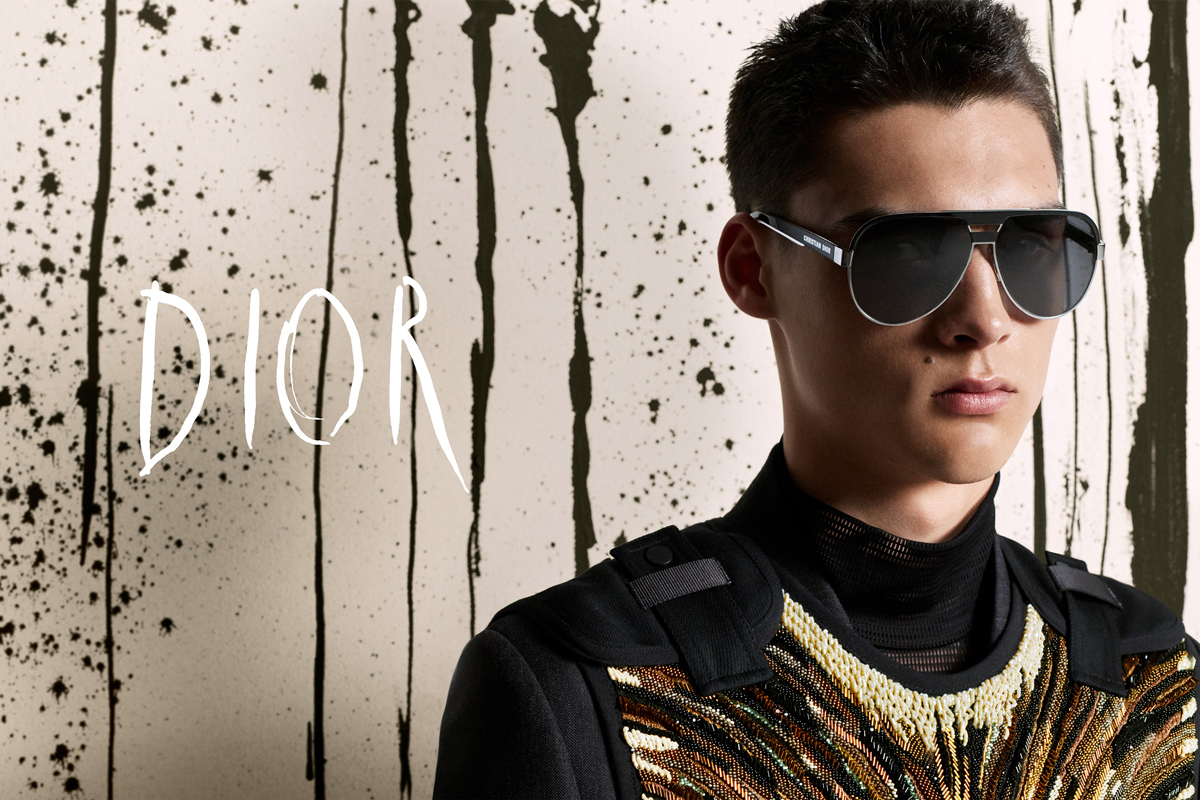 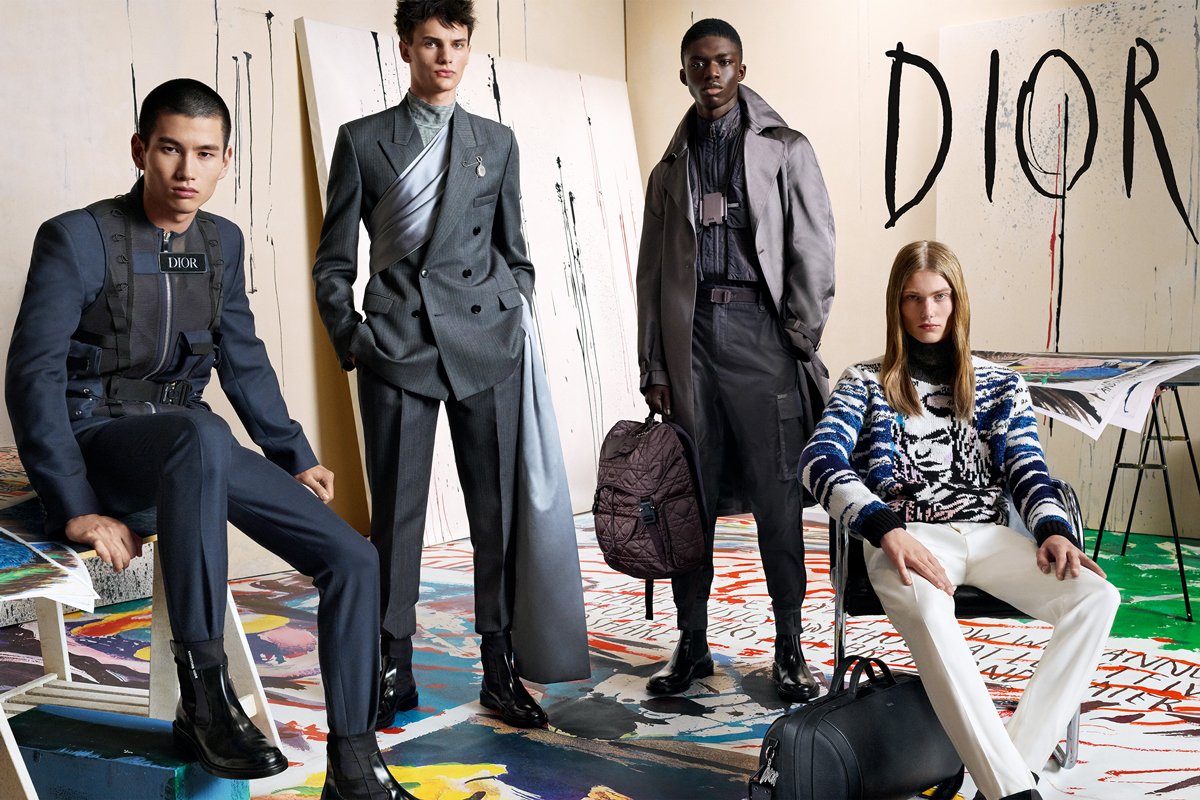