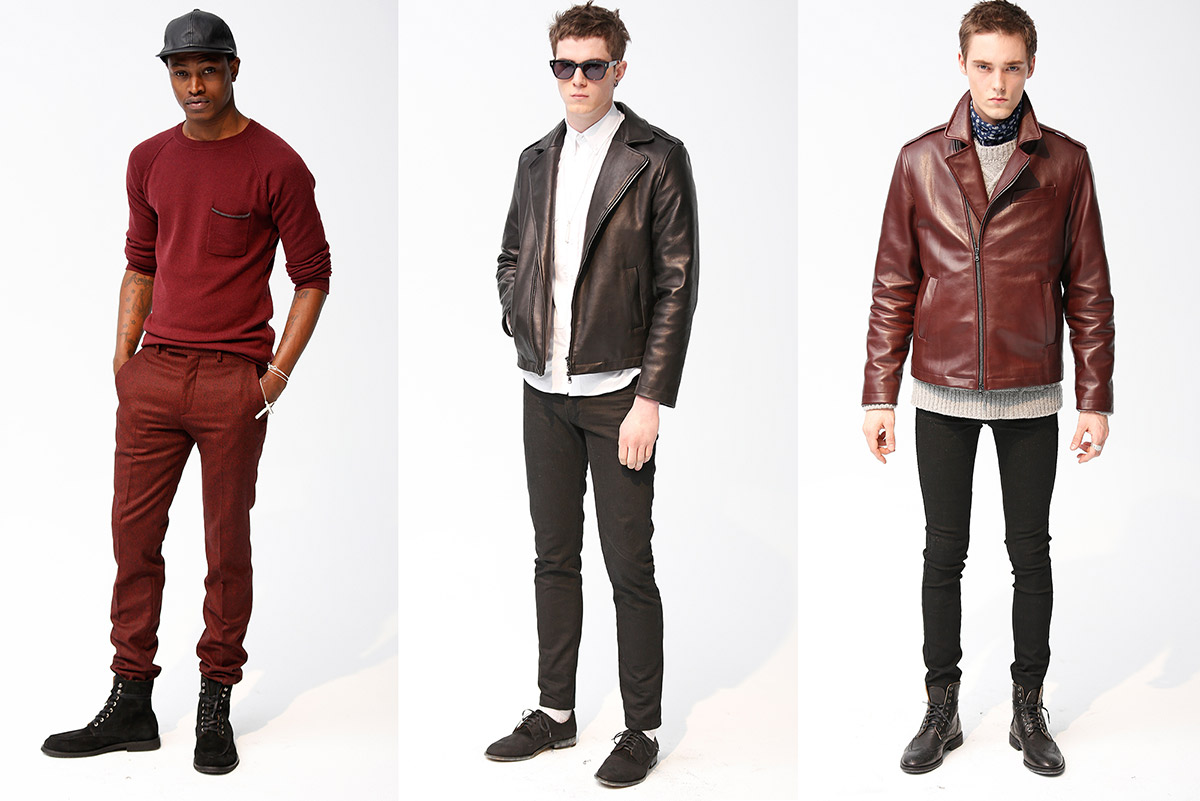 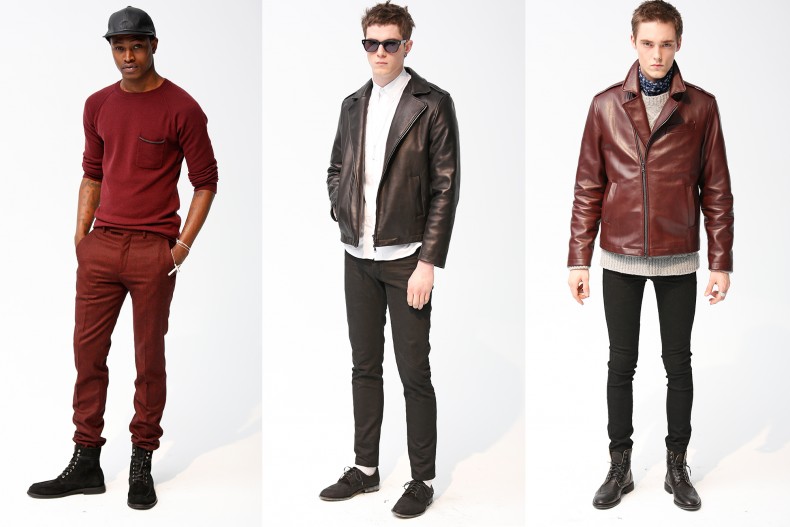 It was an evening of unprecedented toughness for Bespoken last Wednesday, when New York-based designers Sammy and Liam Fayed presented their edgiest collection to date at the first occurrence of New York Men’s Day.  We were impressed and, to be a honest, a little caught off guard. *Moves wallet to front pocket.* 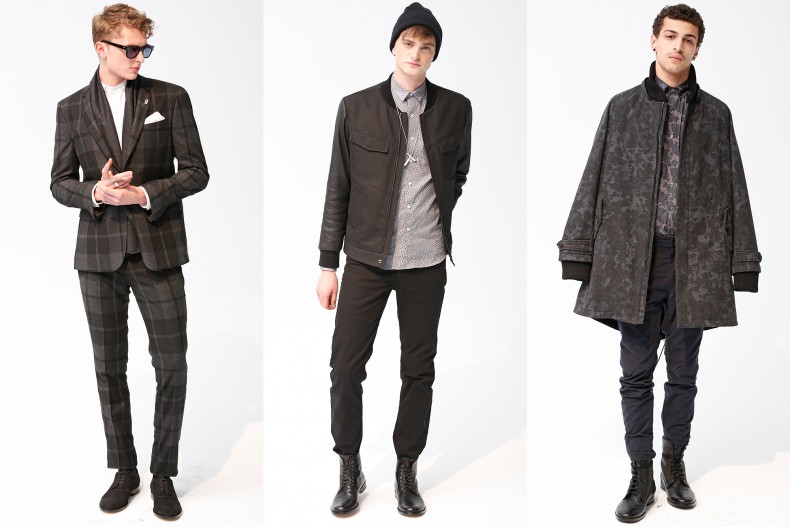 As its name would suggested, Bespoken has seen success for its speciality in tailoring and details since its founding in 2008, but Autumn/Winter 2014 brought with a new type of man for the brand: the Vandal. A blending of the grunge of Downtown New York—think slim leather jackets and slimmer pants–with the buttoned-up, hard quirkiness of London’s East End, the new Bespoken guy is, for lack of a better phrase, kind of a bad ass. An army of ultra-cool outerwear pieces such as hooded and fur-trim blazers and quilted turtle jackets were matched with fitted formal trousers, sweat, and even cargo pants to further emphasize this blending of costume. The palette lived mostly in an industrial space: red copper and burgundy pool overs, swatches of pale olive, silver rings and cooly-placed crucifixes, and steel-on-steel-on-steel-on black, and was further emphasized by combat boots and military details. 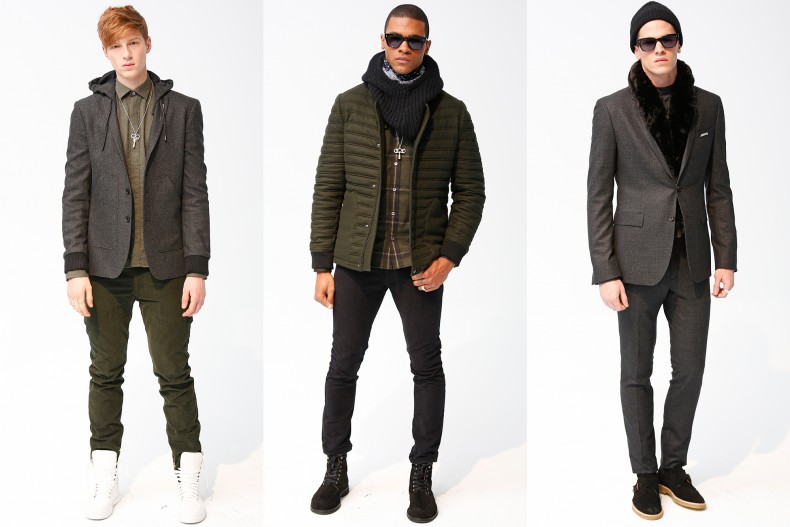