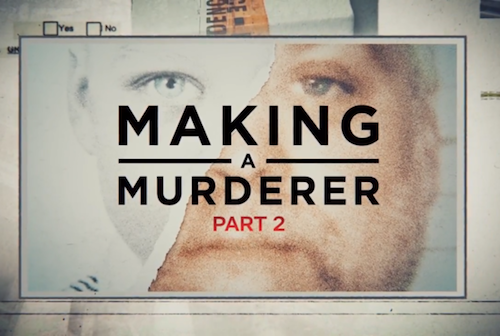 The second season of true crime series Making a Murderer returns to Netflix on October 19th, three years after the first installment. The show tells the story of Steven Avery, who served an 18-year long prison sentence for a crime he did not commit — only to later be convicted again, for the murder and assault of photographer Teresa Halbach in 2005, alongside his nephew Brendan Dassey. Created by filmmakers Laura Ricciardi and Moira Demos, the series was widely acclaimed, turning viewers into armchair detectives since 2015.

Both Avery and Dassey are currently serving their sentences in prison for Halbach’s murder. In October 2017, Avery was denied a new trial, and Dassey’s conviction was upheld by the federal court last December. But the airing of a second season suggests that perhaps there is much the viewers still don’t know about Avery’s story.

Kathleen Zellner, Avery’s new attorney stated, “I have one goal, and that’s to overturn the conviction of Steven Avery.”

The first season was filmed over a 10-year period, exposing the loopholes of US law enforcement, and the controversies surrounding Steven Avery’s first wrongful conviction, and his second conviction after his 2007 trail. The new season is rumored to cover several years of updates regarding the case, as well as elaborate on details mentioned in the first season. On February 22, 2018, a spin-off series, Convicting a Murderer was announced. But until then, we’re anxiously waiting for the next revelation in the saga to come.