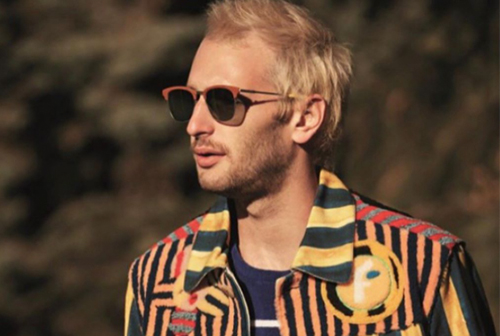 Louis Vuitton delves deeper into its collaboration with seminal artist Jeff Koons, who discusses the anticipated Masters Series in a short video. The collection features paintings by five of the most famous artists in history—including Da Vinci, Van Gogh, and Rubens—reproduced on iconic Louis Vuitton bags. Neither Koons nor Louis Vuitton will let you forget the original painters, either; the artists’ names are splashed across the bag in gold, resembling brand logos—a statement straight out of Koons’ gallery.

The Tribeca Film Festival announces its jury of filmic and cultural groundbreakers for this year’s festival, including such names as Brendan Fraser and Zachary Quinto. This year, New York designer Rag & Bone will premiere its film “Hair,” a reflection on hairstyling’s effects on personality.

ESSENTIAL HOMME August/September 2016 cover star Hopper Penn breaks free of his actor moniker with a first look at his Fendi Eyewear campaign from Wilhelmina Models. Featuring the same loud and proud prints of the brand’s Autumn/Winter 2017 runway at Milan Fashion Week, the images cement the young star as a fashion mainstay, his long-running Fendi partnership only just beginning to heat up.