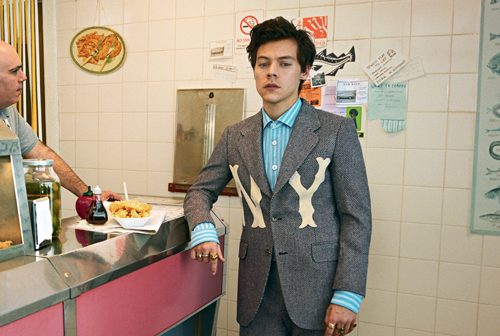 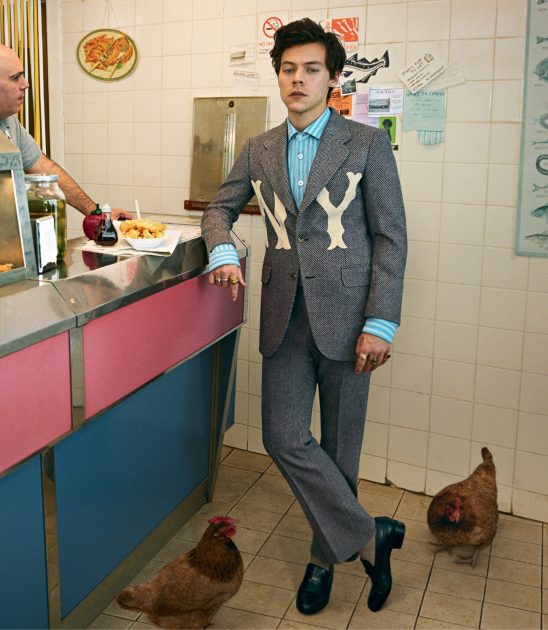 Heartthrob and international pop icon Harry Styles is the newest face of the Gucci Men’s Tailoring campaign. Styles, who’s currently on a world tour supporting his eponymous debut album which was released last year, has frequently donned the brand. The singer’s New Romantic-esque look certainly reflects a maturity beyond his boyband days, and demonstrates his impeccable taste, which makes this casting fit perfectly. For the campaign, the 24-year old was photographed in a fish and chip shop alongside a few animals, including a cow and chicken. Check it out below.