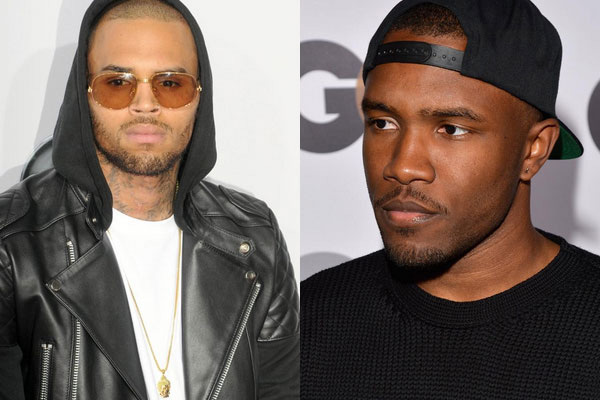 Chris Brown is not too bummed out by Frank Ocean canceling his performance at this week’s OVO Fest in Toronto. For starters, the rapper has problems of his own: He’s due back in court on August 16 for a hearing related to a May hit and run. And now Ocean has taken that popular tumblr of his and revealed lyrics to a remix of Migos’ Versace (no audio). The image, seen below, reveals two things. For one, Frank Ocean writes his lyrics in TextEdit. Perhaps he should try a google doc or, at the very least, make sure he saves his work regularly. The image also reignites his long-standing beef with Chris Brown.

Exhibit A: “Versace Versace I’ll play the piano I’m not Liberace / You could stay seated I’m taking that Grammy your music is sloppy.”

Exhibit B:”Marina Abramovic Riccardo Tisci Madonna Beyonce And Donatella if you don’t believe me believe what the blogs say / We was all at the table.”

Exhibit C:”You had you a lady, then she hurt your ego, now you can’t forgive her.”

The song has yet to be released and Brown has yet to respond. One thing remains certain: TextEdit is not down for the count. 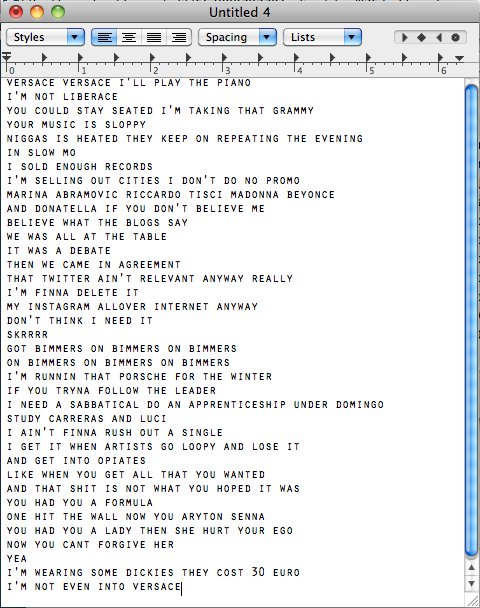