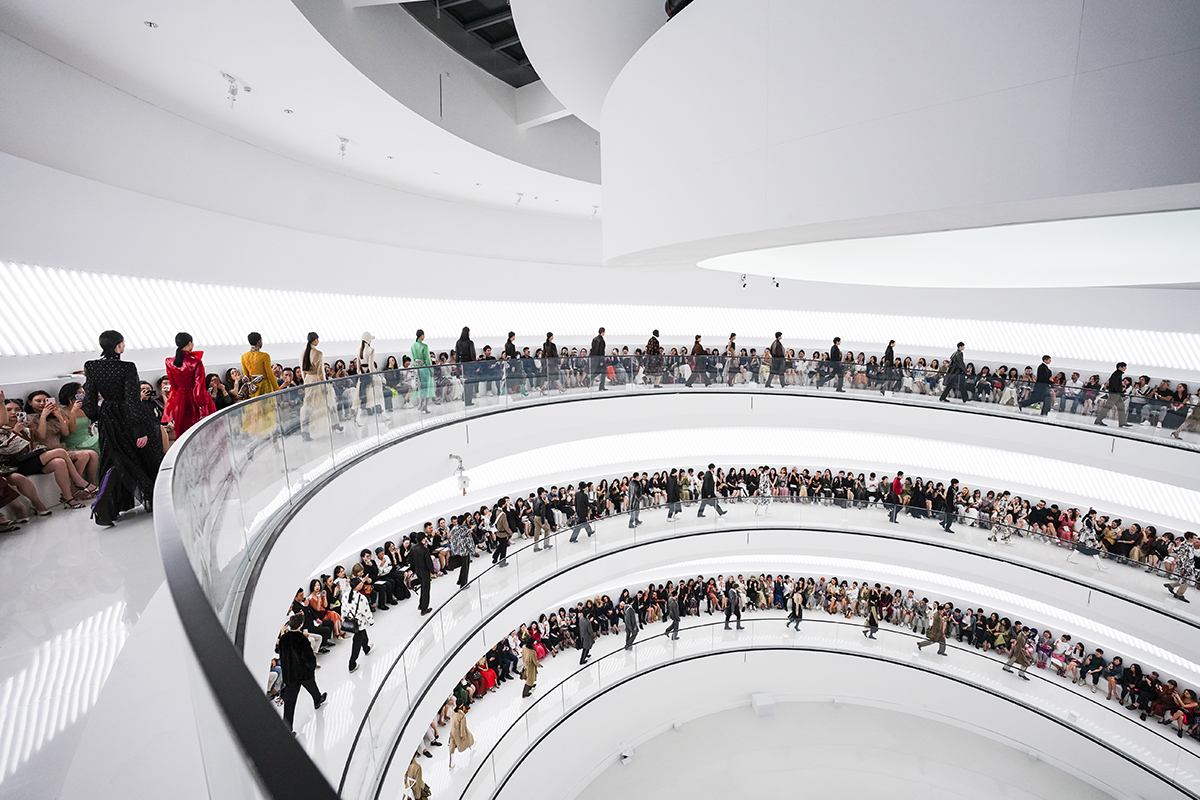 Over the weekend, models strutted down a spiral runway at the Fendi Fall/Winter ’19 show in Shanghai’s Powerlong Museum. This marks the first time the Italian designer has presented its men’s and women’s collections together.

The show opened with one of the new men’s looks, which featured a tan suit with black lapels, and a nude-colored mesh turtleneck styled under a button up shirt (a recurring motif in the show), and white patent leather boots that gave off a downtown rocker vibe. Another standout was a printed varsity-like jacket that combined different colorful graphic prints, from a four leaf clover to the designer’s distinctive logo, in a playfully striking contrast to the otherwise tailored and traditional menswear.

Take a look at some of the men’s looks below. 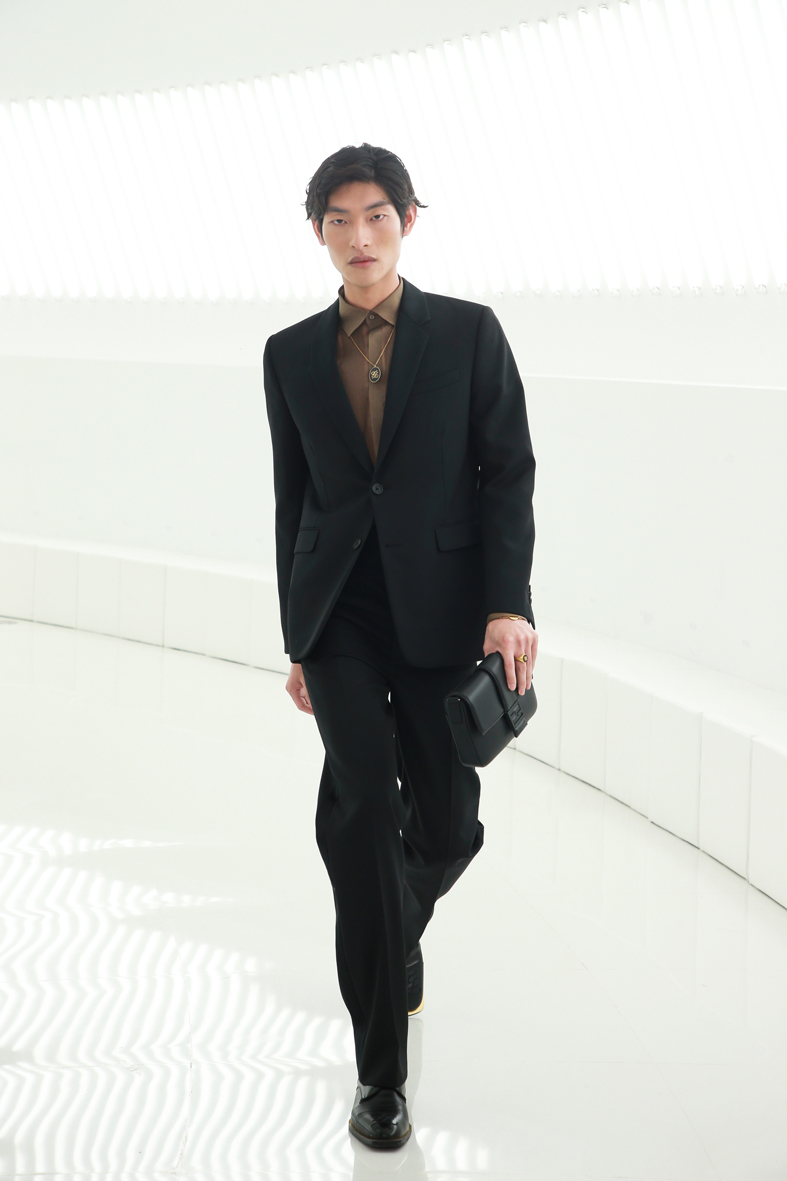 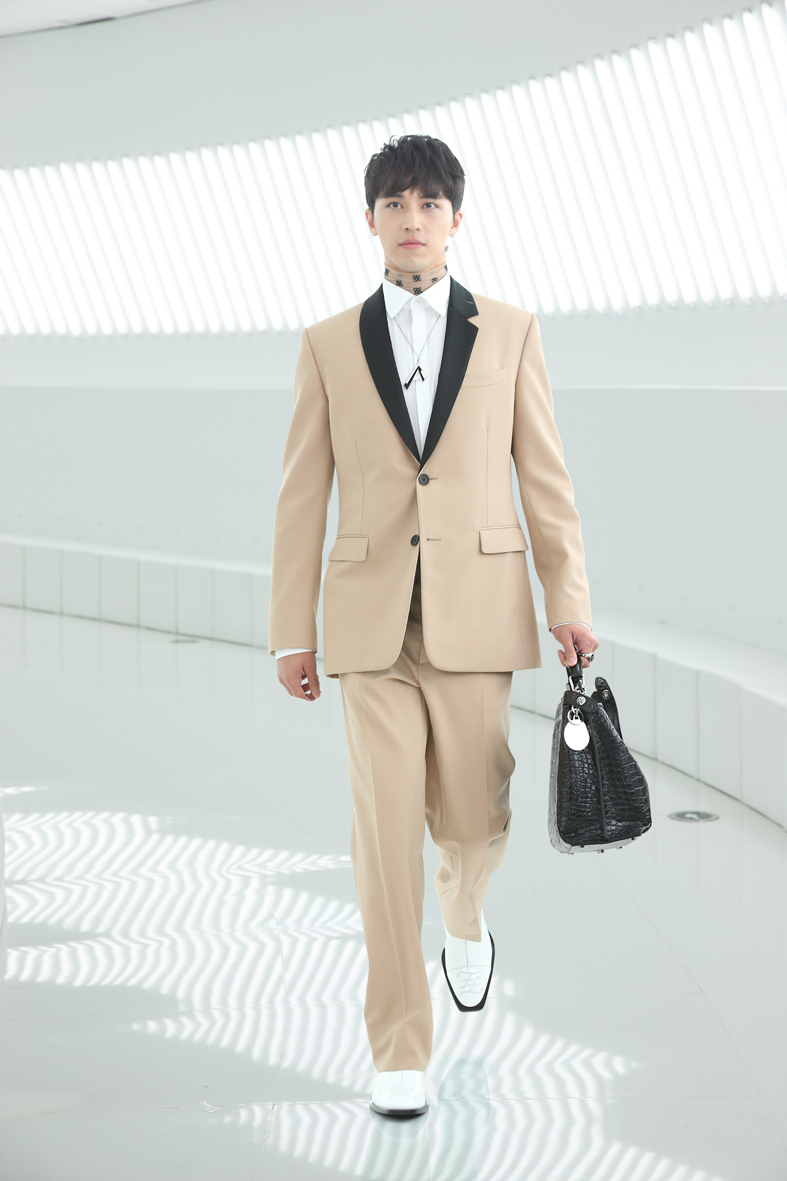 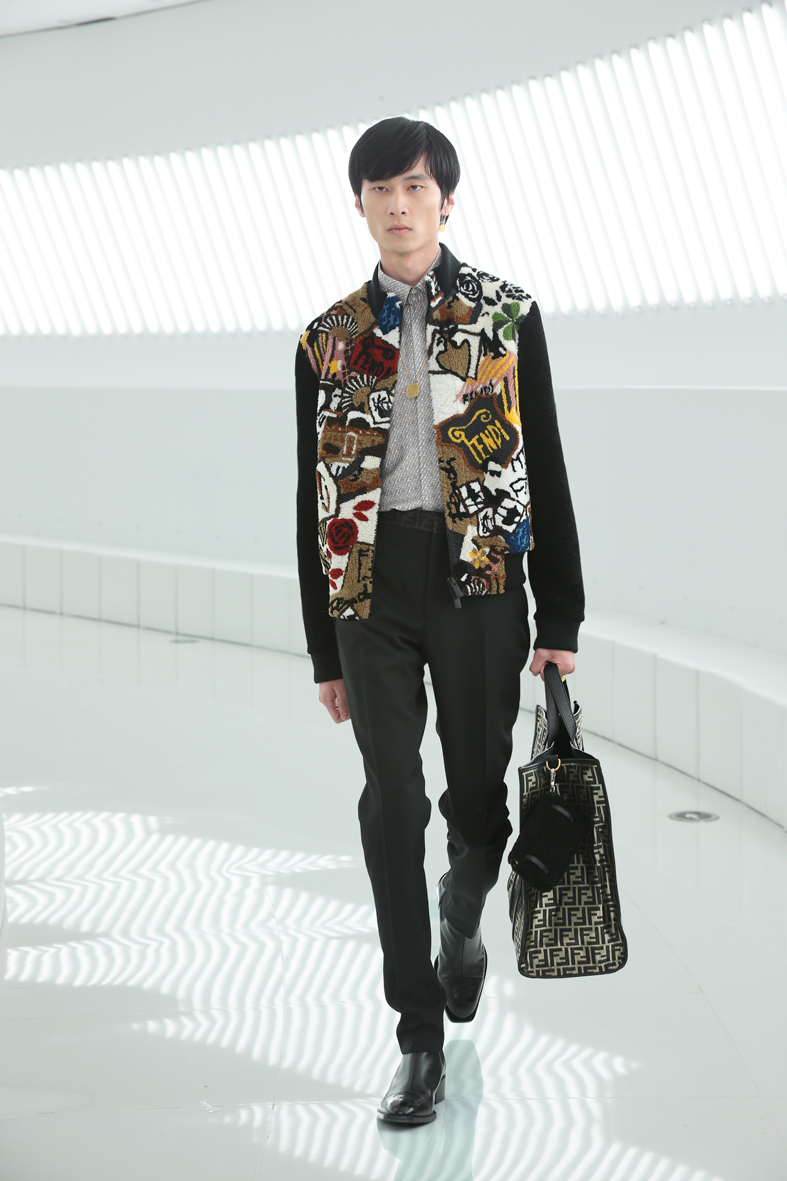 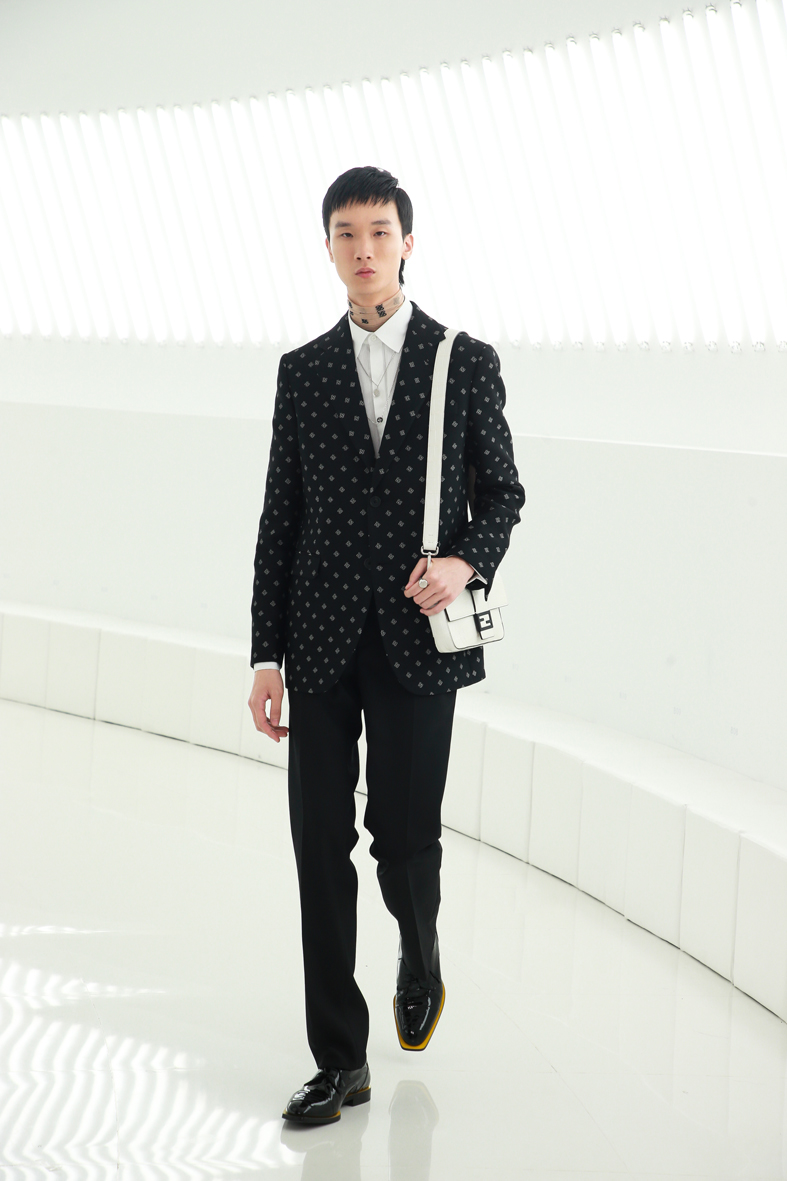 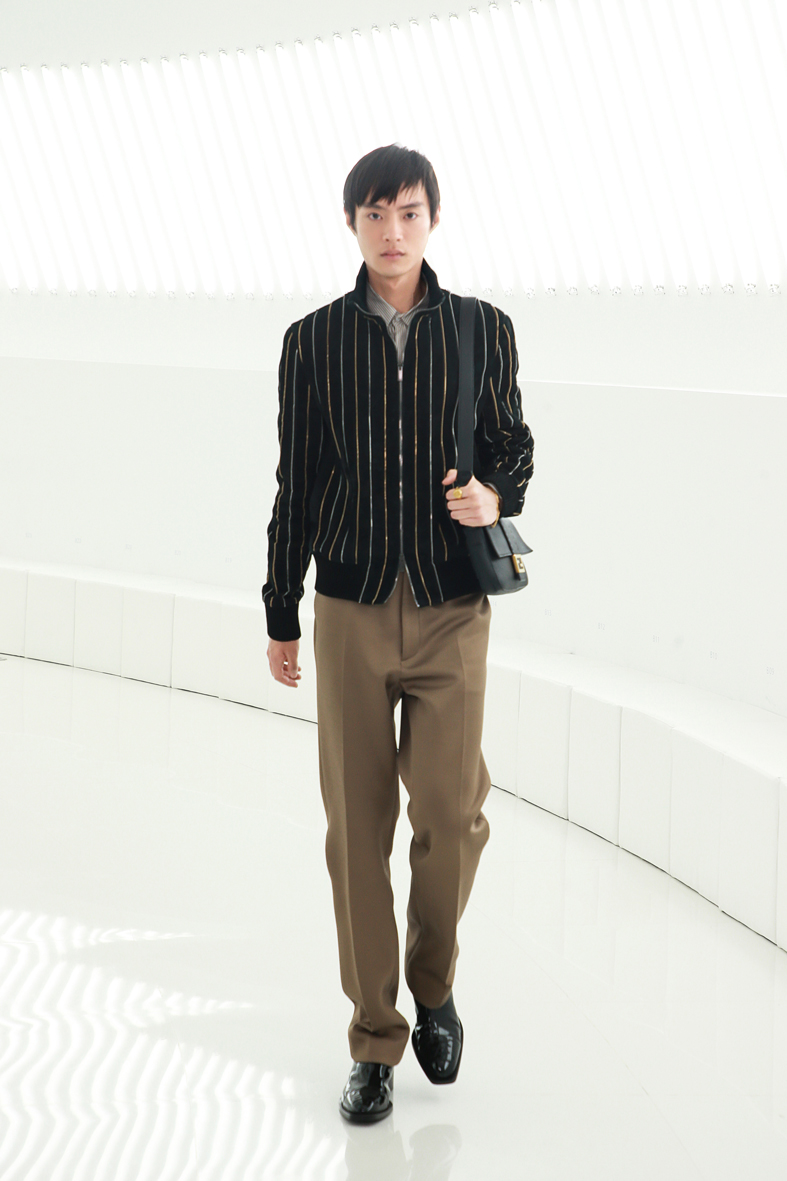