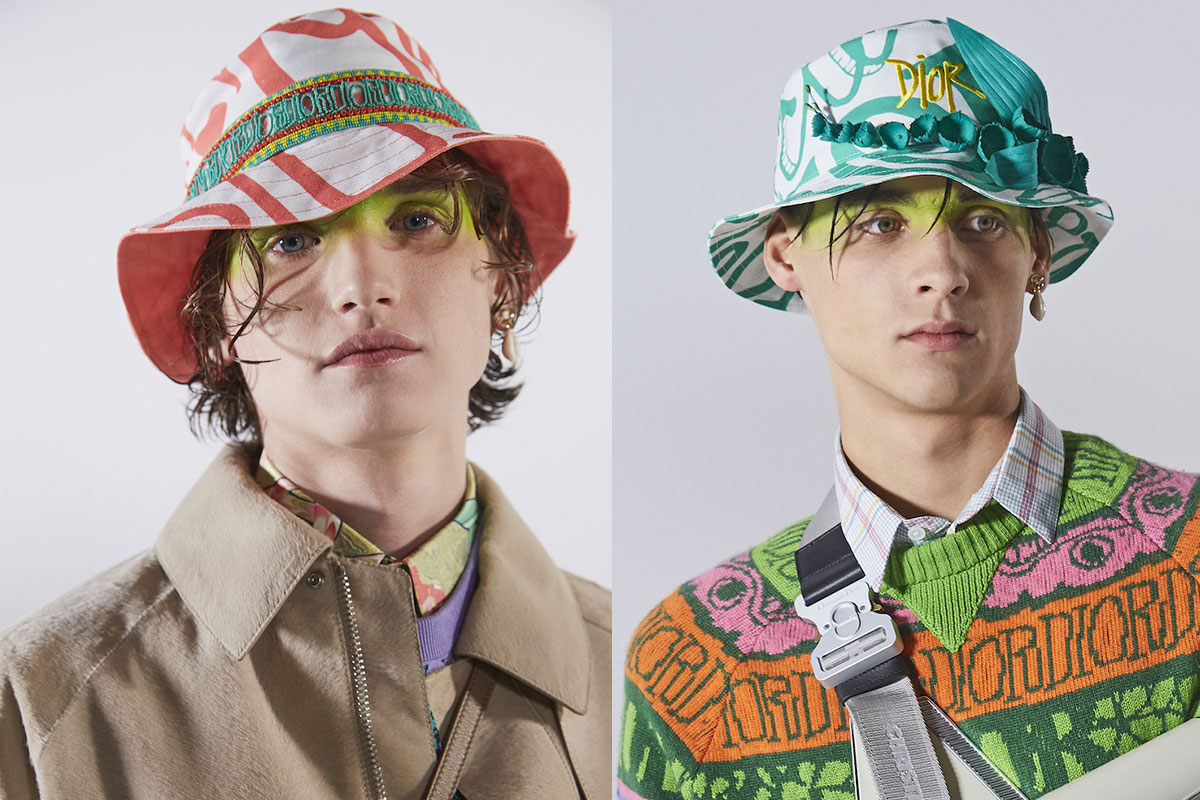 Dior Men’s Fall 2020 collection designed by Kim Jones debuted last night at Miami’s Rubell Museum. Just over a year-and-half since working with the brand, Jones has once again confirmed his own signature touch. His Fall 2020 collection is another breaking of the rules featuring untailored pieces, loose form, subtle florals and color, and an overall bohemian turn of events. The result is a true influence by the destination following last year’s show in Tokyo similarly inspired by the Orient. Jones has, however, promised Vogue.com a more tailored and a proper “haute couture” show to follow in Paris in January. 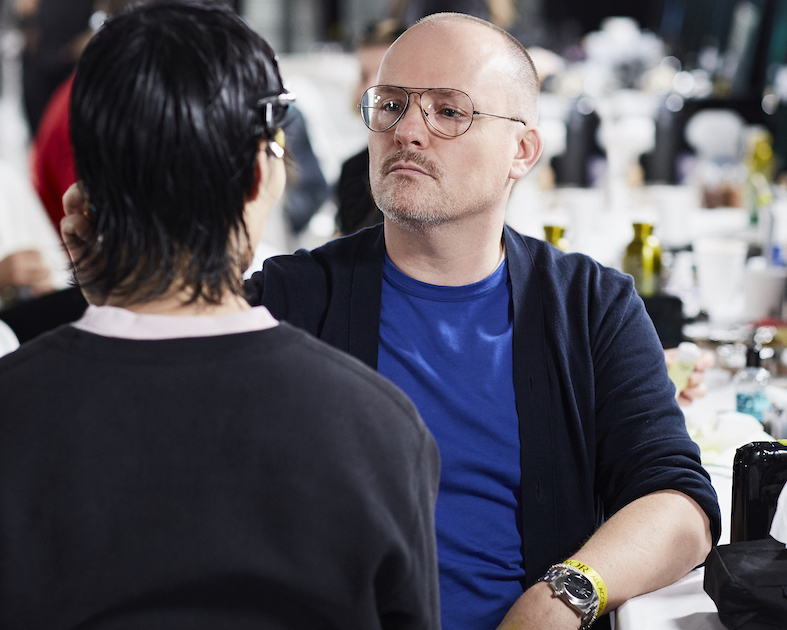 The grooming, helmed by Peter Philips, focused on the eyes in a futuristic “Blade Runner”-inspired spirit. Philips took to the natural beauty of the models and their skin only enhanced with products from the Dior Homme Dermo System line. The Dior Backstage Face & Body Primer settled the tones in place and the foundation evened out the complexion. The result is more resemblant of a dewy summer skin on the Côte d’Azur rather than flashy Miami grooming but completes the ready-to-wear with a French touch. Given the whimsical vibes, Philips sprayed a strip of yellow and green colors across the eyes with an airbrush for a futuristic summer look that focuses on the eyes under the bucket hats. Underneath those, the hair was styled with a laidback wet-look. 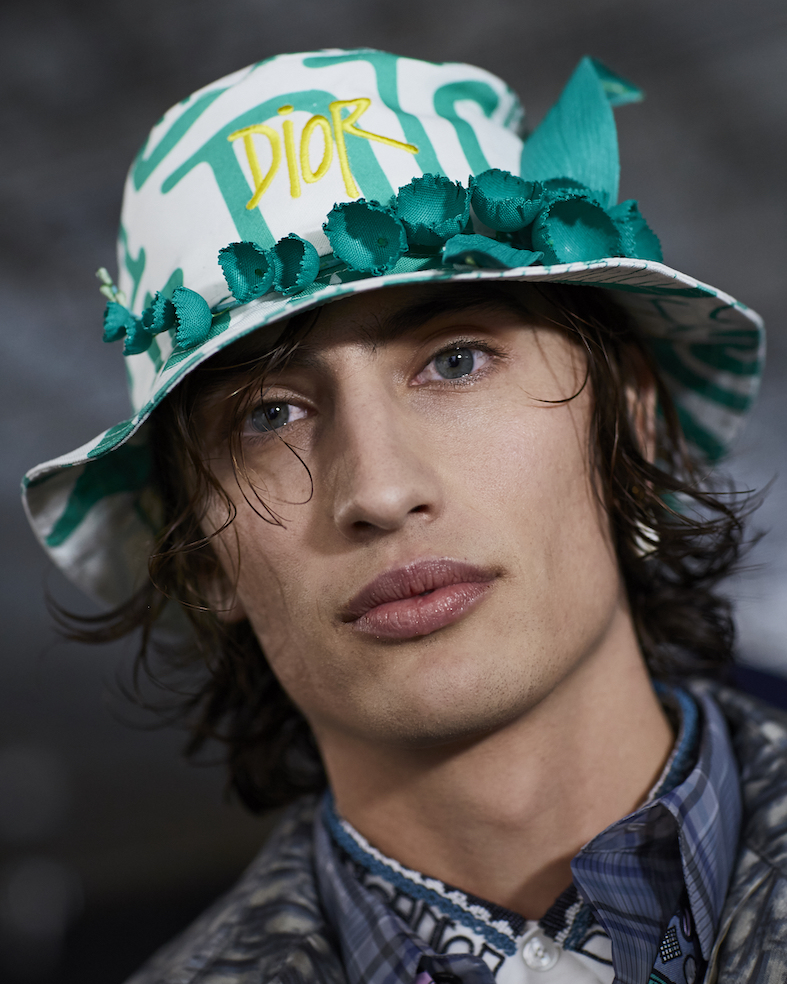 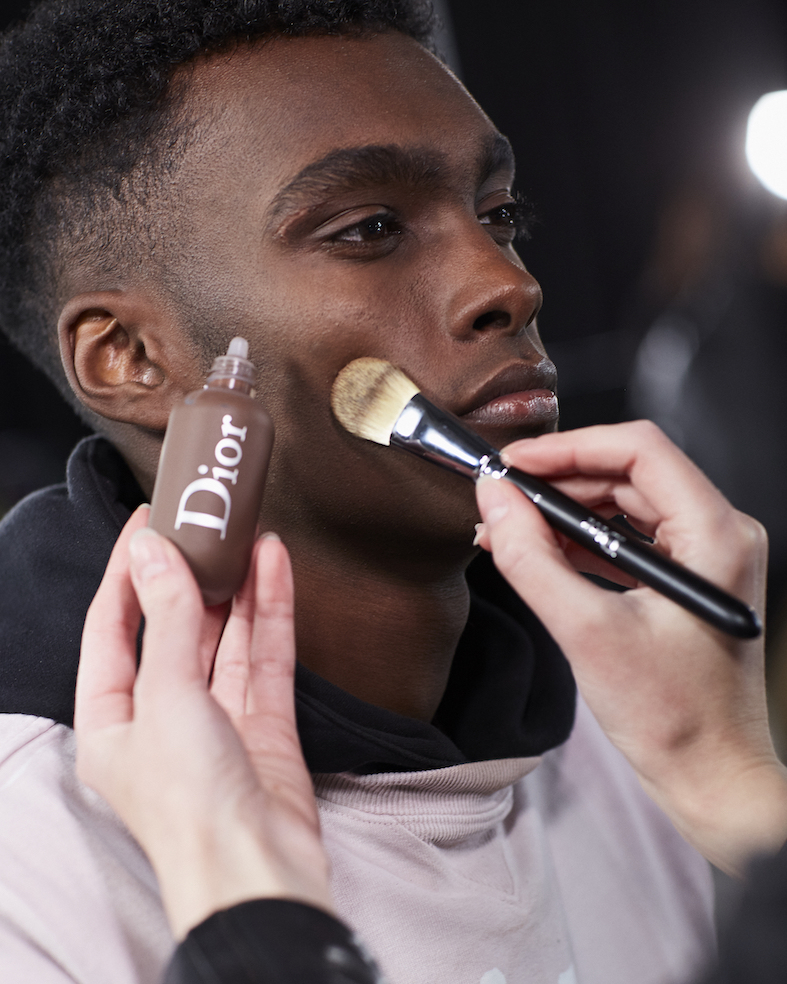 A Dior Men’s Store Just Opened in SoHo
It’s All in the Details: Backstage at Dior Men’s Fall 2020