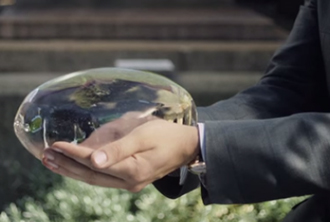 Ermenegildo Zegna Creative Director Stefano Pilati has teamed up with acclaimed South Korean filmmaker Park Chan-wook (of Oldboy fame) for an impeccably stylish four-part film entitled “A Rose Reborn,” whose last episode premiered at Shanghai Fashion Week last night. The partnership between Pilati and Park arrives as a meeting of powerhouses, and the enigmatic film embodies the pair’s creativity. Starring actors Daniel Wu and Jack Huston, the movie itself is an aesthetic tour de force focused on the brokering of a clandestine business deal. Zegna’s renowned suits feature heavily, as the two characters exchange clothes in mysterious rituals at each of their meetings. Check out the film in its entirety above.