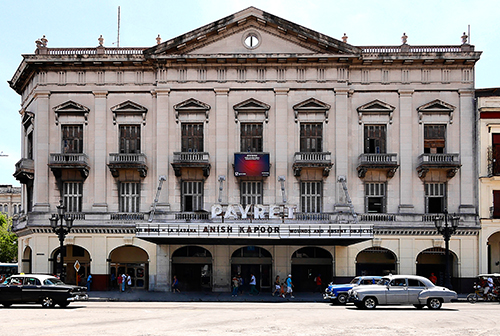 Esteemed for its continuous dedication to merging art and fashion, Louis Vuitton announces its latest effort in supporting the art world, only this time, it is in one of the most coveted places right now—Cuba. The French luxury fashion house is sponsoring artists for the 12th Havana Biennale in Cuba—including Anish Kappor, Carlos Garaicoa, Daniel Buren, José Yaque, Michelangelo Pistoletto, Nikhil Chopra, and Shilpa Gupta represented by Miami’s Galleria Continua—which began in May 22 and extends through June 22, 2015. Founded in 1984, the Havana Biennial initially began as an art festival to benefit overlooked creative minds of Latin America and the Caribbean, and has since been the artistic staple of gathering and exhibiting non-Western art. Acknowledging the geopolitical reconfiguration that recently occurred and the global attention the nation has thus garnered, this edition’s theme is “Between the Idea and Experience,” where the works are not presented within the confines of the traditionally central exhibition, but within Cuba’s curiously remarkable capital itself. The goal is to experience the works in the context of Cuba’s cultural and historical heritage, to have art “spill out of the galleries, bursting into the streets which will be bubbling with ideas.” Between the idea and experience is a vast and varied space of possibilities, and Louis Vuitton’s sponsorship of the event will open the venue to a wider audience to witness and embrace the remarkable diversity of identities in the territories and surfaces that have yet to be seen.