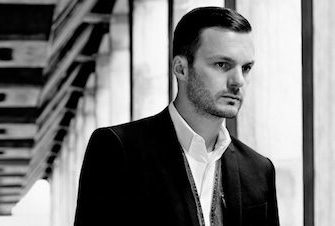 AFTER 11 YEARS @DIORHOMME, TIME HAS COME FOR ME TO MOVE ON TO NEW ADVENTURES. I THANK MY WONDERFUL TEAM WITH ALL MY HEART. #krisvanassche #kris_van_assche #krisdior

After 11 years serving as artistic director, Kris Van Assche is leaving Dior Homme, the French designer announced earlier today. Former Louis Vuitton artistic director Kim Jones (who announced his own departure earlier this year — watch his final show here) has been announced as his replacement. Accordingly, Van Assche will be reassigned to another brand under the LVMH Group in the near future.

Kim Jones’ first collection for Dior Homme will be presented during the coming June 2018 Men’s Fashion Week.He will join the company of Maria Grazia Chiuri at Dior women’s haute couture and ready-to-wear. His streetwear credibility is expected to seep through in Dior’s usually slim-tailored ensembles, as street influences continue to infiltrate the luxury space.