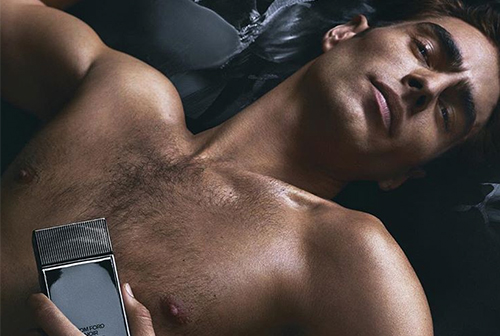 Salvatore Ferragamo updates the traditional loafer and slip on for Autumn/Winter 2017, rebranding the designs with texture to add a contemporary flair. With dark blacks, deep purples, a smoky grays, the collection stands firm with one foot in tradition and the other in a low-cut future.

After debuting an Autumn/Winter 2017 campaign of tumbling, jumping grace, Vivienne Westwood releases a look behind the scenes with this GoPro-shot visual. With the National Centre for Circus Arts doing what they do best, the go-green collection reveals its playful, eco-charged energy.

ESSENTIAL HOMME February/March 2016 cover star Theo James stars in The Scent Intense, a fragrance and accompanying campaign for the latest his/her offering from Hugo Boss. With heavy visual contrast mirroring the powerful ginger and cardamom of the scent, the campaign assures it’s okay to #getcloser.

Unapologetically embracing its British heritage, Ben Sherman unveils a look at its Spirit of Mod Autumn/Winter campaign—a music-heavy journey through one of England’s iconic fashion movements. Now’s the time to rediscover the Beatle-favorite newsboy cap and effortless aristocratic edge.